You are here: Home / Positive Parenting Strategies / Why Punishment Is Ineffective & What To Do Instead 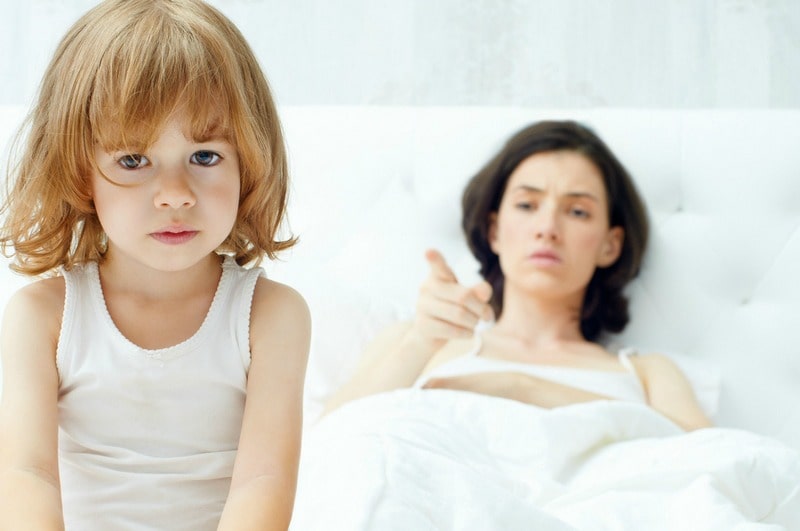 As parents, it becomes easy to default to punishment. For many of us, it’s how we were raised. And when we see temporary compliance, we assume it works. Here’s what research says about punishment in the longterm as well as more effective alternatives rooted in positive discipline.

As a young boy in Catholic school, my dad remembers being pulled out of class. (He may have deserved that part of it).

The priest asked him to stand one inch from a brick wall. After being chastised, the priest slammed my dad backwards finalizing his penance.

Thankfully, corporal punishment is no longer used in schools and has vastly departed from households. While this is a huge step in the right direction, many of us were nevertheless raised using less physical forms of punishment.

Because it’s part of our personal history, it can feel almost instinctive to parent using punishment.

No one wants to raise children who don’t listen. When our children defy us, we want to stop their bad behaviour as fast as possible.

And when we punish children, we typically see the behaviour stop.

When we achieve our desired outcome temporarily, all seems well.

On top of it, when children don’t listen, they can trigger our anger. If we yell, inflict a penalty, such as grounding them or even spanking them, children react with disappointment or frustration. We perceive their feelings as remorse. And as a result, we deduce that we’ve done a good job because the child now understands he was bad. Punishing starts making sense.

The effect on our children is much different than our perceptions, though. 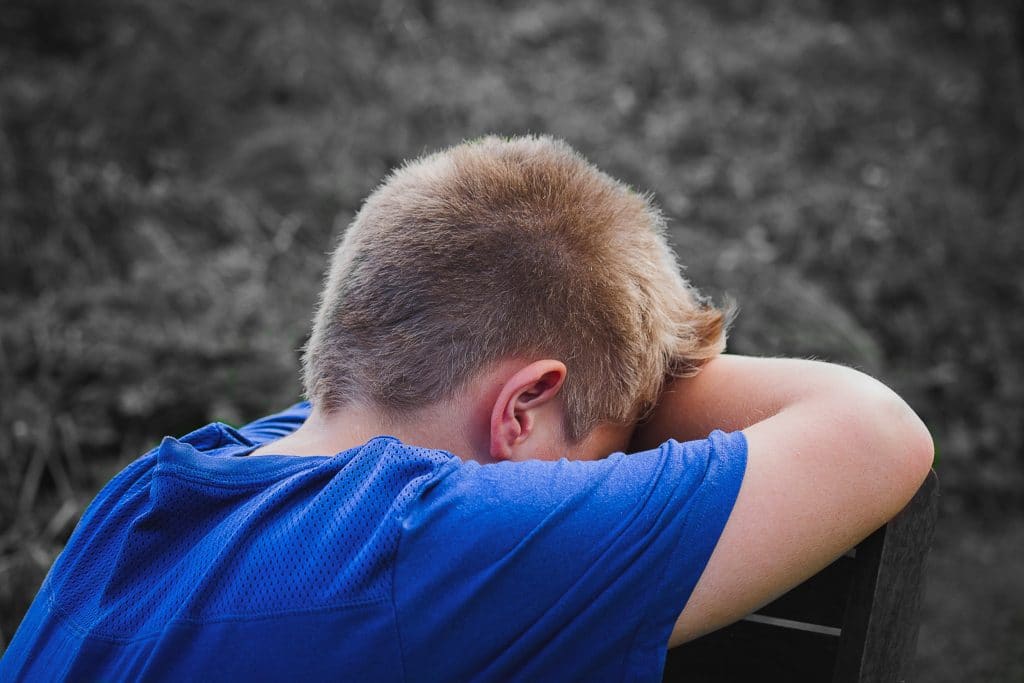 Why research says punishment is ineffective

When we punish children, we typically see the behaviour stop (1).

And so, we figure it’s worked.

We achieved our desired outcome temporarily so all seems well.

The actual impact on our children is much different than our perceptions though. Extensive behavioural studies have shown that punishment can result in an increase in obedience, but does not actually accomplish internalized moral reasoning (2). What most of us want are children who do the right thing whether we are with them or not. Punishment only results in a fear of being punished. This “…is not an effective deterrent unless there is a real chance of being caught.” Additionally, when a child feels ignored, punishment can act as a reward for poor behaviour (3). 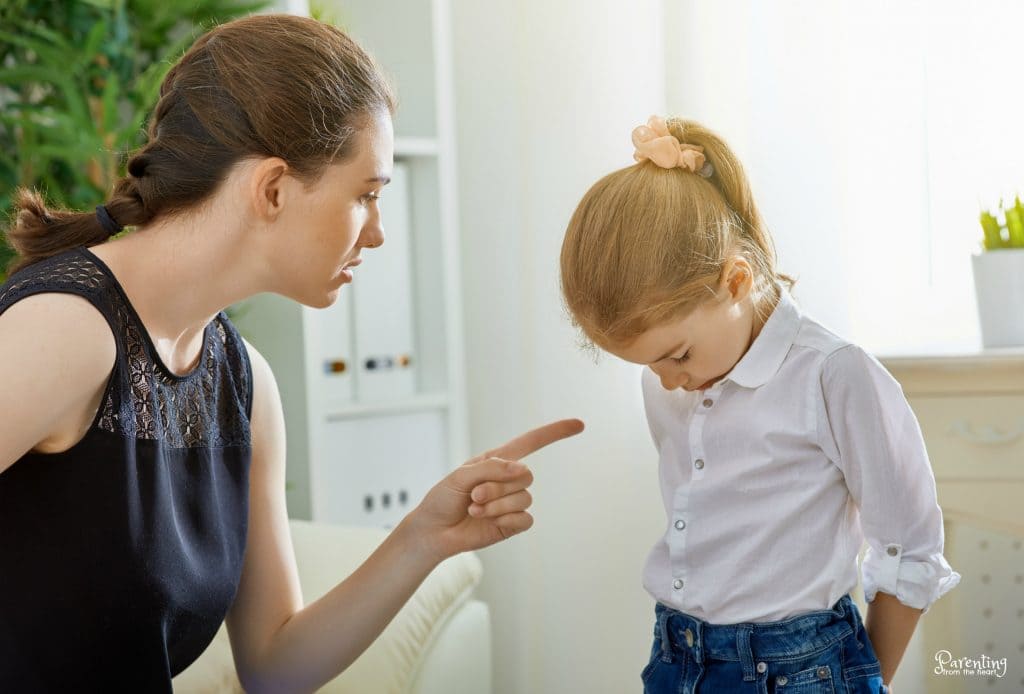 This is why it’s better to use positive discipline instead of punishment.

The main goal of parenting is to increase self-regulation. We want to raise our children to act well in any situation regardless of the fear of consequence. Countless studies have examined the long-term impact of different parenting styles on children (4). They have found that children raised in strict, or authoritarian households are more likely to lack self-discipline when compared to children with empathetic or authoritative parents. The reason is that punitive discipline fails to adequately teach the child. The child learns there is a part of me that is undesirable or is bad. That’s it. Furthermore, children learn that power wins over reasoning. Because authoritarian parenting centres on obedience instead of discussion, children become less likely to understand emotion and reasoning. They also become more prone to anxiety, rebellion, and depression (5).

Strict Punishment is Ineffective, What Should we to do Instead?

There are effective ways to discipline without using authoritarian forms of punishment. Here are some wonderful ways to teach your child when they’ve made a poor choice.

Consider this modern-day example. Recently, my husband and I stayed at a hotel for our anniversary. We had been in and out of the lobby several times when a manager raced after us. “You need to wear masks,” he declared. Because we were the only ones in the lobby (aside from the staff who were behind plexiglass desks) and there was no signage indicating we should wear masks inside hotel public areas, we weren’t wearing them. The fleet of staff and some patrons in the restaurant were now watching us. Once masked, my husband said to the manager, “It would have been nice if we were told this when we checked in.”

Not knowing expectations is frustrating and potentially embarrassing too.

To promote better behaviour in children, family rules should be clear. Whenever possible, let children know how to behave outside of the heat of the moment. This could be telling a toddler she needs to use a quiet voice before entering a library or telling a tween he needs to finish his home reading before heading out to play street hockey.

When children don’t listen, it is frustrating and it can be easy to default to old, less effective parenting practices. The truth is though, the solution to poor listening is often simple. In their best-selling book, How to Talk so Kids will Listen and How to Listen so Kids will Talk, Faber and Mazlich recommend reiterating directions using minimal language. I recommend asking children for eye contact or another sign they’re listening, like putting their hands on their heads. This is great because it’s already a sign of cooperation. Then, try phrases like:

There’s no need for coercion. Instead, stand firm and wait for cooperation.

What is Positive Discipline and Why You Might Have it Wrong

When children don’t listen, consequences should be related, respectful and reasonable.

Thanks to free-will there will be times where children do not listen. Research shows that logical consequences are a highly effective form of discipline and more effective than mild punishments. Logical consequences are “…constraints that specifically focus on addressing the problem created by children’s transgression rather than on merely eliciting aversion” (6). In contrast, mild punishments are not directly related to the child’s transgression. For instance, a mild punishment would be grounding a child who broke the TV while a logical one would be that child helping to pay to fix the TV.

Logical consequences are ones related, respectful and reasonable. Studies show that children are more likely to learn from their behaviour and internalize their parents’ values when these types of consequences are used (6).

No matter what form of discipline you choose or even if you end up defaulting to punishment, the key to effective parenting is connecting with your child. When disciplining, connection is paramount. They must feel understood in order to understand. Without this piece, the opportunity to learn from their mistakes is lost.

More great articles that you may find helpful too

Previous Post: « 14 Learning Activities Using Chalk
Next Post: The Best Tip to get your Children to Clean Up »

#Throwback to a sunnier day when he caught his fir

🍂🌱❤️ As the weather turns and with schoo

Our garden has been our therapy... Whether it’s

So proud of both these boys for trying tubing for

Isn’t this the truth?

Like her mama, my 8 year old has symptoms of anxie

Now more than ever children need to create, imagin

8690shares
We use cookies to ensure that we give you the best experience on our website. If you continue to use this site we will assume that you are happy with it.OkRead more