You are here: Home / Posts / Why I’m Not A Fan Of The Anti-Bullying Movement

In no one is the post intended to minimize pain or the severity of bullying. This is a commentary on the movement and movement alone. 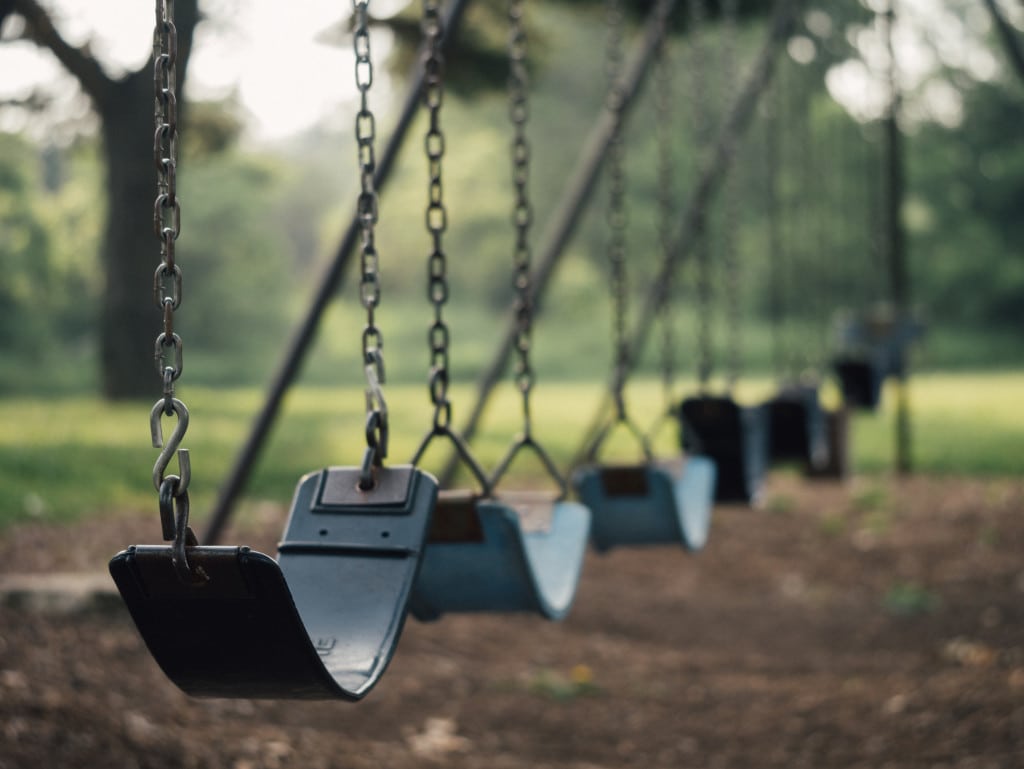 It was a beautiful afternoon and I was meandering through an outdoor mall running errands.  Okay, it was gray and dreary, but my mom had the kids for a couple of hours and I was dragging my toddler-free shopping experience out as long as I could. Sigh. It was wonderful! As I walked into a major international retailer, I saw signage on their doors advertising an anti-bullying campaign. Argh! I’ve seen these signs before, I’ve seen buttons, flyers, Facebook statuses, and tweets. Each time, I’ve bitten my tongue. I don’t want to kill the proverbial messenger. It isn’t the minimum wage attendants at the cash registers’ fault they are sporting pink T-shirts and asking for donations. So each and every time, I don’t say anything at all. But in all honesty, I think the whole thing is inherently flawed. I wish the movement would actually come up with something of blatant substance or go away. Why? Because as far as I’ve seen, the Anti-Bullying Movement doesn’t say much of anything and what it does say has some real issues.

It wasn’t always like that, though. The original Pink Shirt Day was a remarkable event rooted in heart, unity, and substance of character. There was a grade nine boy in the Canadian Maritimes who got picked on for wearing a pink shirt to school one day. Having learnt of this, his classmates bought and distributed 50 pink shirts for themselves and other kids to wear as a stance against those who originally made fun of the boy. What these students showed incredible depth and strength of character. Understandably and deservedly so, the day got traction and spread from its province of origin in Nova Scotia all the way to British Columbia, eventually gaining worldwide recognition and celebration. On the surface, it all seems great! Especially in a time where bullying is leading to a higher incidence of suicide amongst teens, a movement that rallies against perpetrators only seems fitting, doesn’t it? The problem is that Pink Shirt Day has morphed into Anti-Bullying thanks to politicians, administrators, and other adults in power. What started as a rich course of action and a constructive approach against a typical and terrible part of many childhoods has turned into something that comes across as vapid and inherently flawed. As a mother, I can’t help but think of this movement in the context of my own children and how the movement just doesn’t work. 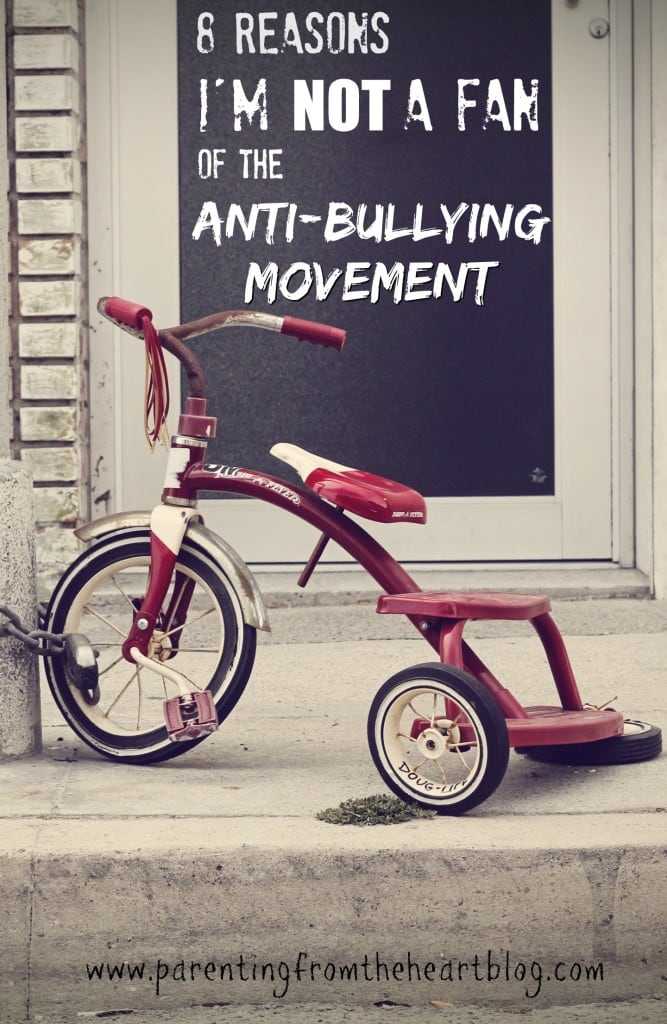 1. The verb bullying makes one person a bully and the other a victim. I would like my kids to understand good versus evil as a phenomenon confined to Disney movies or games of Cops and Robbers. People, especially children, do not fit into one of two categories. Kids can make bad choices, but there aren’t bad kids.

2. Bullying has become a buzzword. Because of hearing about it so much, it seems students are quick to label negative interactions as bullying. Overall, I’m inclined to believe the vast majority of playground or cafeteria room interactions aren’t chronic and are dyadic in nature. “He bullied me,” makes it seem like HE did something wrong and I had nothing to do with it. This mentality diminishes responsibility. More often than not, I think the majority reported grade school “bullying” is actually more of an ‘It takes two to tango’ scenario. My mom, an elementary school principal would say to kids who would report another kid was chasing them, “If she’s chasing you, stop running.”

3. I don’t want to raise my kids with a victim mentality. If my kids feel ganged up against, hurt, or chronically picked on, I want them to feel empowered to try and talk it out, walk away, and/ or discuss it with an adult in a constructive manner, not point the finger and cry foul.

4. At school, when one of my kids is being bad, my hope is that the adults involved not label his or her behaviour as bullying, but seek to understand why they are acting out and then discipline them accordingly. Though I would like to think my child would never be an aggressor, let’s get real. There’s a good chance at some point in their grade school experience they will end up in trouble. And when they do, especially if it’s an ongoing problem, I hope they are met with empathy and discipline.

5. Unlike other words to describe acts of aggression amongst kids, bullying inherently labels the child behaving badly as a bully. “He hurt me,” “She’s being mean,” and “He’s bothering me” don’t have the same implications. Kids don’t run to their teacher or the lunch time monitor saying, “Johnny is being a ‘hurter.'”

6. Labeling a child as a bully suggests it is what defines him. “Sally is the class bully” makes it seem like a permanent state.

7. If a child is chronically aggressing, the adults in the child’s life should be working with the child rather than labeling their aggression in a potentially damaging way.

8.  I don’t even know what anti-bullying movement means. We’re against bad conduct? Who isn’t? The shirts, banners, and buttons pinned to t-shirts I’ve seen don’t promote good behaviour; they don’t prompt kids to reach out to someone who is hurt, or deal with problems in a collaborative manner. It just makes it seem like  bullying is a nebulous force or threat that we are all against, but doesn’t say much about anything else.

My hope is that, as adults, we collaboratively work to empower kids to talk it out. Kids that feel bullied should feel empowered to talk about what they’re feeling and why. Kids that are acting out and hurting others should feel they are able to discuss their feelings of upset, frustration, or anger with someone trusted. Labeling kids in this context can only cause more harm than help. We should seek to understand, to love, and to console above all else.

If you liked this post, do me favour and click the banner below to cast a vote for me.