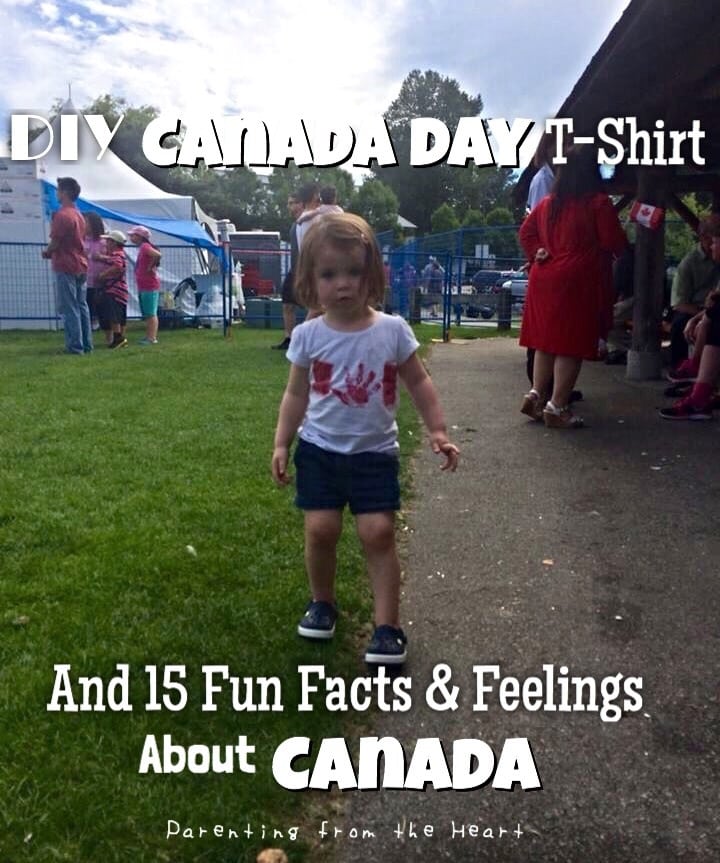 When I started blogging, I thought I would document some of my kids activities and some of the parenting lessons I learned along the way. At the very least, I could refer back to my posts, and at the very most, maybe a friend or two perhaps maybe even some people I didn’t know might read what I wrote and like it. Fast forward to just a year after I started blogging, only 24% of my readers are from my home & native land. To anyone looking for a fun, easy DIY Canada Day T for your toddlers, there is something for you! For the other 76% of my readers, I have included perhaps some lesser known Canadian-isms to let you in on who we are and how we speak 🙂

I painted one of each of my kids’ hands, pressed it into the centre of their respective shirts, and then painted rectangles on either side of their hands. I let dry for a couple of hours and then they were ready to wear! 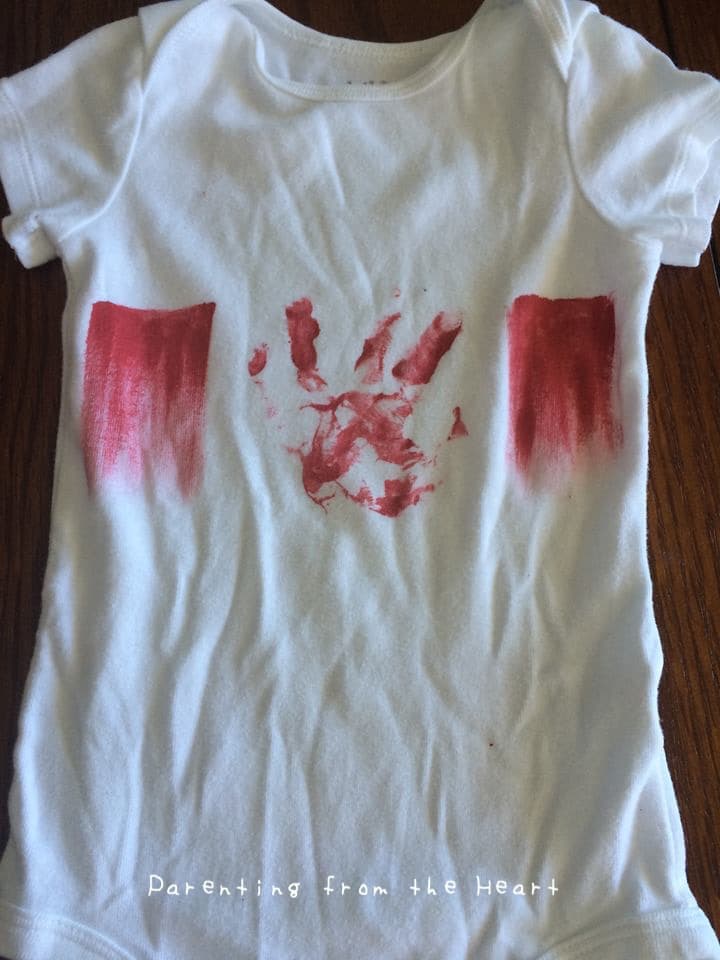 Here are 10 Facts, Feelings and Other Funny Things About Canada

Did I miss any Canadianism you’ve heard or know? Please share!

Previous Post: « Falling In Love With My Son All Over Again
Next Post: Airplane Birthday Party Theme: CNF Product Review and DIY Ideas »