You are here: Home / Parenting Young Children / When Children Fight, This is the Opportunity You Won’t Want to Miss 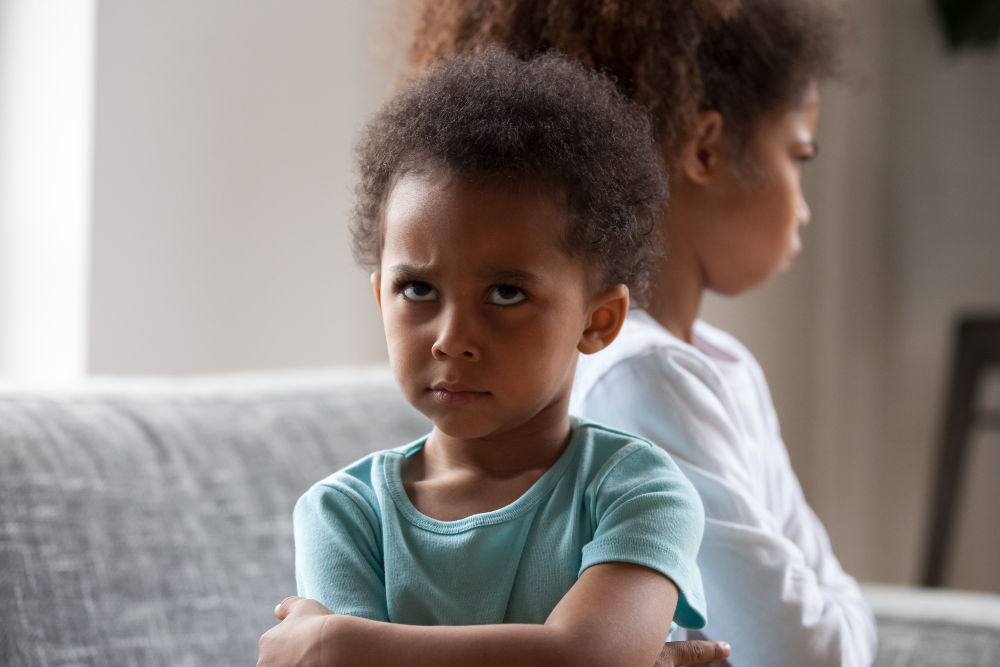 When children fight, we want it to stop. And for good reason, we want our kids to be safe and get along. This opportunity is a game changer. Instead of trying to stop sibling rivalry, it resolves it. Here you’ll learn how.

Get a printable cheatsheet with these tips below.

When I found out I was pregnant at six months postpartum, I anticipated my life would get a bit crazy.

Mainly, I assumed life would become a whirlwind of sleeplessness, endless diapers and immeasurable joy.

As my belly grew bigger, loved ones and strangers alike shared stories of having a sibling close in age. I heard over and over again about how they may fight, but that my two babies would be the best of friends.

Well, I’m still waiting for that second shoe to drop.

Maybe it’s because my brothers were three and six years younger than me respectively, but we didn’t fight that much. And so I came into this parenting gig assuming that a peaceful home would result in peaceful siblings.

Instead, our lives have been peppered with sibling rivalry since about the time our second born became mobile.

In truth, he became the Godzilla to her intricate village of toys. And, since then, almost every single fight has been a version of my daughter wanting space and my son getting just a little too close for her comfort.

The other day was a perfect example of when my children fight.

My daughter sat down on our beige leather couch clutching my purchase from the night before.

“Can I open up your new makeup brushes?” she asked.

I no sooner agreed than her brother plopped down beside her releasing his Beyblade.

“Get away from me!” she screamed.

I whipped back around.

Trying to cut the tension with playfulness, I scooped my daughter up and dropped her, with the brushes, on the opposing couch.

“There,” I declared. “Now, you have your own couches.”

I went back to packing the kids’ lunches when the screaming started again.

My son was on my daughter’s couch and she was trying to kick him away.

With the time to get lunches done ticking by, frustration began boiling inside of me.

All I wanted was for these two kids to respect each other’s space. 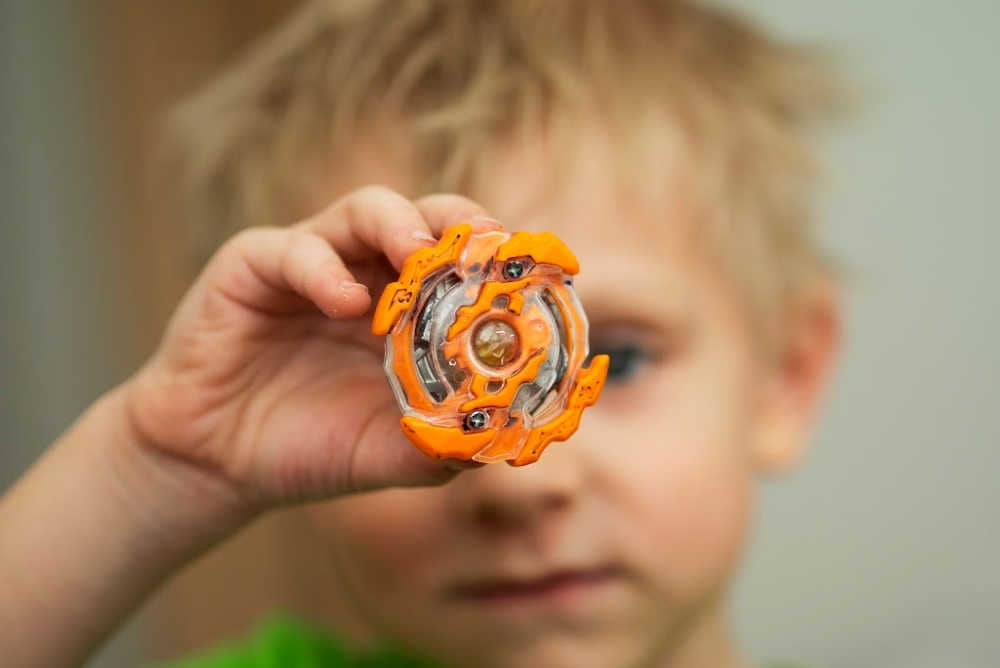 3 truths about when children fight.

Truth #1: No matter how seamless the introduction to baby goes, it still sings.

When we introduced our daughter to our newborn son, it went well.  She was curious, observant and pleasant.

I thought there was no real issue…

But as clinical psychologist Dr Laura Markham explains, no matter how peaceful the introduction of a new sibling goes, the older sibling feels dethroned. Children are hardwired to have their needs met first. From an evolutionary standpoint, we need as much of our parents’ attention as possible. This is so we can prevent getting lost, hurt, or consumed by predators.

(If you want to test this out, simply tell your kids you have an important phone call to make and go in the other room. Chances are, you’ll have little feet standing before you in no time.)

So when the new baby arrives, this instinct is challenged. The child feels she needs mom or dad’s full attention and is either outwardly or inwardly desperate to get it back.

Children find it hard enough to share their parents without being compared to each other.

I know I have made statements like, “He’s my eater. She’s pickier.”

And, “She slept like an angel as a baby. He kept me up all night.”

Markham warns that even the most innocuous of comparisons, when the kids are only half listening, still put one child against the other. These sorts of statements, at the very least, imply that one child is at a deficit when measured against his sibling. It is better to appreciate a child for who she is separate from how her sibling relates.

Truth #3: Kids fighting is inevitable. It’s how you respond that matters the most.

Even the world’s best parents have children who feel territorial. Children feel threatened when a new baby arrives. And, regardless of age, they want to protect what belongs to them. And, conflict with another child is inevitable. The key is using the hidden opportunity within sibling rivalry to teach children crucial skills. 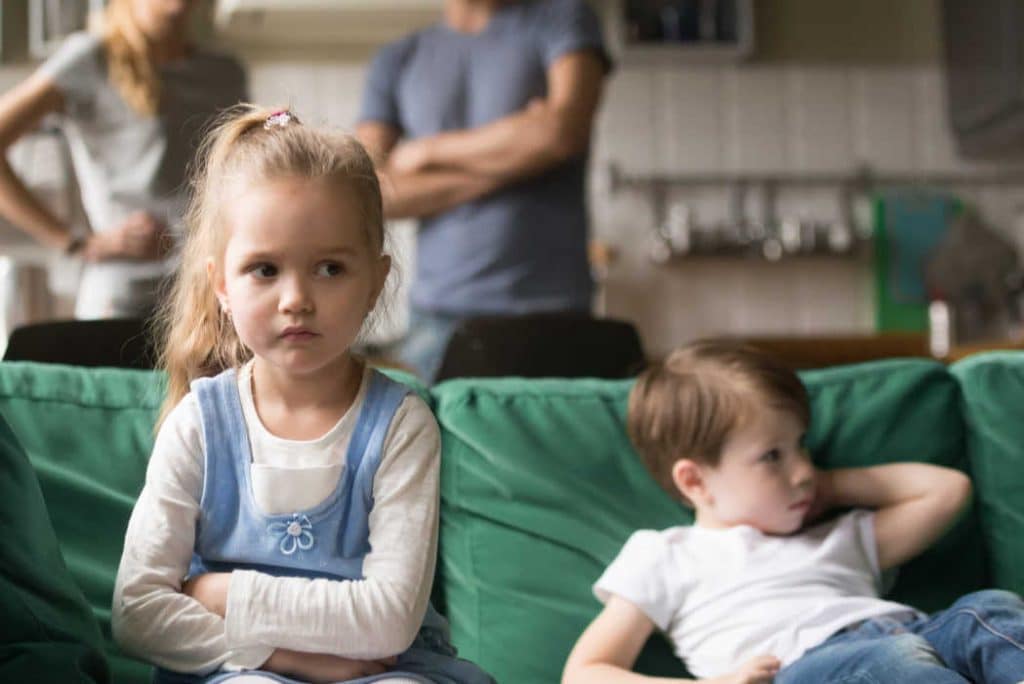 How to turn sibling rivalry into a powerful teachable moment.

It’s easier said than done, but when children fight, there is an invaluable opportunity to teach conflict resolution skills.

If you are like me, this will take practice, reflection and more practice after that.

In the heat of the moment, this is how it looks.

I hear notice tensions are mounting or if one child tells on another, I need to step in. Instead of perceiving this as misbehaviour, I reframe it as a request for help (even if my children haven’t said the word help).

I deep breathe and start sportscasting, telling my children exactly what I see.

If need be, Markham recommends separating the fighting siblings while touching both.

So, I can console my son, while looking at him, but I can keep my hand on my daughter so she knows she is also a priority to me.

It’s important that I listen without imposing my own ideas, opinions or consequences. I am not taking sides even if one child has acted aggressively towards another.

My main goals are:

Then, I scaffold my children’s problem solving by giving them the words they need to express themselves.

How I can apply this in their fight before school

Instead of moving my daughter to another couch, I should have stepped in and said:

“You screamed because you’re upset. What’s going on?”

I would sit between my two children on the couch and listen to my daughter explain that my son disrupted her organization.

He would say he wanted to see what she was doing.

Then, I would encourage my daughter to tell her brother she wanted space. She could decide if she was going to move to the other couch or not. If her brother followed her, I would address his feelings.

“You’re disappointed she wants space when you want to see what she’s doing. Why don’t you ask if you can play with the makeup brushes when she’s done?”

When children fight, this approach works well for a number of reasons.

A final note about when children fight

With two children so close in age, I understand fighting is inevitable. Not only that, but conflict is part of all healthy relationships. I realize that up until recently, I was fighting a losing battle instead of using sibling rivalry as an opportunity to teach my children. Despite this shift, I still find I need practice. For example, when one of my children tells on the other, my knee jerk reaction is to solve the problem rather than help them solve the problem. Though I am still learning to execute this way consistently, I am already seeing the benefits. Not only are my children responding more peacefully, but these strategies are also spilling over in other aspects of their lives. For instance, this week, I overheard my strong-willed daughter calmly telling a girl on the playground she was starting to feel upset and jealous. Just the declaration of how she was feeling helped her relax. Her friend responded to my daughter’s feelings. And the two girls found a way to play so that they both felt good.

This is a huge change.

Instead of meltdowns and aggression, my children are learning to express themselves constructively. I look forward to seeing what more comes from this as it becomes more natural to both me and my children.

Parenting a Strong-Willed Sensitive Child: This is what you need to know

How to Discipline a Child: Why science says this is the best approach

Why you shouldn’t punish tantrums and what to do instead

Get a printable cheatsheet for when your children fight below.

Previous Post: « Extracurricular activities for kids: Why science says less is more
Next Post: There is an undeclared war on childhood. This is how to stop it. »