You are here: Home / Positive Parenting Strategies / Your Kids Will Listen if You do THIS 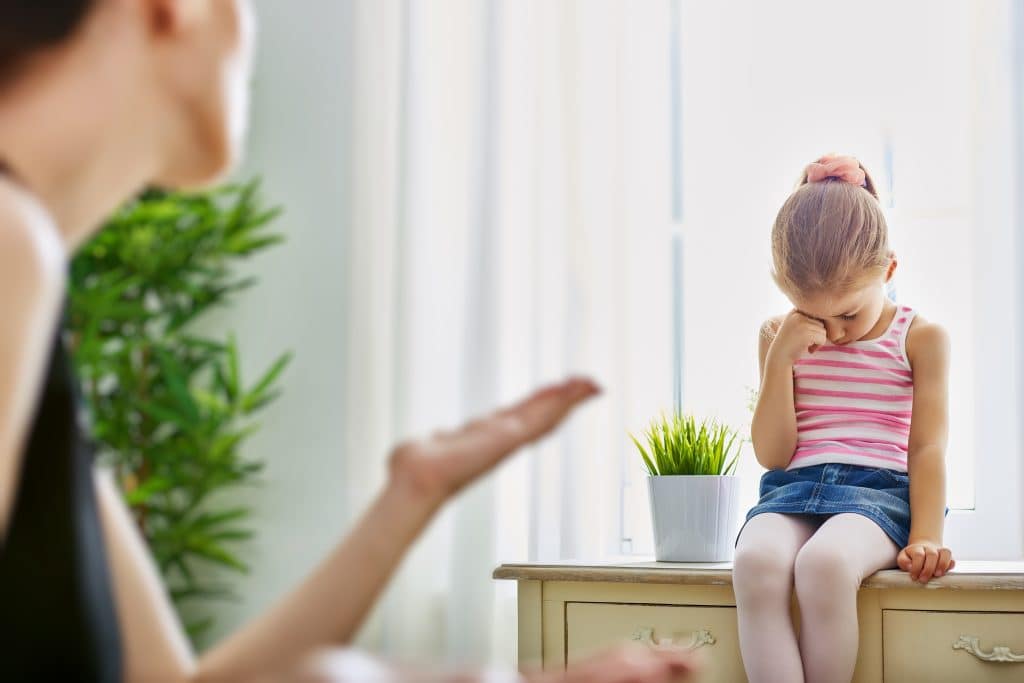 It’s so frustrating to repeat ourselves endlessly. These positive parenting strategies work in a way that kids will listen (almost) every time.

“It looks like a beautiful ballroom!” she said. My five-year-old daughter was awestruck. She approached the open restaurant floor and twirled with wonderment. Even though we had only entered a bistro, I couldn’t fault her enthusiasm. The restaurant was warm and inviting.

As we sat down to dine with some friends from out of town, everything felt connected. We were celebrating was their last night after a fun-filled weekend together. My kids had just spent the last hour swimming, jumping, and moving from the hotel pool to the hot tub and back again.

If there was a good time to bring two young kids to a nicer restaurant, it was now. They were exhausted and ready to eat.

When ten minutes turned to twenty and the food still hadn’t arrived, things weren’t going quite as ‘swimmingly.’ Soon, both kids were up on their knees bouncing. Next, my daughter was playing with the chain links holding the curtains as my son attempted to slip down his chair onto the floor. Of course, my husband wasn’t there yet. And I could sense our company was becoming increasingly unimpressed my kids’ agitation.

“Stop playing with your cutlery.”
“Don’t touch that.”
“Get down.”

This approach wasn’t working. At all.

Then it dawned on me. 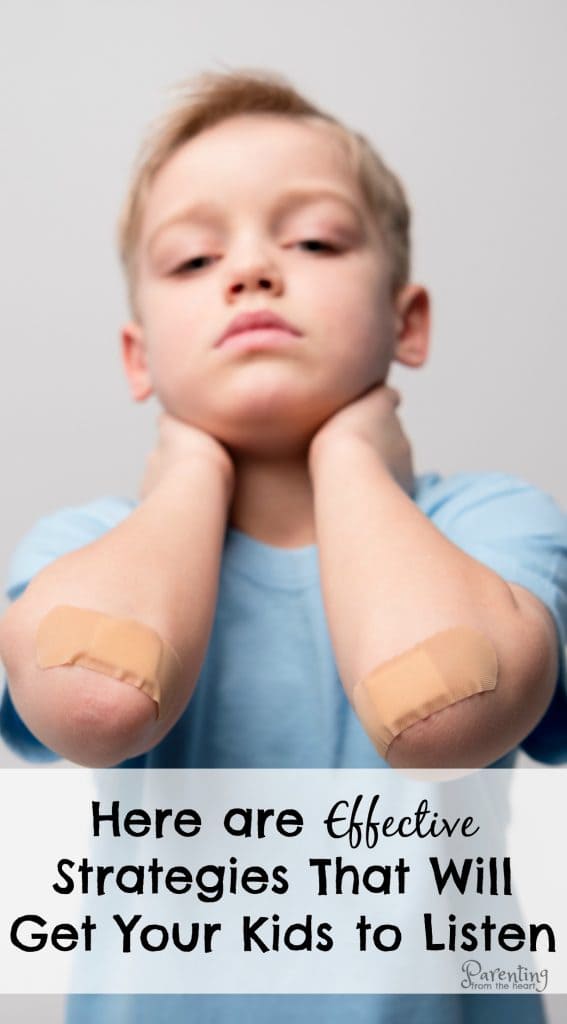 Your kids will listen, you just need to reframe how you speak…

In the past, when I corrected my children only using negative language, things fell apart.  When I try to get my kids to behave, “don’t,” “stop,” and “no, no, no,” is more like white noise than effective communication. The reason? Negative language requires kids to double process. When kids hear, “Don’t do that,” he or she is left to answer:

For a young child,  that’s a lofty request. Especially when they’re fidgety, struggling to self-regulate, and bored.

Related reading: This is How Negative Language Impacts Kids & Here’s What to do Instead

And that’s not the worst part.

Already, kids are less inclined to listen when faced with these statements. To compound the issue, the more children hear what they shouldn’t be doing, the less they want to comply. The reason for this is pretty simple. In general, people of all ages lose the motivation to cooperate with someone’s expectations when they feel like they can do no right.

How to talk so your kids will listen.

In order to get our kids to listen, we must phrase our discipline and criticisms positively. My critics read these words and think I mean you should never ever use the words stop or no with your children. That certainly isn’t realistic nor is it the case. However, to get our children to listen to us we must speak in a way that both is easy to understand and is motivating to listen to.

Saying things like, “Sit down,” as opposed to, “Stop it,” is a vast improvement. However, in order to get out children to listen, we must also tell them how to direct their energy when they are struggling to self-regulate.

Related reading: The Surprising Strategy to Get Your Kids to Listen Without Repeating Yourself

When it dawned on me that I wasn’t telling my children what they could do, our dining experience changed.

The more kids hear what they shouldn’t be doing, the less likely they are to comply. My kids instantly lost motivation to make a better choice when they are told repeatedly what they did wrong.

I paused and put myself in my kids’ shoes.

Instead of asking them not to play with their cutlery, I suggested they play with a handful of toys I had forgotten in the bottom of the diaper bag.

It worked like a charm. The last ten minutes spent waiting for our dinners was peaceful and pleasant.

This practice started spilling over into other areas too…

Parenting in this way is definitely more challenging than simply putting limitations on our children. However, our kids will listen so much better as a result of our efforts.

Additional reading you may find helpful:

Scolding Undermines Effective Parenting. This is Why (and What to do Instead).

Why Punishment is Ineffective and what to do instead

Previous Post: « Baby Sleep: The number one tip you need to know
Next Post: Low or No Prep Backyard Activities for Young Kids »