You are here: Home / Parenting Young Children / Breaking the golden rule of screen time is better for your family 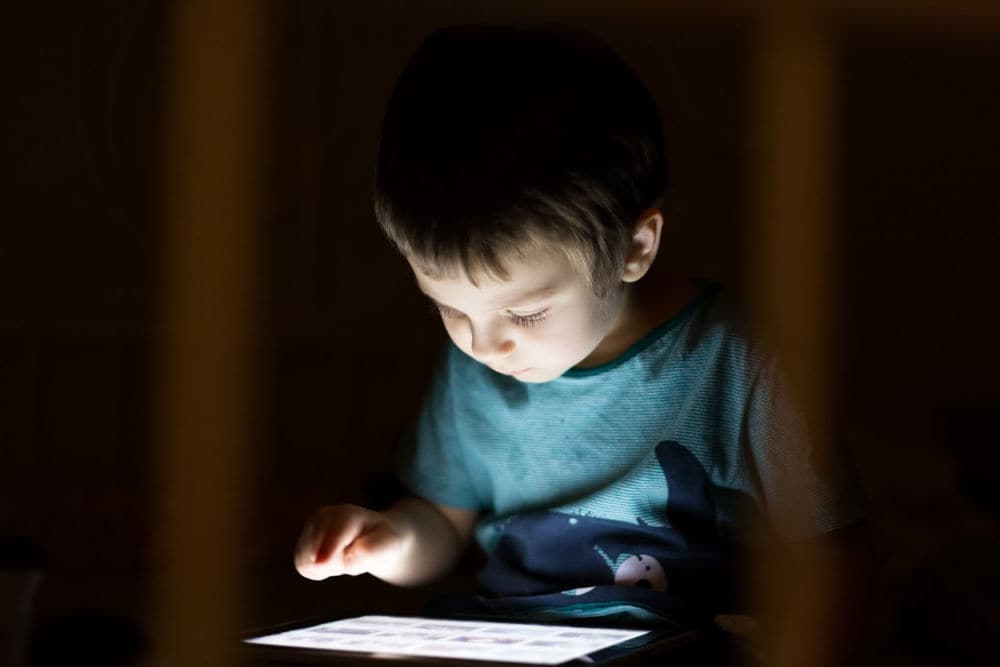 Children are inundated with digital media. As parents, we know our children shouldn’t be on screens for more than two hours a day. However, using this one rule as your guide can actually work against you. Using insights from research and the sponsor of this post, Wellbeing.Google, you can successfully limit screen time and promote healthy habits without being prescriptive or micro-managerial.

Without really realizing it, screentime became like a parenting crutch.

Each morning when the kids woke at an ungodly hour, I handed them my phone or my husband’s tablet. When I put the baby down for a nap on the weekends, out came the devices again. After school, I put out hummus, carrots, tortilla chips and turned on the TV. Slowly, I started to use TV to start dinner in peace. And then I used it to finish off an article or get schoolwork done.

Though I could be more efficient with my time, there were big problems with how I was using screens with my kids.

I also knew I was breaking the cardinal rule of two-hours of screen time per day every single day.

Related reading: There is an undeclared war on childhood. This is how we stop it.

We had to limit screen time. But there were a few things I was not willing to do.

First of all, I wasn’t about to impose a digital detox on my family. For one, tablets, computers, smartphones, and television are here to stay. Not only that, but I need to use my computer for my own school assignments and work. I wanted to set expectations that I planned to model myself. More so than anything though, I wanted to set the tone for healthy, lifelong screen habits and not an all-or-nothing-binge-then-purge approach.

Secondly, I decided to abandon the golden rule of screen time – that children should only watch a maximum of two hours per day.

First of all, a precise amount of time is too easy to break. And rules that are broken easily lose their meaning fast. When I reflected on this golden rule of screen time, I realize that it is basically guaranteed to be broken on days we watched movies and on sick days. Similarly, on busy days or days where we spent most of the day outside, I didn’t want the kids coming home looking to still get their quota of digital media in.

In addition, counting minutes watched felt a bit like calorie counting. It relies on an external measure (counting minutes watched) rather than internal ‘fullness’ cues. The latter is so important because if I develop my children’s ability to determine what feels like enough, then they would be more likely to maintain these habits or at least come back to them when they have gotten off track.

Finally, research on the development of self-control shows that parents who are highly prescriptive are more likely to have children who sneak or binge when outside parents watchful eye (or timer) (2).

Related reading: Why positive parenting is essential now (but may not have been before)

So how does one break the golden rule of screen time and successfully reduce their children’s overconsumption of digital media? 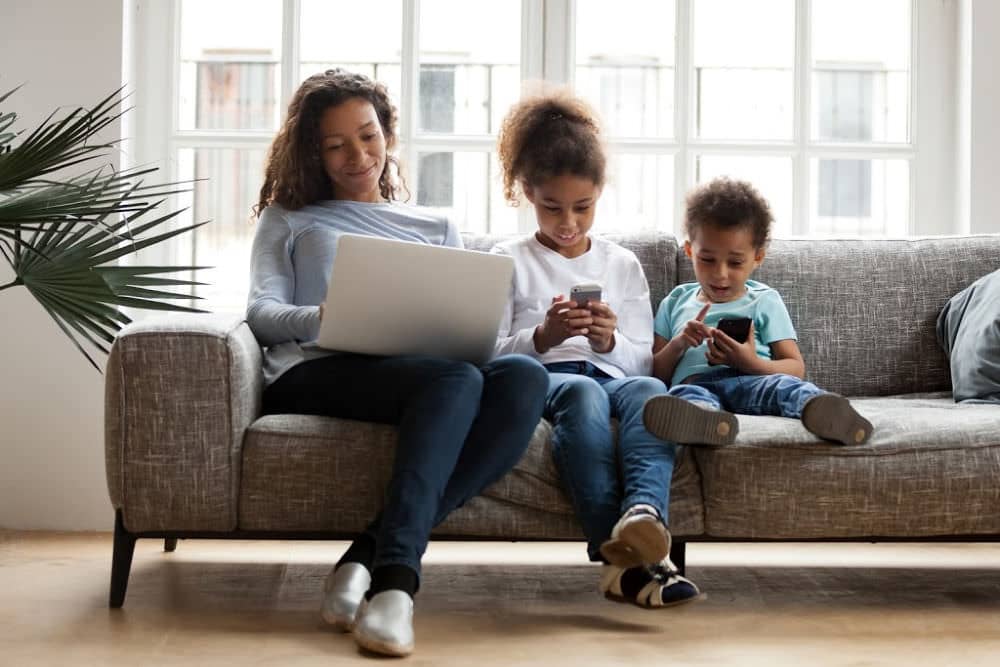 1. Evaluate your own usage and make adaptations accordingly.

When it came to my own technology use, it wasn’t just my kids who could barely go minutes without wanting to watch YouTube. I was checking my phone all. the. time. My biggest pitfall was facebook. I would pick my phone up without thinking and scroll. Realizing this, I decided to delete the facebook app. That way I would only go on the social media platform when I consciously decided to. I also now make a point of leaving my phone in my bedroom when I didn’t need it or locked in my glove compartment in the car if we are at the park.

Just this shift alone changed my children’s almost compulsive desire to watch a show. And it makes sense. Research on moral development shows that modelling is one of the strongest teachers (3). In fact, neurobiology shows that what we do causes neurons to fire and connection (4).

“Kids don’t have the big-picture perspective that parents have, so we need to help them cultivate their own sense of self-regulation

To read more on this, I highly suggest the book, The Yes Brain: Cultivate Courage, Curiosity and Resilience in Your Child.

2. Evaluate your children’s screen usage and figure out when to cutback. Involve them in the conversation.

Having seen the New York Times feature, I went through WellBeing.Google. I downloaded the PDF and used it as inspiration for how to address my children’s technology use. In it, there are recommendations to identify when screen time is an issue and ideas on how to work together as a family. There was also a suggestion to work as a family to establish screen-free rooms and/ or screen-free times.

I was surprised. My children’s responses were insightful and helpful. They shared that dinners to be screen-free unless it was a movie night. They admitted they didn’t care about watching TV after school. And when my daughter asked when she could get her own tablet or MP3 player, I used the suggestions from the site. At the end of the conversation, she understood she wasn’t ready yet. 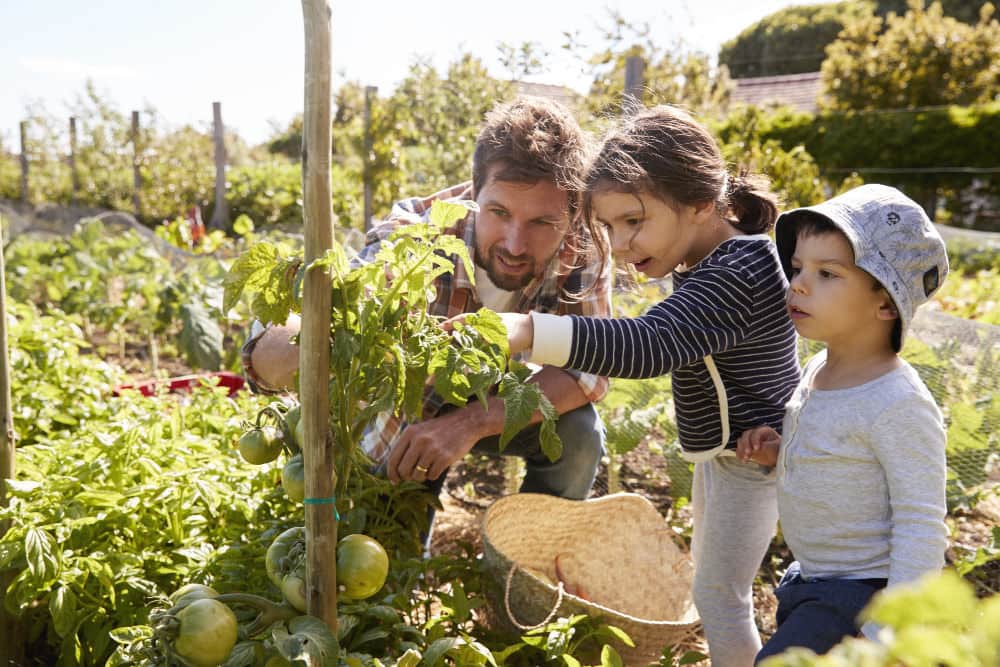 3. Replace screen time with green time (or at least playtime).

I found that a great alternative to counting screen time was simply to look for more opportunities to get outside. In the summer, when the TV was on too much, I asked my kids to come see what had grown in the vegetable garden. It acted like a great reset. I also found just sitting with them outside or in the playroom got them playing without me needing to orchestrate anything. I also found that when I felt like picking up my phone, I would pick up a book of my own. Seeing this, my kids followed suit.

Instead of after school TV time, we go to the park as much as possible. And, when we’re home, I have mediums out for them to create. They always have access to paper, markers and tempera paint. Now, I find them reading, colouring and creating play scenes all the time.

The results have been staggering

Since enacting these three strategies to limit screen time, our family is different.

The kids still get screen time first thing in the morning, but after that, they barely ever ask for TV. Not only that but the amount they play alone and together is unbelievable. They spend their free time colouring, playing with their toys, or building fortresses out of cardboard. Not only am I grateful to see their dependence on digital media dissipate, but I am relieved that I didn’t have to be prescriptive. It took changing the environment and my approach to establish healthier digital habits. And it worked.

To discover more tips and tools, visit Wellbeing.Google to find a balance with technology that feels right for the whole family.

More resources you may find helpful

30+ Calming Activities That Will Promote Peace in Your Household

Extracurricular Activities for Kids: Why Science Says This is the Best Approach

There is an undeclared war on childhood. This is how we stop it.

15+ Calming Toddler Activities That are Simple and Fun

Book The Yes Brain: Cultivate Courage, Curiosity and Resilience in Your Child.

Previous Post: « Paediatrician shares how to promote healthy eating in picky toddlers
Next Post: The analogy that will change how you view your child’s misbehaviour »