You are here: Home / Life Lessons / My Daughter’s Jealousy & My Disappointment: What I learned

The day I sent my little girl off into the world of preschool, my heart broke a bit. And since that day, I have patiently waited for my turn to observe her class. That day was last week.

The morning started off with glances shot towards one another. Anytime our gaze met, we would smile as if only the two of us knew a really special secret. My husband came home early to watch our son and it was time for my daughter and I to get ready for school. More smiles, more excitement. The drive to her preschool is a long one. We ate lunch on the road and I promised her a treat at the end of her school day. Despite my excitement, I did brace myself for some bumps during my visit in her classroom. You see, my daughter is a sensitive, dynamic soul. She is strong-willed, determined, and wants her independence in a fierce way.

In school, when the opportunity to play “house” with her peers presented itself, my daughter was off.  I settled into the classroom couch and assumed my role as spectator. Slowly the kids became more familiar with my presence. One made his way over to me. Just like that, the couch transformed into a race car. As other kids piled into the back seat, I glanced over at my girl, who had dutifully assumed the role of “sister” as her friend played, “Mommy.” The car seemingly arrived at a hair salon and one sweet girl spent a lot of time coiffing my hair. I looked to my daughter. Her eyes were big. I tipped stylist with all the imaginary money I had and made my way to my girl. Her play resumed once I was there. My attempts to engage were barely acknowledged as she established order in her play-home. As I sat back, a wave of preschooler play swept me away once more.

Then, it was circle time. 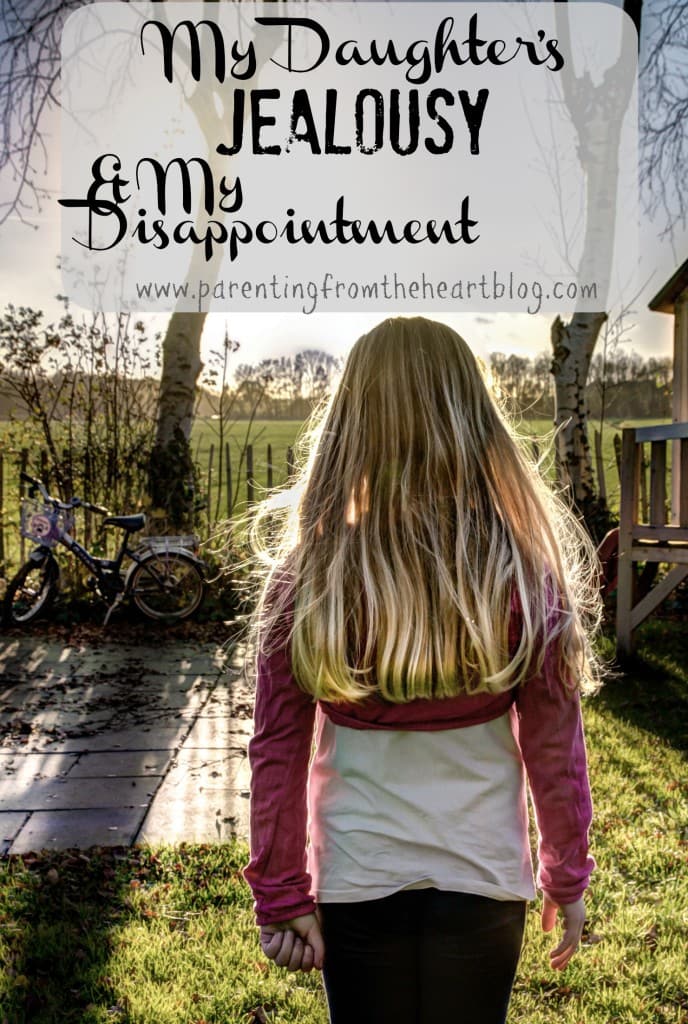 Three little bums tried to make their way beside me as I insisted I sit beside my girl. Halfway through the alphabet, my daughter asked if she could sit beside a friend across the circle. I agreed and in no time at all, my fan-club was back sitting nice and close to me.

During gym time, I noticed her emotion for the first time. My little girl, who reportedly has never had a rough time at school, was crying. She accepted my offer of help and we seemingly talked through how she was feeling. I offered to help her assemble her peers for a game of “What time is it, Mr. Wolf.” The whole class joined in, me with my girl at my side.

When we were queued to head back to class, another child’s hand made its way into mine. My daughter was shaken. I insisted she too had my hand and it was okay. She pulled me towards her and shot her friend a look, “She’s MY mama, NOT yours!” We made it into the chaos of the cloakroom swallowed my daughter’s jealousy as coats, mittens, snow pants, and three-year-olds flailing overtook everything. I could hear the girl whose hand I held say, “I wish your mom was my mom.” At this time, another little girl, very deliberately informed me of their routine to get out the door. With that, the girl who had held my hand shouted out. My daughter had pinched her. The colour drained from my face. I actually didn’t know what to do.

Should the teacher discipline her? Or should I?

I shook off my perplexity and quietly pulled my daughter in close to me and talked to her about what she had done. When I told to her to apologize, her answer was a firm, “No”. I found myself unsure of what to do yet again. Eventually, a disingenuine apology was made and we left the school. Upset at my daughter’s choices, we both left the school let down. She asked for her treat on the ride home and sadly, I had to explain why we weren’t getting one.

As her tears spilled onto her cheeks, I wondered about the little girl who had been pinched.

Would she go home and tell her parents?

Would her parents think less of my daughter, a girl they didn’t even know?

What would I think if the roles were reversed?

Would this memory be something the other little girl would hold onto?

I had no memory of being hurt by another child…

And then, it dawned on me. I broke my daughter’s sobs with an offering.

Then story after story came of times I felt jealous: like, the time we were at my dad’s work party and a little girl wouldn’t leave my dad alone. And, when I went to my friend, Meghan’s birthday at age two and was devastated that all the gifts were for her. And then I remembered it. There was the time that I went into the kitchen centre at preschool and someone else grabbed the toy I always played with. I didn’t hit or pinch. I bit the other kid.

A wave of guilt swept over me.

I let pride get in the way of seeing my daughter’s jealousy for what it was: an honest human reaction. Precursed by several subtle warning signs, her pinching, though a bad choice, was the product of an overwhelming feeling she had. It was something that needed empathy and guidance more than chastisement and a coerced “Sorry”. We walked away from a day full of anticipation with an unexpected result. And though the day wasn’t without incident, I was able to eventually come to a greater understanding of my complex and much loved little girl.

[bctt tweet=”I let my pride get in the way of seeing my daughter’s jealousy for what it really was.”]

Have you ever found yourself in a similar position? Please share your thoughts & stories below <3

Do me a favour, if you liked this story, please click the banner below to cast a vote for my blog.

Previous Post: « 2 Announcements: An Incredible GIVEAWAY & A Small Token Of Thanks
Next Post: Transitioning & Preschool: One teacher’s advice »