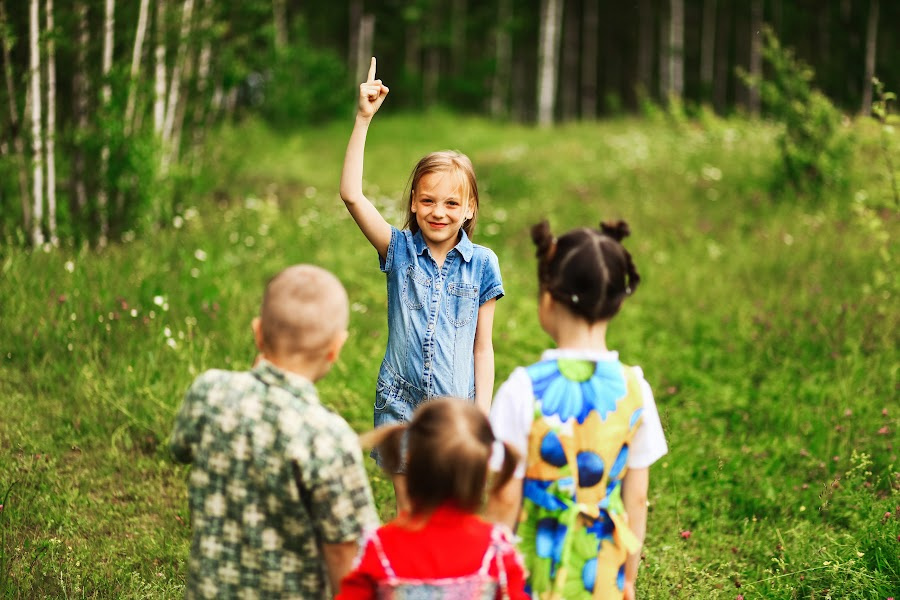 How people understand strong-willed children will either help or hurt their behaviour in the long run. Find out why inside.

I entered my high school gymnasium bracing myself for what was to come. Because every parent-teacher night before it was the same, I knew I was in for an onslaught of juxtaposed feedback.

“Mrs. Pace, your daughter is an aware and imaginative student. She is a born leader and a true asset to our class,” one teacher would say to my mom.

All it took was to head over to the next table to hear, “Alana is disruptive. She questions my rules, speaks out of turn, and gets the other students riled up.”

In hindsight, it was the good teachers who understood me, worked with me and harnessed my strong-willed nature to improve their class environment. They had me leading debates, sharing ideas, and contributing to extracurricular projects. However, the teachers that fell into the latter camp were another story. They liked students in alphabetized rows, to only speak when spoken to, and follow their rules blindly. I hated those teachers. And based on their commentary, they weren’t big fans of me either.

So many people misunderstand strong-willed children.

Recently my article, 10 Surefire Strategies for Parenting a Strong-Willed Child went viral and with it came a slew of comments, questions, and misconceptions or myths about strong-willed children and their parents. As I sat and reflected on these common misconceptions, I couldn’t help but think about my experiences in high school as a strong-willed kid myself. Some teachers worked with me. Others against me. And even though I was the same kid, in the same grade, on the same day, the behaviour they got from me was very different.

1. “What is a strong-willed child? Aren’t they just trying to be difficult?”

So in short, they are difficult but they don’t choose or try to be this way.

Now many may ask, why not just call these kids what they are? They are difficult (I have also seen a slew of other names like “bratty,” “entitled,” or “spoiled”). The reason the term strong-willed child is powerful is because of the power parental attributions have on developmental outcomes.

Specifically, how a parent perceives a child’s behaviour shapes how that parent will respond to and discipline their child which predicts how that child will behave in the future. Using my high school teachers as an example, the ones who worked with me got me to cooperate. The ones who worked against me brought on more power struggles.

Research that followed children from toddlerhood into middle school supports this. The results show that parents who frame their child’s behaviour positively and avoided character attributions (e.g., “she’s just being difficult,” or “he’s impossible,”) had children with better behaviour in middle school. Another study on parenting cognitions and child behaviour found that parents who avoided negative attributions to their child’s behaviour were more likely to seek help with their parenting. These parents also had children who were less disruptive and better behaved overall.

So in short, strong-willed frames the child’s temperament and personality in a way that acknowledges her strength of character (e.g. “She’s not a pushover”) instead of labelling her challenging to deal with or understand. Using the term strong-willed child can help a parent respond to their children more appropriately.

Related read: How to Discipline a Child: Why science says this is the best approach

3. “Don’t all children have moments of defiance? This applies to everyone.”

There are many facets of personality and individual psychology that can apply to everyone from time to time. Slow-to-warm-up and easy are the other two temperaments. Everyone can be easy or slow to warm up on occasion too. For example, my five-year-old isn’t slow to warm up. He speaks to cashiers, kids at the park, and neighbours passing by the deck with ease. But on the first day of preschool, he certainly was. Similarly, I can be easygoing on occasion. For example, ask me what I want for takeout and I won’t care. I’ll just be happy I don’t have to cook! But that doesn’t mean I am easygoing (and I know my parents, husband, and most of my high school teachers will back me up on this.)

So in short, yes everyone can be strong-willed. However, most people are not prone to power struggles and resistance the same way strong-willed children are.

4. “These so-called strong-willed children are the product of weak-willed parents who do not set boundaries when raising their children from a very young age. These poor children are not given any guidance on handling the responsibilities of the world.”

While on the surface, this may seem to be the case, I can assure you strong-willed children are not the result of weak-willed parents. As previously mentioned, strong-willed refers to one’s biologically determined, difficult temperament. These kids are born this way.

That said, how a parent responds to a strong-willed child (or any child for that matter) determines how well they fare as they age and go out into the world. For example, research shows that “parent psychological control, harsh parenting, negative support (rejection, hostility, and neglect), and inconsistent discipline [are associated with] child negative reactivity and delinquency.” In contrast, parents who are warm, positive, and adaptable to the child’s needs (while of course maintaining rules and boundaries) have children who do better socially and academically.

So in short, “weak-willed” parents don’t cause strong-willed children. It is their biologically based behavioural style. Inconsistent or harsh parenting is associated with poorer outcomes in kids. Warm compassionate, limit-setting parents have children with the best outcomes.

5. “Isn’t this just a euphemism for oppositional defiant disorder?”

ODD is a disorder that needs to be treated while strong-willed is a characteristic that can lead to a lot of good.

Symptoms of ODD include:

Similar to ODD, strong-willed children are:

Unlike ODD, strong-willed children do not need a treatment plan. Instead, they thrive on being given opportunities to express their autonomy and make choices. They do especially well when they understand rules and expectations ahead of time and the rationale behind them. Modelling composure, kindness, and compassion help them learn to be composed, kind and compassionate.

The TLDR on strong-willed children

All children can be challenging and all children need limits and compassionate parents. However, strong-willed children tend to be born with a difficult temperament. Temperament isn’t a choice or the result of weak parenting but a biologically determined behavioural style. Because of this, it is important that the caregivers of strong-willed children frame their personalities in a positive light and understand that compassion and good leadership are key.

Recently it all came full circle for me when my daughter’s teacher informed me that she can either be a powerful leader for good or disruption in the class. More often than not, my daughter reminds her teacher of the class schedule, leads by example and advocates for children who are struggling or hurt. But every so often, she gets off course. And that same leadership power can be a problem. As my daughter’s teacher has come to understand that my girl needs connection, compassion, and the reason behind rules, she has become an even greater gift to her class.

Related articles you may find helpful