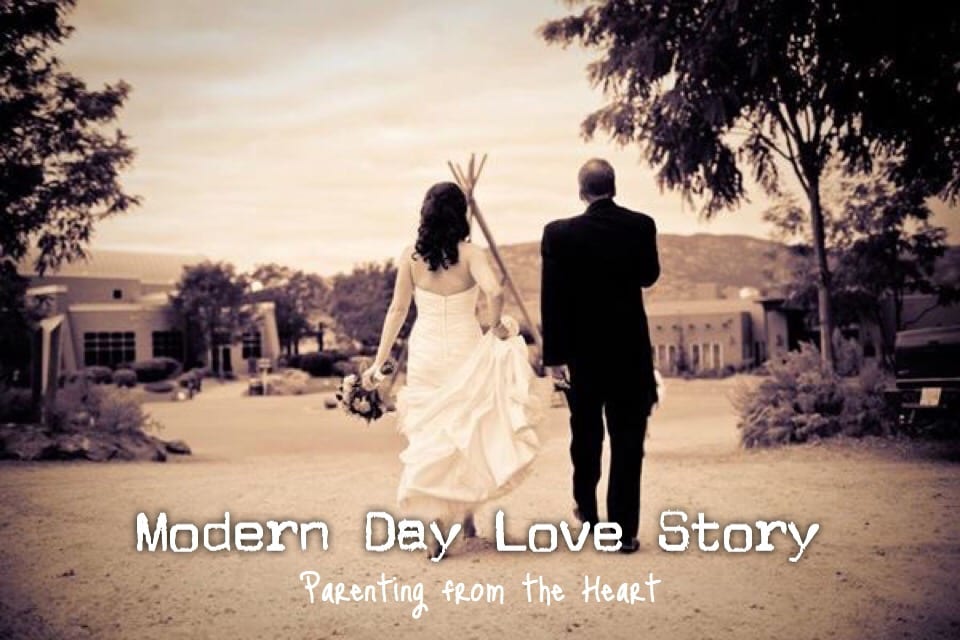 My grandmother had just passed. I was unhappy in my current relationship; I felt repressed, under appreciated, controlled, cast aside. For whatever reason, I held on in the hopes I would get the validation and love I thought I deserved. It dragged on. As we poured over my grandmother’s affects before her funeral, my mom showed me some of the love letters between my grandparents. My grandmother had followed her family to California leaving her then boyfriend behind. Their correspondence read like the script from a vintage romance movie, their writing, literary in structure, exuded true love. In time, my grandfather came to the States. They married in Santa Monica. Because his law degree was not recognized in the US, my grandma left her job at Saks Fifth Avenue to follow my grandfather to rural Canada for work he had found there. The sacrifice, steadfastness, and expressiveness of their love was something I had previously thought was not tangible. As I moved forward with my life, my standard for love had heightened. A couple of relationships came and went. Their calibre much higher than before, but I hadn’t found the one. I resolved to stay single until I felt more comfortable in myself, what I wanted, and until I met someone I saw a world of potential in.

Vancouver 2010, I had arrived home after being away for work for about half a year. My home city bustled with people clad in their native colours. Patriotism exuded from every person, store front, and balcony. The city was abuzz not only with excitement for the Winter Olympics, but also the opportunity to host and welcome so many different people from different cultures. I was working at a restaurant. Typical vapid conversation of “Hi, how are you?”, “How is/was your weekend?” was replaced of questions of where guests were from, why they came, and what their plans were. One family in particular stood out. They became instant regulars due to the fact our restaurant was relatively close to the Vancouver Curling Club where their daughter was playing for team Germany. I was immediately intrigued by their Black, Red, and Gold exuberance because the father, who was claiming to be German, had a French Canadian accent. The Mom, a very enthusiastic lady, actually seemed to be German, and the daughter’s boyfriend was Spanish. I was still unclear as to where their son and daughter were from. The son had been looking at me. The family and I quickly became acquainted. And, I discovered that all of them (less the boyfriend) were Canadian citizens living in Belgium. Immediately, I really liked them. The more frequently they came in, the more I got to know them. One evening, I was thrilled to finish my shift just in time to find a seat at our busy bar to watch the Canada vs. Slovakia Men’s hockey game. The family came in. It was during that game that I first struck up a conversation with the son. 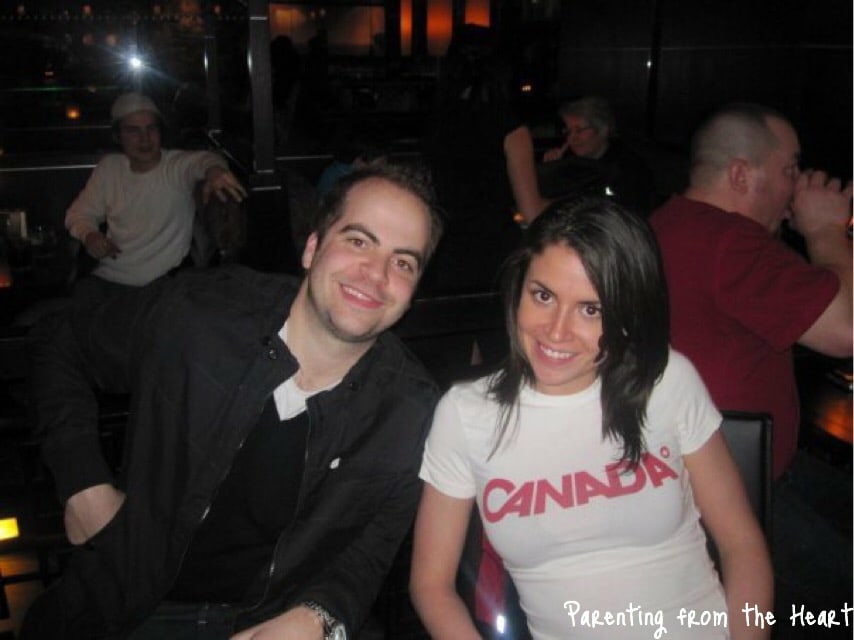 Though the bar was almost bursting with cheers, drinks, and bodies, our conversation was only us. He asked me out on our first date. It was the night of the closing ceremonies, the streets were flooded with red and white as people bellowed “Oh Canada!” everywhere. We had won Men’s Gold in Hockey, our national religion. And so, for Canadians everywhere, it was as if we had won the Olympics. Our regular subdued culture of apologetic, humble, afraid-to-be-righteous people screamed with national pride. I met him on a street corner amidst it all. As we made our way to a very full restaurant, where we both became engrossed in our conversation. I didn’t hear anyone but him. It was during these first moments, I had a thought I had never had before and never thought could be so instant, “I could marry him.”

As the Olympics wound down and we spent as much time together as possible, I loved his mind, how inquisitive and curious he was. He was bright. Very bright. And so intent on me. But not in a way I had experienced before, where the admiration preceded any true knowledge of my inner-self. He was enamoured with me upon learning more. I was so moved.

The morning he left for the airport, we had spent from dusk till dawn talking, soaking in every part of our respective personalities, histories, and preferences. He left, and for the first time in my life my heart was full. Once he was back in Brussels, we skyped often; our perceived connection was only being reinforced further. My pragmatic and non-romantic self could see the fatal flaws. He had a lucrative, stable, promising career in Europe. I lived a nine hour flight away. The psychology student in me couldn’t help but think about the atmosphere of the Olympics contributing to the feelings of falling in love (look up: misattribution of arousal). He assured me, he had always known he would move back to Canada at some point in his life, and it now looked as though he would be doing so sooner rather than later. He came to visit once more and overcame a volcanic-sized obstacle to do so. Three months after, he had moved here (I had told him he could only stay with me temporarily, as I couldn’t have a boyfriend just moving in). Six months after we met, we were engaged. Nine months after that, we were pregnant with our first. Three months after that, we were married. Six months later, we welcomed our beautiful daughter. And six months after that found out we were expecting our son. 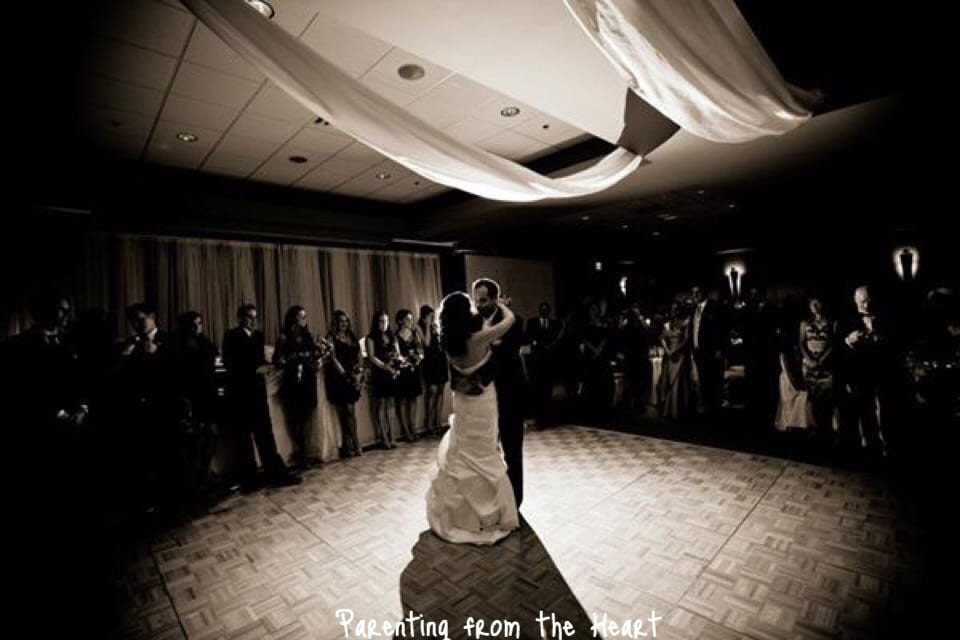 Though our life has been richly blessed in love, health, and life events, my husband gave up a wonderful career to come to Vancouver. His jobs here haven’t been close to what he left. With a new opportunity across the country that finally utilizes his full potential, it is my turn to sacrifice for him. The thought of leaving the west coast, the mountains, the ocean, the mild climate, and most importantly, the village that has surround and helped raise my children. My husband is the reason all of my dreams have come true, and I’d like to be the reason his do too.

Tell me your own love stories or give me ANY tips on moving far away from home. I would love any of your comments!

Previous Post: « The Depth of My Daughter
Next Post: 16 Reasons Working in a Restaurant is Some of the BEST Prep for Having Toddlers »