You are here: Home / Positive Parenting Strategies / How to Promote Success in The Child That Wants to Quit

Inside: My daughter’s fear of failure undermined the simplest of tasks. Find out how the Power of Yet turned everything around.

When my daughter’s preschool teacher told me she needed to work on her printing, I knew I had this. I reached out to my colleagues and assembled a wide-range of fun ways to work on fine motor skills. 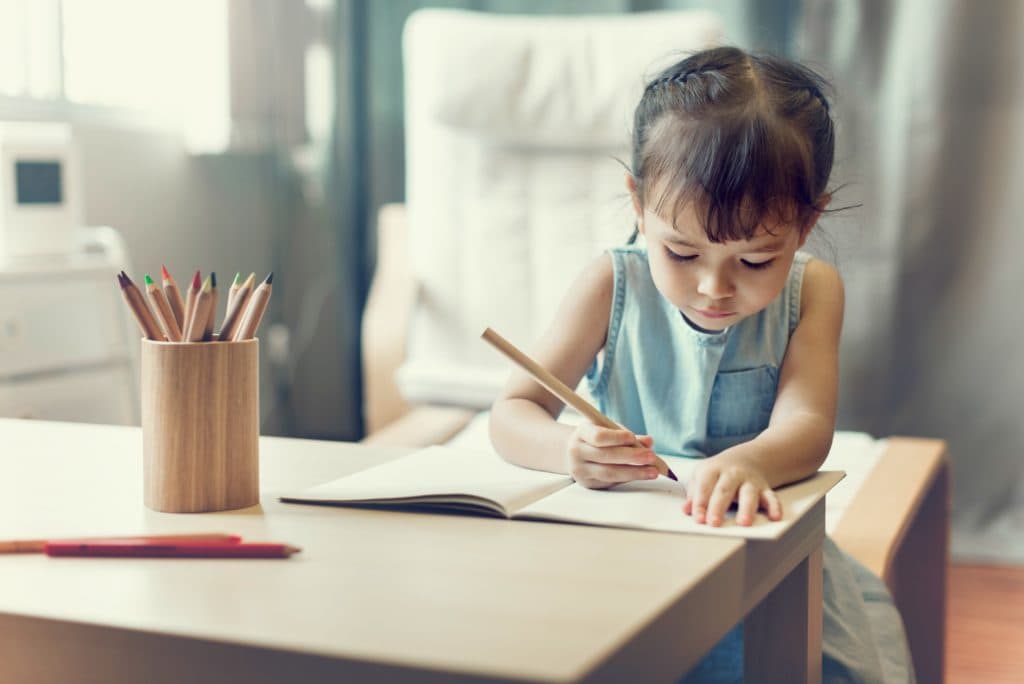 I got her pumped up.

“I have the coolest idea to work on your letters! You wanna try it?”

Her eyes sparkled, feeding off my excitement. “Yes!”

As I took a sharpie and wrote out the letters A through Z, my daughter sat down at our oversized dinner table. I handed her some tempera paint and a Q-tip and showed her how to dab her way down the letters. (This is a great way to promote pincer grip, letter recognition, and hand-eye coordination. Plus it’s more fun than sitting with a pencil working through worksheets.)

I started with the A so she had an example. Then, she dotted her way through B and C.

She was more focused than I’d seen her and was doing wonderfully.

I turned away for a mere moment. That’s when heard the sound of construction paper ripping.

I had no idea what happened.

“I made a mistake!” she shouted.

“Let me see.” I pieced together the ripped red paper and could see the paint wobbled on the letter D. Wanting her to continue on, I told her mistakes to happen, but she had done a wonderful job.

I offered to tape the original back together, said we could make a new one, or try another way to practice printing. My offers only made it worse. 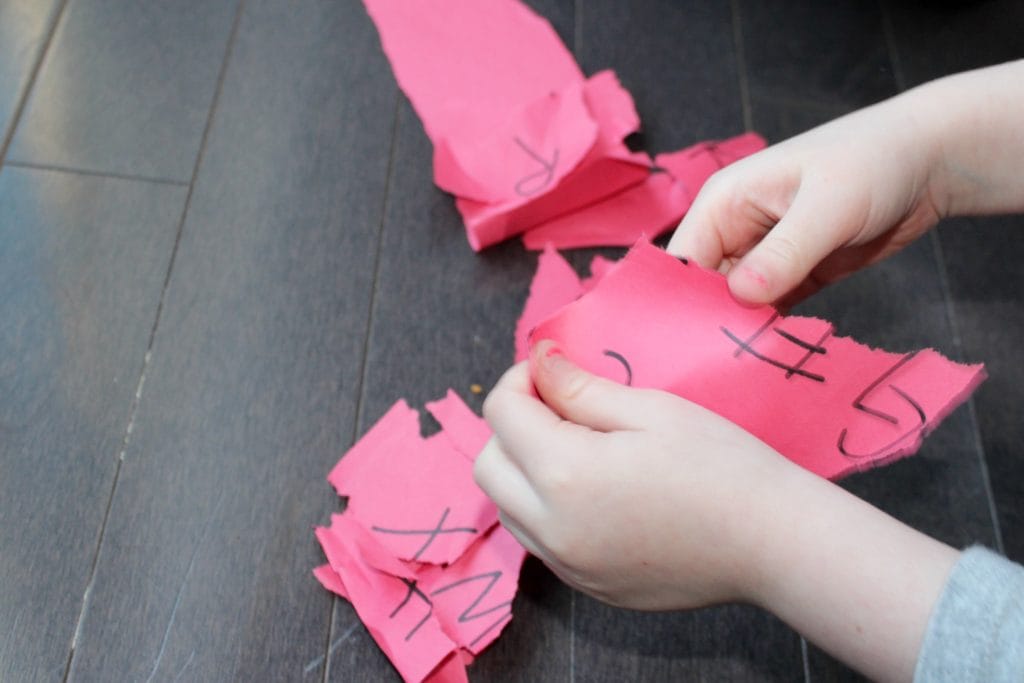 I had come up with an activity to work on printing. All seemed well until I found my daughter ripping up her work.

Every time she faced adversity after that moment, she quit.

Whether she was colouring, trying to write her name, or building with play dough, the moment my daughter faltered was the moment what she was working on was destroyed.

I had no idea what to do and feared the wrong reaction would intensify her reaction.

Her preschool teacher started to notice too. One day after school she approached me about my daughter and said, “She starts a task with enthusiasm but doesn’t complete anything.”

Part-way through senior kindergarten, the cycle of my daughter ruining her imperfect work changed. She began asking to pull out markers and work on writing her name and other words. She sat for ten minutes at a time happily working away.

Amazed and not wanting to affect her steadfastness, I refrained from saying too much.

One day, while happily colouring a bright blue Dory, she revealed the secret to her success. “Mrs. Clarisse says she loves it when I work so hard.” 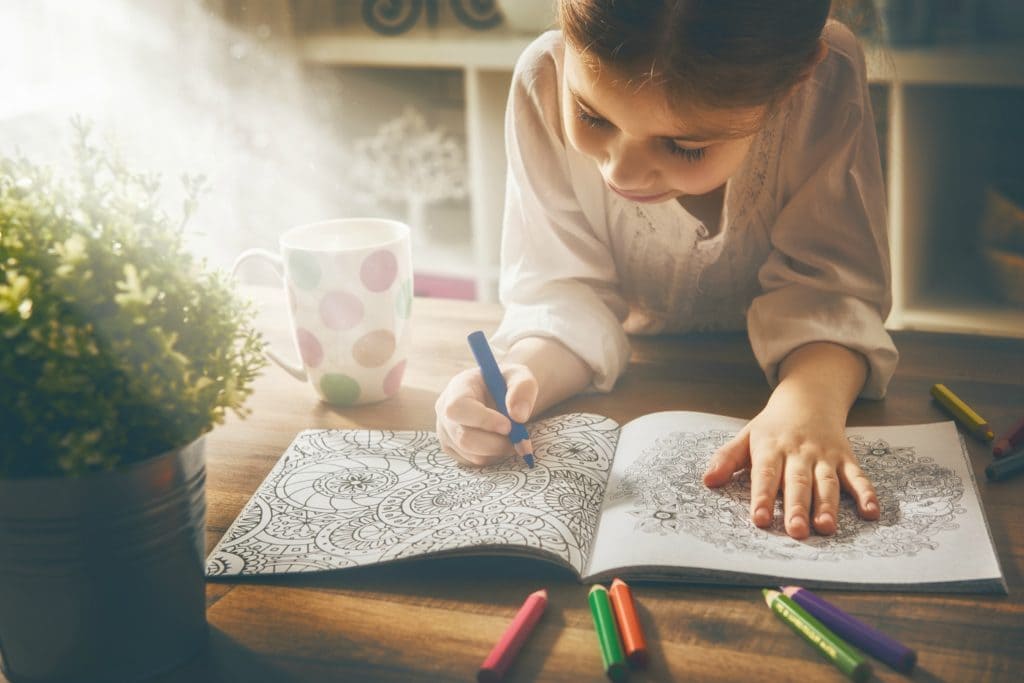 My daughter sat colouring for over ten minutes and didn’t rip up her work. I was amazed.

The answer was The Power of Yet.

I had read about The Power of Yet before but I didn’t know how to apply it to my daughter. Also, I didn’t expect it to play such a meaningful role in when she was so young. But it did.

What is the Power of Yet?

Dr. Carol Dweck, psychology professor at Stanford, decided to study students’ reactions to failure. She found that when students believed perseverance led to greater intelligence (growth mindset), they worked harder and outperformed their peers with a fixed mindset. Dr. Dweck and her colleagues also found that teaching children to focus on the process of learning fostered the benefits of a growth mindset.

Research in neuroscience has shown that the brain is much more impressionable than we ever knew.

With practice, neural networks grow new connections, strengthen existing ones, and build insulation that speeds transmission of impulses. These neuroscientific discoveries have shown us that we can increase our neural growth by the actions we take, such as using good strategies, asking questions, practicing, and following good nutrition and sleep habits. – Dr Carol Dweck

Now the question remains, how do you instill a growth mindset in children? The simplest way is to add the word ‘yet’ to their failure. In the example of my daughter practicing her printing, I could have said,  “Oh you didn’t get the D right yet.”

Disclaimer: This post is part of the YummyMummyClub.ca and the Ontario’s Catholic Teachers #CatholicTeachers sponsored program. I received compensation as thank you for my participation. This post reflects my personal opinion about the information provided by the sponsors.

How to foster a growth mindset with the power of yet in schools.

Mr. Rolland Chidiac sets the tone of his classroom by explaining to his students that they will fail and have moments they aren’t satisfied with their work. When they feel frustrated, they have two choices:

Related download: Scroll down to the link Download the Lesson Plan for Growth Mindset Intervention (Meant for Grade 7s)

Lessons for Life – Resilience in 3D from OECTA on Vimeo.

I’m grateful that my daughter’s teachers focus on lessons that supercede academic subjects.

How to instill a Growth Mindset at home

As soon as I witnessed the pivot in my daughter’s focus and persistence, I began brainstorming ways to praise her efforts. When I did focus on results, I praised the effort that went into it and not the accomplishment itself. Also, I stopped saying empty statements like, “Good girl,” and “Good job.”

Here are some simple phrases to build a growth mindset and the power of yet in kids:

Related resource: Download a Power of Yet Printable with these phrases

Since following the example of my daughter’s teacher, I have changed the way I praise my kids. It’s been almost a year since my daughter has torn up a colouring page or handwriting that isn’t quite right. She’s more focused and less results driven. I am eternally grateful to her teacher for promoting values that have led to her success.

For more information about the incredible teacher who turned my daughter’s fear of failure around, please visit http://www.catholicteachers.ca/LessonsForLife. 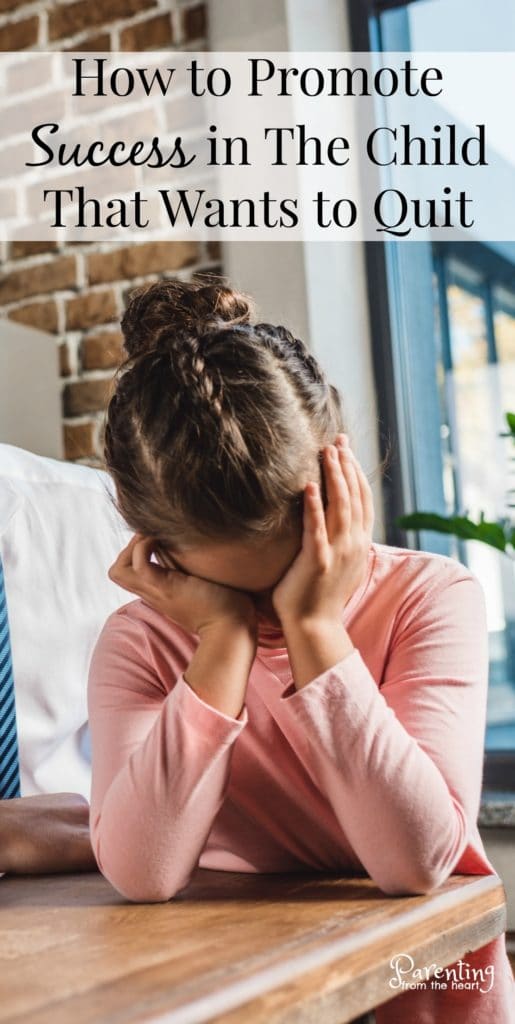 Previous Post: « How to Stop Your Toddler From Hitting Without the use of Punishment
Next Post: 10+ Powerful Strategies That Will Calm Your Angry Child »