Find out why social stories are an incredible tool for parenting young children. Find examples and a formula. Perfect for positive discipline. 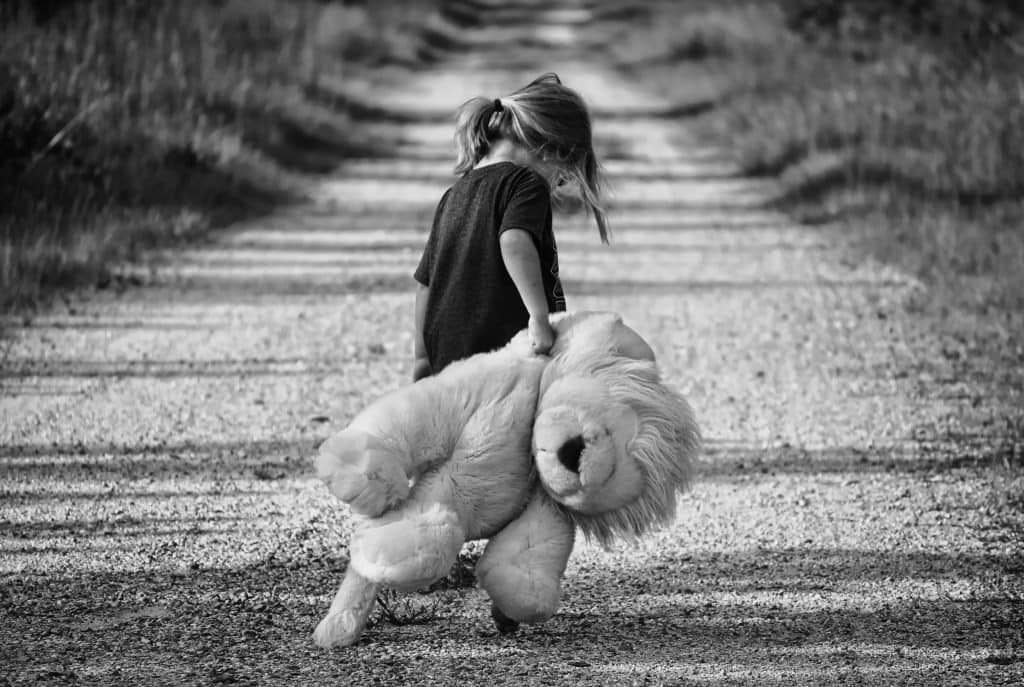 In the space of a couple of weeks, my five-year-old’s behaviour went from thoughtful and kind to unmanageably difficult.

I’m used to a girl who, when I ask for help, leaps up to offer me a hand. When my four-year-old son has a meltdown, she is the epitome of calm and reasonable.

Lately, however, she won’t miss an opportunity to pinch her brother as she passes him. She sticks out her tongue when she doesn’t like what someone says. When she’s colouring, the moment her crayon goes outside of the line, she rips the page from her Moana colouring book to shreds and throws her markers.

The change in her demeanour happened so quickly my head spun. I had no idea what to do. And so we entered into a continuous cycle of her acting out and me taking her up to her bedroom for a time in.

I bring her upstairs into her bedroom and close the door. I sit on the floor, open my arms and she falls into me. Then, I do my best to understand what is happening. I usually say something along the lines of: You’re really angry, huh? She tells me how she’s feeling. We agree a better course of action would be better. By the time we get downstairs, it’s as if her emotional slate is wiped clean.

In the past two weeks, this hasn’t worked at. all.

This is what happened when it came to a head.

On the weekend, her storm of anger reached its peak. And I, feeling helpless, was about to lose it. I don’t even know how many times I had brought her to her room that Saturday, but we were both flailing. I grabbed her by both shoulders and looked her dead in the eye.

It was a rhetorical question. What I actually meant was stop acting in the ‘wrong’ way.

At the tender age of five, she sensed my disingenuousness. For the first time ever, she didn’t lean into my embrace. In fact, she anted up to my frustration by going to the opposite side of her room from me. From her bed, she slid down onto the floor and rolled underneath so we could no longer see each other.

My heart was beating so strongly I could feel it in my throat. Normally, I understood my daughter. Even when her behaviour was unmanageable, I could see myself in her and could introspect to know how to act. This time, I was lost.

I don’t know what came over me at that moment. But what I did worked!

I gulped hard and started speaking.

“Once upon a time, there was an amazing girl. She was smart, sensitive, and thoughtful. Whenever she could, she would help her mama and help her brother. She loved to do arts and crafts and play dolls. One day, things started to get hard for this girl. And because of that, she started getting more and more frustrated. Her mama was always busy with her brother and the baby.”

That’s when it dawned on me.

In the weeks prior, my sensitive little girl had faced hardships. My parents’ dog, who she loved, was hit by a car. Then, my dad fell off a ladder and ended up in the hospital. And, she witnessed a loved one have a grand mal seizure. Plus, her brother had been needier than usual.

I incorporated these realizations into my improvised social story.

What are social stories?

Social stories refer to text, spoken word, or a series of pictures used as a means to help children on Autism Spectrum to self-regulate, anticipate unexpected changes (i.e. a fire alarm at school), understand theory of mind, and many other challenging life events.

This is how social stories empower young children

While social stories were originally intended for children with ASD, they are a powerful tool to scaffold self-regulation from young children. I had used them before quite a bit when my kids were younger but had forgotten how amazing they can be. Here are some examples.

Here are examples of when social stories work well

I use a general formula of a story about me as a child struggling with a similar life event as my children are. To build anticipation, I tell details and use repetition. For instance, the next day, I had another accident, but I kept trying and trying. Then, I describe how I eventually became proficient at the skill. The story switches to them. I illustrate their own struggles and attempts. Then, I explain how, eventually, they too will master the skill they’re struggling with.

I love social stories for parenting because they:

Slowly, my daughter inched herself out from under the bed. By the time I’d reached the clincher in my tale, she was in my arms once more.

“When the mama realized the girl had struggled when her grandpa got hurt and Maggie got hit by a car, all she wanted to do was hug her girl. The mom took the girl in her arms and suggested the two of them head out for special girls’ time.”

This was the first time we headed down from our time in her room where she smiled. Her relief was palpable and so was mine. 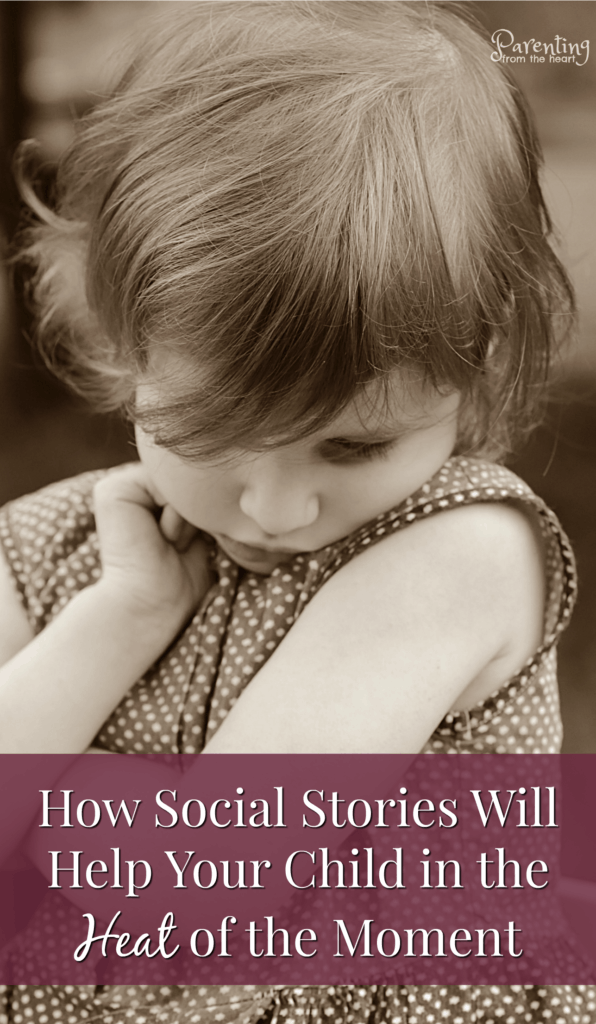 1197shares
We use cookies to ensure that we give you the best experience on our website. If you continue to use this site we will assume that you are happy with it.OkRead more