You are here: Home / Positive Parenting Strategies / Parenting Toddlers / Stop whining in its tracks with this simple strategy 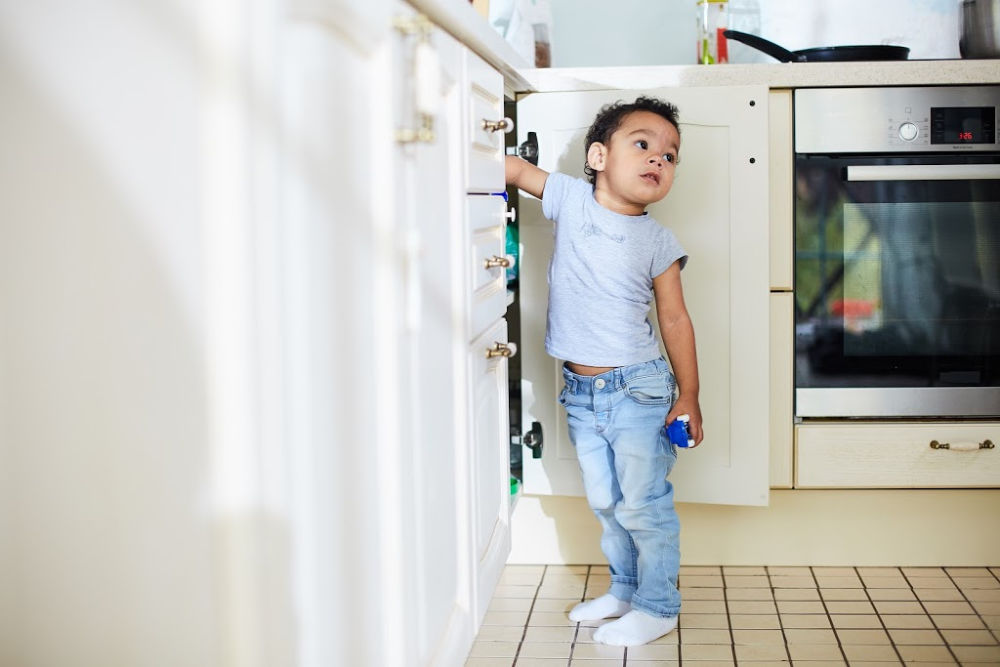 Lockdown has been both the best and worst of times for our family. While I won’t get into all the particulars of both, some highlights have been eating dinner as a family more, spending way more time outside and making all things imaginable using yeast.

It could be because all three kids are home, I’ve been in school and things have just been more challenging than usual.

Or maybe it’s because my stress has been palpable.

Either way, our three-year-old’s whining has reached an all-time high.

Whether it’s a first time request for sourdough and a yogurt drink or one of his siblings has interfered with his play, his tone changes from pleasant to a screeching-almost-scream in no time flat.

As his whining has increased so have my assertions to “Stop whining!” And thus we have entered into a neverending cycle of him whining and me using my most serious parenting tone to tell him to stop.

Nothing is getting better and, the truth, is I know better.

When it comes to correcting child behaviour, I know what I’m doing is ineffective.

For one, parenting from autopilot almost never works.

We’re training a puppy right now and it’s funny because I would never tell a twelve-week-old puppy to sit from the other room. Moreover, while he’s so young, I’m not giving him commands when I’m not present enough to make sure he listens. And yet, with my three-year-old, I’ve been doing just that. While I’m busy making dinner or elbow-deep in dirt from the garden, I hear him wine, tell him to stop whining and carry on with what I’m doing.

Additionally, I know that negative language requires children to double-process. For toddlers, this can be quite challenging. Not only does my little guy need to process what I have said, but I am also expecting that he deduces what he should be doing instead.

When it comes to problematic behaviours, my first step is this.

In the past, when my kids seem to be fighting all the time or when backtalk gets out of hand, my first step is to stop, drop, and coach.

All too often, I catch myself in the above-mentioned cycle. I multitask while parenting and, at best, my half-focus on them gets half-listening from them. At worst, they don’t listen at all. So when I realize we’re all getting nowhere, I make a promise to myself to stop when the problematic behaviour starts, drop whatever I’m doing, and coach them through the behaviour.

With regards to whining, there are a few things to consider.

To stop whining in its tracks…

Finally, the very simple but effective strategy I used to stop whining in its tracks is to:

This idea came from my friend Katie, who’s education is in educational psychology.

Using this, I stop what I’m doing, get down to my son’s level and very calmly say, “Should you say, ‘I waaaant another yogurt tuuuube?'” mimicking his tone and intonation (without mocking). “Or, should you say, ‘Can I have another yogurt tube, please?'” which I model in a calm, matter-of-fact tone. Then, once he corrects himself and he gets what he wants.

I catch myself autopilot parenting more than I’d like. And because of this, I’m still addressing my son’s whining. However, the more I’m present, calm, help him deep breathe and demonstrate the contrast between his whining and how to speak appropriately, the less he’s whining. I feel less tense and he seems happier too!

For more on parenting toddlers, check out:

Front-loading, Redirection and Connection: 3 Strategies for Your Strong-Willed Toddler

The Stress-Free Way to Potty Train Your Toddler

How to Handle Your Toddler’s Potty Training Regression

When Should a Toddler Stop Napping? A Sleep Expert Weighs in

Toddler Biting? This positive approach will stop it for good