You are here: Home / Life Lessons / 5 Pieces of Wisdom When The Baby Weight Doesn’t Come Off 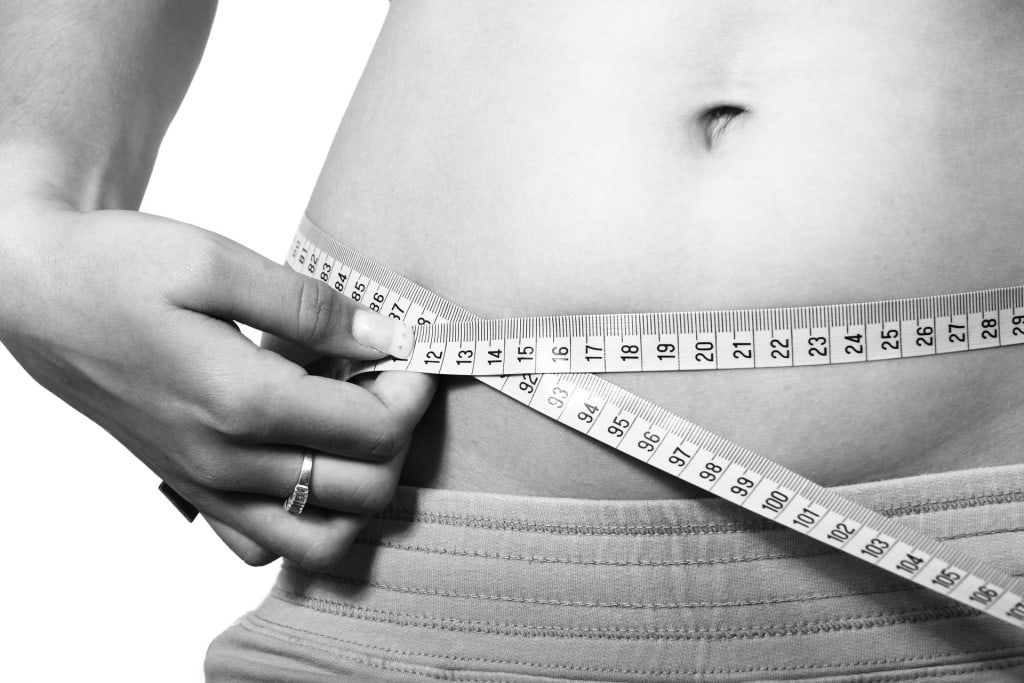 We were sitting in a friend’s apartment. My husband in a suit, I was about eight months pregnant and in the closest thing to business attire that the maternity store had (I realize now this is one of the last times I would be dressed like this).

We had stopped by on the way home from work to pick up some baby stuff my friend was kind enough to lend us. It was the first time I had seen her since her baby shower. And admittedly, I was a bit taken aback to see that her normally svelte, athletic frame still had a most, if not all of the baby weight still on it.

As we rode the elevator down from her place, my husband could obviously sense what I was thinking. “You’ll lose the weight easily. You’re so fit and conscientious.” I looked at him so wide-eyed and deflated, “So is she! And she hasn’t.” Still trying to reassure me, he insisted, “You’ll be breastfeeding. The weight will just melt off.” But she was breastfeeding too.

Fast-forward to four months after my daughter’s birth, the weight had been coming off very, very slowly.

We were on a family vacation when I stepped on the scale.

The numbers flashed before me and my stomach sank.

Everything I had lost from my six-week postpartum check-up was back on. I resolved to get on it and get on it fast. In about a month and a half, I was five pounds shy of my goal weight. One week later, I held a positive pregnancy test. At the end of my second pregnancy, I weighed in ten pounds heavier than I did with my first.

I promised myself that this time around, I would be more successful than the time before. It turned out this was a very lofty goal. I had two babies under two, no time for myself, and was nursing them both. Still, the initial ten pounds came off faster than before.

In time, I made it nine pounds from my goal weight.

Then, sleep deprivation, financial stress, and parenting two under two what I was doing. Once the kids were in bed, eating became a nice, soothing way to unwind from my days in the mommy trenches. I thought I may have gained some of it back. But when I saw a recent picture of myself, I was shocked to see how much I had.

I stepped back on the scale only to find out, I had gained every single pound back that I had lost. Even though I got more active, I wallowed in insecurity and shame. I think it was my lack of fervour or fear of even more failure that I didn’t completely commit. The scale did move, plus or minus about two pounds. Nothing more. Nothing less. I avoided pictures, I avoided structured clothes. I would see old pictures of myself pre-kids and feel a combination of hope I might get back to that weight and embarrassment for what I had gained and where I remained. I’m back on it again. Yesterday, I weighed in 6 pounds lighter than I did April 7th. Though that may seem marginal, it is a very affirming of what I’ve been doing. Through my weight gains and losses, here are a few lessons I’ve learned along the way. 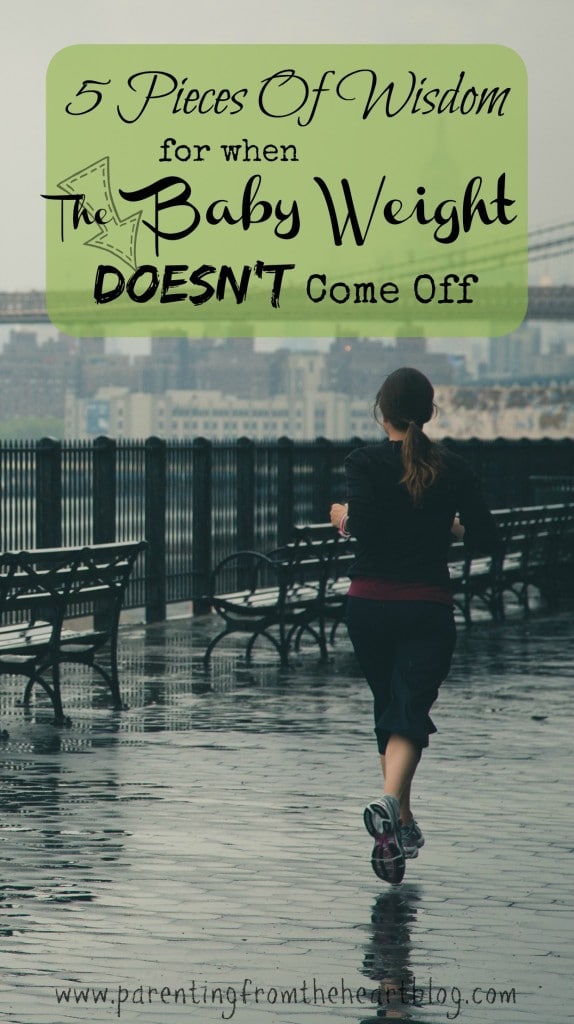 First and foremost, forgive yourself.

I had visions of the baby weight melting off and being tabloid magazine-worthy in a matter of weeks. The truth is pregnancy, delivery, healing, breastfeeding, sleepless night, teething, and never-ending sleep deprivation take their toll. Don’t measure your success by the measurement of your weight. You’re worth more than that.

Ignorance may be temporary bliss, but that bliss creates a bitch of a reality to face later on.

Having been lean my entire life, I have had the luxury of foregoing the use of a scale. I have never owned one. I didn’t weigh myself unless I was somewhere with a scale. During my postpartum weight fiasco, I erroneously thought I could make healthy choices, eat whenever I wanted, indulge when I wanted and it would all work out just fine. Optimism is great, but optimism doesn’t a slender waistline make!

Yoga pants are your best friend and worst friend.

It goes without saying yoga pants are the unofficial uniform of the Stay-at-Home Mom. They move with you no matter what situation you find yourself in with a toddler. The problem? At my heaviest, though I didn’t look as good, I still fit comfortably into my yoga pants. And because I wore them day in and day out, it wasn’t until I tried to try on my jeans that reality actually set in.

Do not shy away from pictures!

I may sound crazy to be writing about being the heaviest I’ve ever been and not avoiding photos, but there are a few things I know when it comes to taking pictures and being a mom. More often than not, YOU are the one taking pictures. The vast majority of the time, the only way I get a picture with my kids is if I ask someone.

So if you’re lucky enough to have someone offer to take your pic, don’t decline! Furthermore, my kids are growing up at what seems to be the blink of an eye. I would like proof that despite my sleep-deprived, coffee-infused haze that I was actually there for their childhood years and wasn’t completely lost in a state of delirium. The final reason why not to shy away is that weight fluctuates and a lot of it is about perspective. Your heaviest today may not be your heaviest tomorrow and so your fat pictures may actually not look so fat down the road. Or, even better, the pictures you don’t want to take today may be proof of how much you lose down the line. Either way, proof you didn’t spend the entire course of the toddler years in the fetal position is worth having. Period.

And accountability. Maybe you have iron-clad willpower. Clearly, I don’t. It’s been almost two years since my last baby and I’m still working at losing the weight. I tried working out and eating healthier with no distinct goals. I set some workout goals and went at it independently. My most recent success is only aiming for 30 minutes of exercise using exercise videos, treating my exercise time as a cannot-be-missed appointment (Thank you, Vera for this suggestion), tracking my food on an app, checking my days off that I do either or both on a calendar I can see, and talking it out with a friend and blogger, Mama by Fire the whole way through. It may sound overly regimented to some, but this is where I’ve had my quickest success. I don’t and won’t ever diet. So, this methodology seems to work.

The same number on the scale that once winded you as you gained becomes a reason to rejoice on the way down.

I’m sure I’ll learn more along the way! Do you have any insights to share or stories? Please share!