“The World Health Organization recommends you breastfeed your baby until two years or beyond,” our breastfeeding course instructor informed us. Had I been drinking something, I would have literally spat.

Two years? Was she crazy?

At eight months pregnant with my first, I was really oblivious when it came to all things breastfeeding. My plan was to try breastfeeding out, but introduce a bottle soon. And then wean shortly thereafter.

How little did I know…

Not only did I end up nursing my two oldest children much longer than expected, I also struggled greatly with the idea of giving my babies a bottle. I don’t know exactly why I was so concerned about bottle feeding. Perhaps it was the idea that it wouldn’t work out and then I would know the option no longer existed. I was concerned about nipple confusion. Along with worrying that bottle feeding might not work, I was also afraid it may work too well and my baby wouldn’t want to breastfeed anymore. Throw in postpartum emotions and I was stuck in this state of constantly thinking I should introduce a bottle but fearful about all of the negative outcomes. Irrational, I know.

After a bit of research and a dose a blind courage, I found the best baby bottles for a breastfed baby and some great tactics for successfully introducing a bottle. 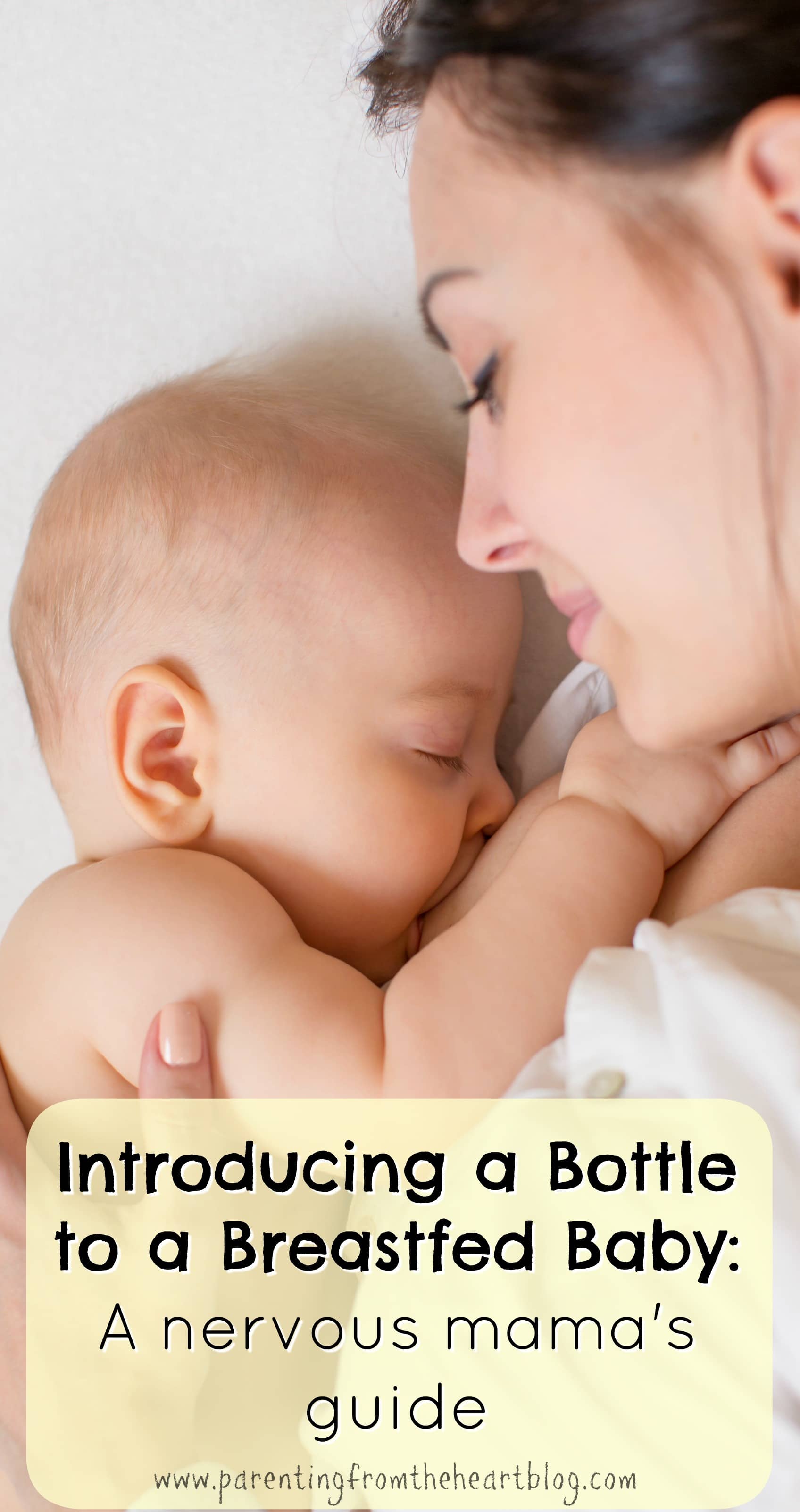 When deciding to bottle feed, the bottle is undoubtedly key. The best baby bottles I’ve come across, by far, are the Nuk Simply Natural bottles. For one, the nipple is created to look and feel like a mother’s nipple. It has an anti-colic air system. And, it has a ‘slow flow’ release. This is crucial for babies as breastmilk let down slows as baby needs to take a break. Without a slow release, when drinking from a bottle, babies end up drinking too much too fast. This can make them overeat, be more inclined to spit up and be gassier. All no fun for Mama and Baby. Nuk Simply Natural bottles solve this problem. Finally, the other aspect of the bottles that I love is that they are equipt with several holes to mimic the let down of breastfeeding. (Chalk that one up to another thing I didn’t know about breastfeeding. I had visions of the spray being a little more like a hose and a lot less like a sprinkler! But I digress…)

Best Tips for Introducing Bottles to a Breastfed Baby