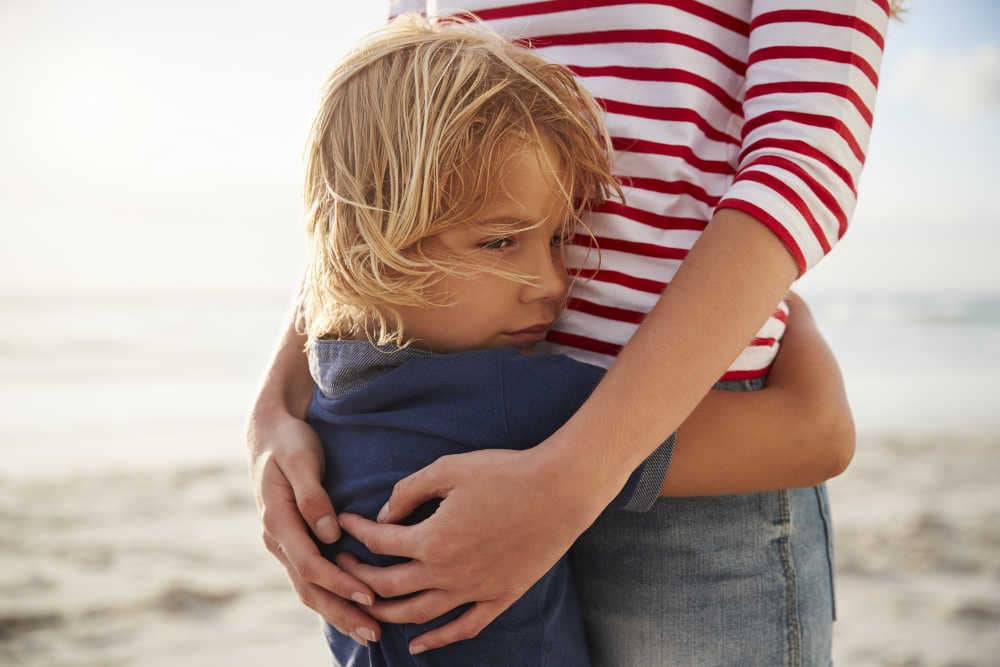 Research has shown certain consequences for kids undermine the goal of raising good, moral children. However, natural and logical consequences are invaluable teachers.

The main goal of my parenting is to raise moral children. And even though my end goal is clear, getting there is certainly full of twists and turns. You see, my children entered this world with their own strong-willed temperaments and, as such, getting them to respond to listen and respond calmly are works-in-progress.

There are days where everything can feel like a power struggle.

For instance, just the other day, we had to drive home in traffic. That afternoon, we met up with my brother and his dogs, walked down to an inlet and took an aqua bus to visit a local hotspot. After eating their fill of cheese and pepperoni pizza, we took the kids to a splash pad with a free water slide. For the next hour or so, my two oldest kids endlessly mounted the wet wooden staircase to ride the slide down.

Though the day could not have been better, my timing was less than perfect. When we got onto the highway, we were met with gridlock. Rush hour had begun. And just as we hit that wall of traffic, something in my older two snapped. Almost immediately, they were roughhousing and squealing at decibel levels that left my ears ringing. Then, I heard a snap. Then another snap followed by maniacal laughter. They had taken the tricks my brother had bought them at a magic shop and were throwing them throughout the car.

My heart rate began to accelerate as I gripped the steering wheel tighter.

In the past, I might have yelled at my kids to be quiet.

In fact, I likely would have yelled and threatened some sort of arbitrary consequence like, “If you don’t quiet down right now, there will be no dessert!”

For the longest time, I didn’t know how to execute discipline any better. So, there were times my emotions got the best of me. But, the more I read about moral development, the more I understand that this approach to parenting – anger coupled with arbitrary consequences – only undermined my goal to raise good children.

Related reading: How to execute positive parenting from a position of strength

What research says about arbitrary consequences for kids

In the short term, my yelling or threats of taking away ice cream may work.

My children fear my anger and want to do whatever it takes to get dessert. However, research shows that long term rewards and punishments are ineffective (1). In an analysis of studies on moral development, researchers found that parents who overpower, are negative, conflictual and sarcastic with their children have children with less mature moral reasoning (2). Not only that, but these researchers found that when mothers are relatively angry and use physical or verbal pressure on their children, their children become more reliant on external pressures to comply, are more resentful towards their mothers and are more likely to reject her rules in the future. Additionally, children who were raised where power exertion was regularly used showed lower internalized moral values and less mature moral cognition.

When applied to my children this means that the more I yell and the more I threaten to take away ice cream, the more they will resent me and the less likely they will be to value what I’m trying to teach them (in this case to be respectful and quiet while someone is driving).

Despite this, children still need structure, guidance and at times, consequences.

Related reading: Why authoritative parenting is crucial now but not have been before 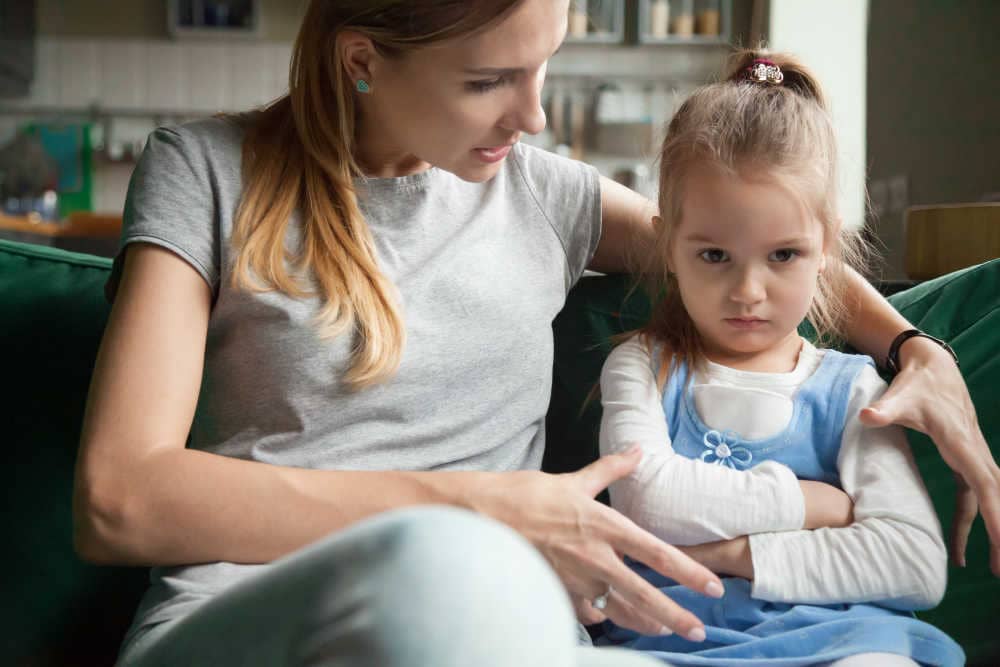 The truth is, punishments are easier than other parenting measures. They take a one-size-fits-all approach to whatever dilemma is at hand. Threaten, scold, yell, ground, spank, or bribe to get better behaviour quickly.

As stated before, these methods can work in the short term. However, the more consistently punishments are used, the more children rely on external pressure to behave. Not only does this lead to lower level moral reasoning but it also has devastating implications for peer pressure. For example, when parents are concerned with how influenced their teenage children are by their peers, parenting consultant, Barbara Coloroso shares, “From the time he was young, he… acted the way you told him to act; he said the things you told him to say. He’s been listening to somebody else tell him what to do….he hasn’t changed. He is still listening to somebody else tell him what to do. The problem is, it isn’t you anymore; it’s his peers.” When parents use power to improve behaviour, children lose their moral agency (3).

Related reading: Scolding undermines effective parenting. This is why (and what to do instead).

The use of punishment has other terrible side effects too. Namely, it models aggressive behaviour and it erodes the relationship between the parent and child (1). In addition, behaviourists state that punishment and rewards imposed by another person will decrease overall adaptive behaviour. Furthermore, they don’t follow logically from the event that has unfolded. Because of this, they damage the relationship between the parent and child. And as such, they also fail to recognize the needs of the child and the family.

Instead of random punishments, consequences for children should be natural or logical.

Children thrive on order and do best when their parents have high expectations. Because of this, it is crucial that parents still maintain family rules and follow through.

Research shows the most effective discipline for children involves:

Natural consequences stem directly from a child’s behaviour. And, as such, parents do not impose them in any way. At the same time, for a child to truly experience a natural consequence, parents should not save their child from it.

Some examples of natural consequences include:

Logical consequences are imposed by the parent. Unlike arbitrary consequences, logical ones are directly tied to the child’s behaviour, take into account the child’s perspective and are proportionate to what has happened. They give a child the chance to understand what happens when he doesn’t behave in a way that is safe or appropriate. The parent doesn’t make attributions about the child’s character. As such, they separate the child from her action. This type of consequence for kids is administered in a calm way.

Before using logical consequences, it is important to take note of the state of the child. Has his basic needs been met? Meaning, is she not listening because she’s hungry, overstimulated, over-tired, or could just use some help? If it’s yes to any of these questions, then the best course of action is to work at solving these issues first.

Some examples of logical consequences in our own home include: 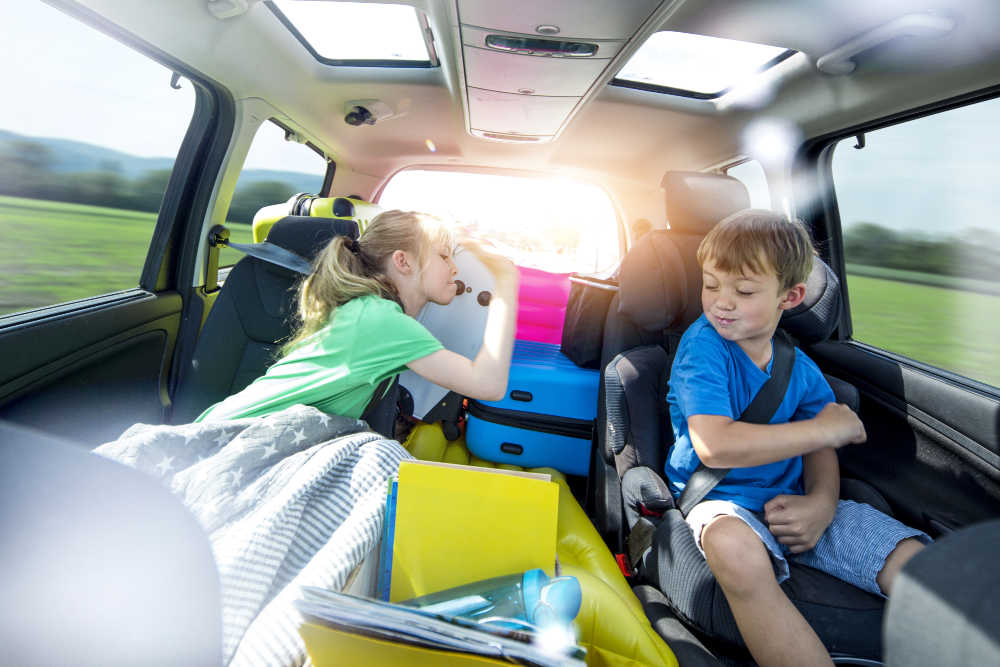 A final note about consequences for kids

The day we hit traffic and my children’s behaviour deteriorated, I pulled to the side of the road and turned on my hazard lights. “I cannot drive safely with people screaming. I will wait as long as it takes for everyone to be calm.”

It took about a minute’s time, but the screaming stopped.

That’s when I realized that their magic tricks had particles in their packaging. When my kids opened them, little bits of sawdust exploded and landed all over the back seats. “Before dinner tonight, you both have to vacuum up the mess you made.”

There was a little protest, but eventually, they agreed.

The rest of the way home, they were mostly peaceful. And, before I went out to get tzatziki for dinner, they had cleaned the car.

The truth is, executing logical consequences or allowing for natural consequences takes patience, practice and the results aren’t immediate. However, the more my children experience them, the more they understand the implications of their behaviour and the more likely they are to internalize my values.

More great articles that you may find helpful:

Scolding undermines effective parenting. This is why (and what to do instead).

How to Discipline a Child: Why science says this is the best approach

2724shares
We use cookies to ensure that we give you the best experience on our website. If you continue to use this site we will assume that you are happy with it.OkRead more