You are here: Home / Posts / Why you should donate most of your children’s toys 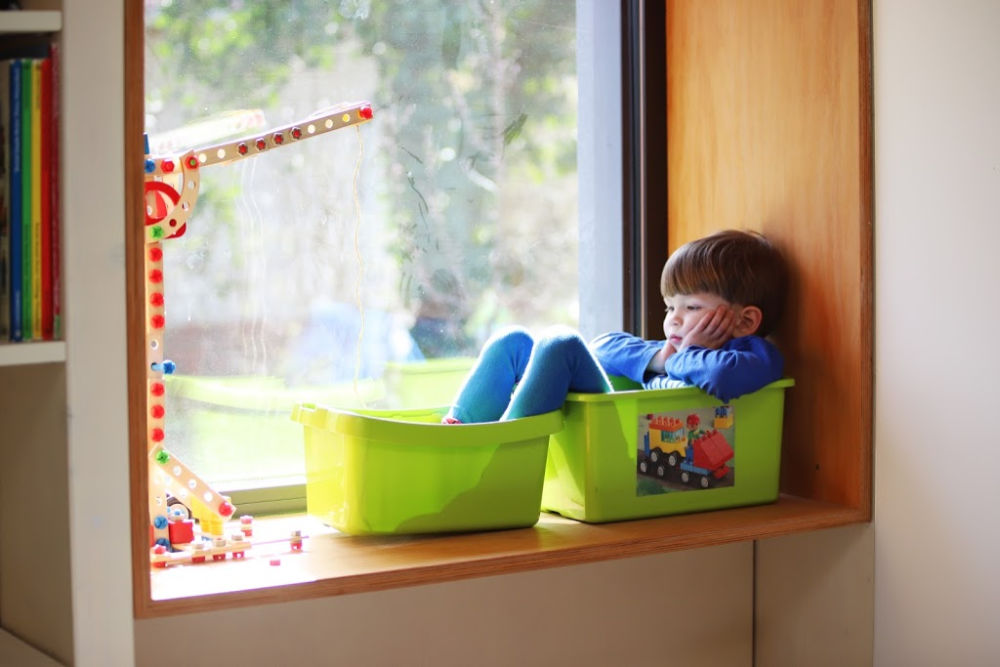 When it comes to toys, research says less is more. Find out how to organize, minimize and donate toys here includes a free printable.

More than once I’ve looked out over our basement and the sea of toys that have somehow reproduced overnight, thinking…

What would it be like if I grabbed a couple of garbage bags and a broom and just started sweeping until there was nothing left?

How incredible would it be to never find an LOL shoe in an obscure place or step on a jagged piece of lego again?

Let’s get something straight, I have never nor will I ever get rid of all of my kids’ toys. But the idea has tempted me. More than once.

It turns out, I’m not the first to think of getting rid of all. the. toys.

In 1981, Bavarian researchers conducted a groundbreaking experiment where they removed all of the toys in select kindergarten classes. Their hypothesis was that excess toy consumption in childhood impacts adult addiction.

Researchers and teachers prepped parents and students so they knew that their classrooms would be stripped of all playthings including paper, crayons, paint, and blocks and other childhood staples.

Not surprisingly, the children talked about missing toys…

But they talked more in general. In fact, teachers reported children more likely to converse in general discussing their feelings, ideas and who would be who in role play.

Their creativity flourished as did their abilities to build. Though all toys had been removed, the children could use hammers, nails and saws. And so, each time they went out into the forest, they would gather sticks (and sometimes massive branches). They worked in the garden and built a hut to play in. When inside, they used items from nature to both build and act as stand-ins for toys. While the evidence with respect to addiction needed further exploration, the benefits of going toy-free had parents requesting the process to continue (1).

As an amazon associate, I earn from qualifying purchases.

But it’s not just this research…

Family therapist, Kim John Payne states that children are overstressed and show disordered behaviour due to compounding stress (2). In his book, Simplicity Parenting, Payne shares that too many toys are one of the multiple sources of childhood stress. (Too many extracurricular activities, too much screen time and too much homework are others.) He suggests that children have no more than 20 toys available to play with at any given time. He suggests that when we minimize toys, children are less stressed, less overwhelmed, bored less often and are more creative.

Related reading: Child stress: Why this time is being called an undeclared war on childhood and what to do about it

Though I’m fascinated by the German findings, I’m not about to get rid of all of my kids’ toys.

First of all, I love listening to my daughter play with her Playmobil and my sons’ build epic lego towers only to pretend there’s an earthquake.

And, in truth, I have such fond memories of playing with my dollhouse when I was little. (In fact, I played with it into high school and just did it covertly.)

Finally, I appreciate the loved ones in our lives who have spent time and money getting presents for my kid.

That said, it’s clear. When it comes to toys, less is more.

So this begs the question, how do we find balance in a home overrun by toys? Here is our ‘toy store’ solution.

Last January, we started a process of getting rid of the majority of our toys.

This has worked really well because, the toys they still want, they trade for. In truth though, most toys that ended up they forgot about and don’t want that much anymore.

If you’re looking to donate toys, here are some general rules to get you started.

1. Involve the kids in the purge.

If your household is anything like mine, you’ve gathered items to be donated only to have your kids find your donation bag. Old toys become remarkably appealing when Mom has decided you no longer need them. .

The answer here is to involve them.  Yes, it takes more time and can mean addressing indecisiveness, willfulness, and other delaying behaviours.

Furthermore, I want my children to understand why we donate. There are children less fortunate than ours who would greatly benefit from their extra toys. In turn, I want them to appreciate what they do have.

Related reading: The Best Tip to get your Children to Clean Up

It’s all about quality over quantity.

As found in the above-mentioned German study as well as a study published out of Oxford University found that people who have less tend to be more creative.

To start, I hand my kids bags to collect items and we work together.

Here is how we approach purging toys:

We put toys that are broken and haven’t been fixed in a month in the garbage.

In terms of what to donate, ask yourself and your kids:

Then, have the kids tidy up. I find putting a song on and asking them to finish before the song ends, setting a timer, or having a race (where I am the loser) are all great motivators.

The prospect of donating most of your toys may feel daunting. Working away bit by bit can make it more manageable and get the kids on board.

Since minimizing our toys, I find my kids have the space to be creative, not feel overwhelmed and they play more.

If you’re looking for ideas on organization, I highlight recommend my friend, Ashley’s article, 5 Awesome Tips for Playroom Organization.

More resources you may find helpful

Breaking the golden rule of screentime is better for your family

Child stress: Why this time is being called an undeclared war on childhood and what to do about it

10 tips on minimizing and organizing toys

3 golden rules to give your child the best summer ever

Previous Post: « Insights & Strategies for Raising Strong-Willed Children
Next Post: Baby Sleep: The number one tip you need to know »