You are here: Home / Positive Parenting Strategies / Parenting Babies / Planning for and Parenting Two Under Two 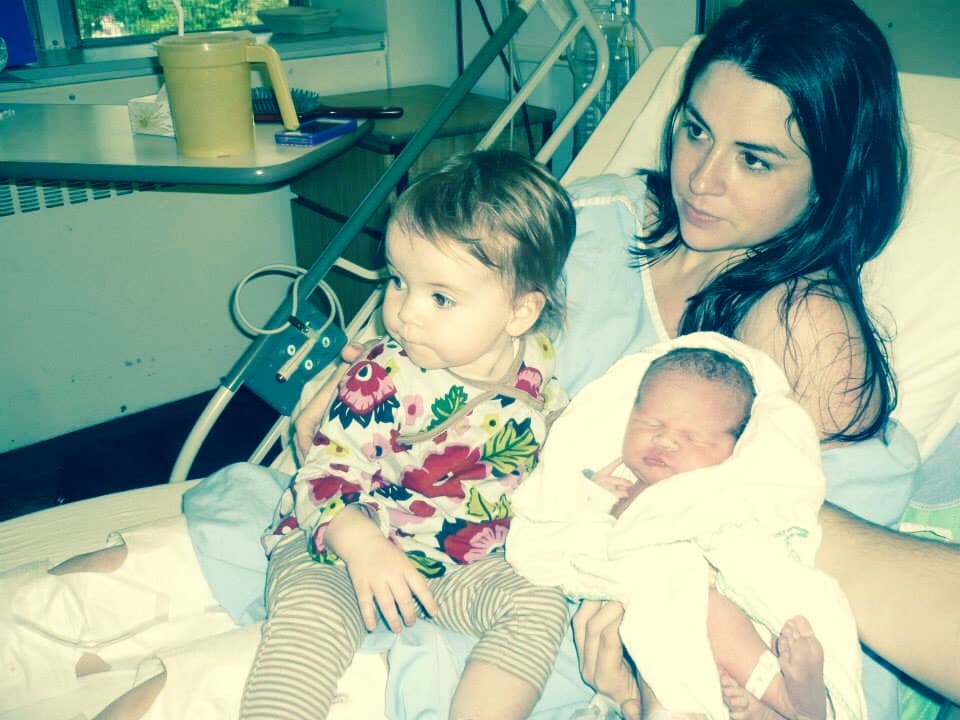 I was six months postpartum and five pounds from my pre-baby weight.

As I cleaned our master bathroom, I felt good wearing a tank top I finally fit back into. Life was starting to settle down after just over a year of momentous life events. In the than a year we had gotten married and welcomed our first baby.

When I looked in the mirror, that shirt I’d just gotten back into suddenly, yet again, looked too tight.

Then, it hit me, my period was due.

I always do this. Around that time of the month, I get puffy. Then, I momentarily mistake that for weight gain. I needed to stop being so hard on myself. I did the quick math in my head.

Wait. Something wasn’t adding up.

I grabbed my phone and meticulously did the math. My period wasn’t due. It was late! Ever since about six weeks postpartum (despite exclusively breastfeeding), I had been on a predictable, 28-day cycle. I stopped cleaning, grabbed my wallet and keys and told my husband I had to go to the pharmacy across the street. I couldn’t admit to him what I suspected was up for fear he’d think I was crazy.

We had just had a baby six months prior!

As I took the elevator back up to our apartment, the pregnancy test was clutched tightly in my hand. The reality of all of it started to sink in. The math was not only suggesting I was pregnant, but the baby would likely be due on my sister in-law’s scheduled wedding day. Good God Almighty. In just over a year, we had gotten married, moved twice, lost two family members, travelled twice to visit family, and became first-time parents. So much for cruise control!

Shortly after the double pink lines slowly presented themselves, I started scouring the internet for tips on two under two. I wanted to know how to successfully introduce a baby to a young toddler, how to parent two under two, and any piece of advice to help get me and my family prepared. I don’t know if my keywords weren’t right, but what I found was minimal and largely directed to older first-borns. After having gone through it myself, here are some tips for planning for and parenting two under two.

Getting Ready for Two Under Two: Before/ In the Hospital 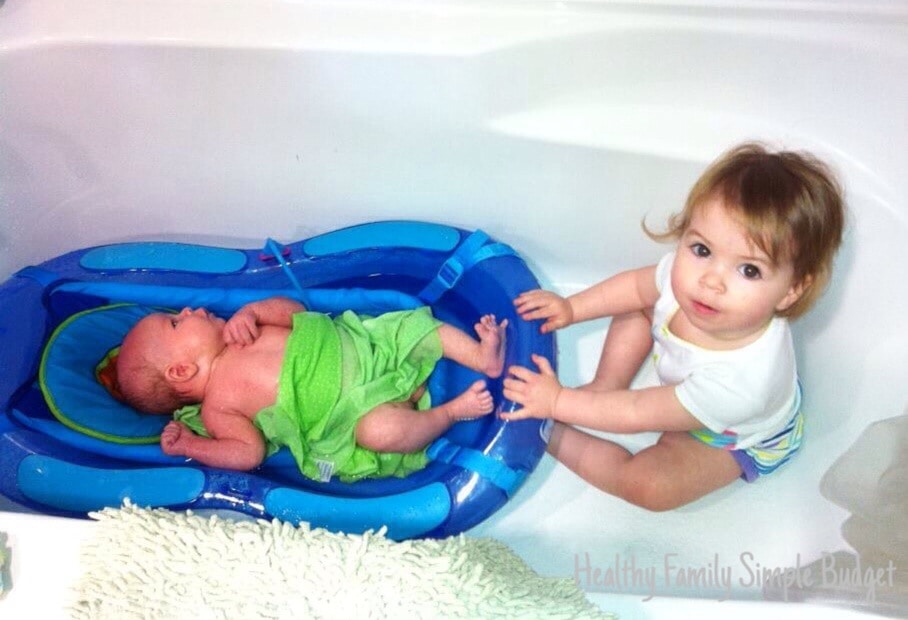 Coming home to two under two 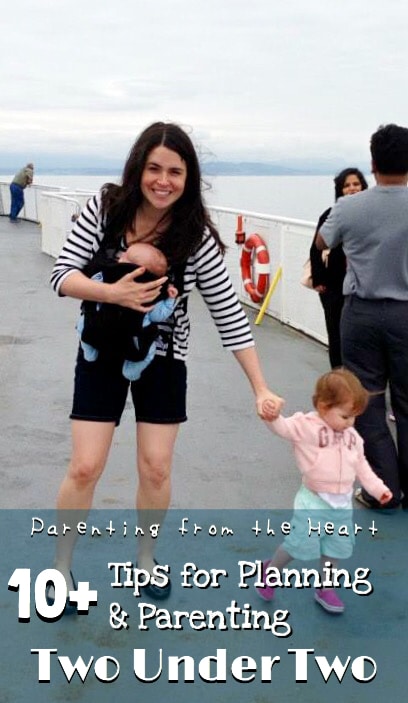 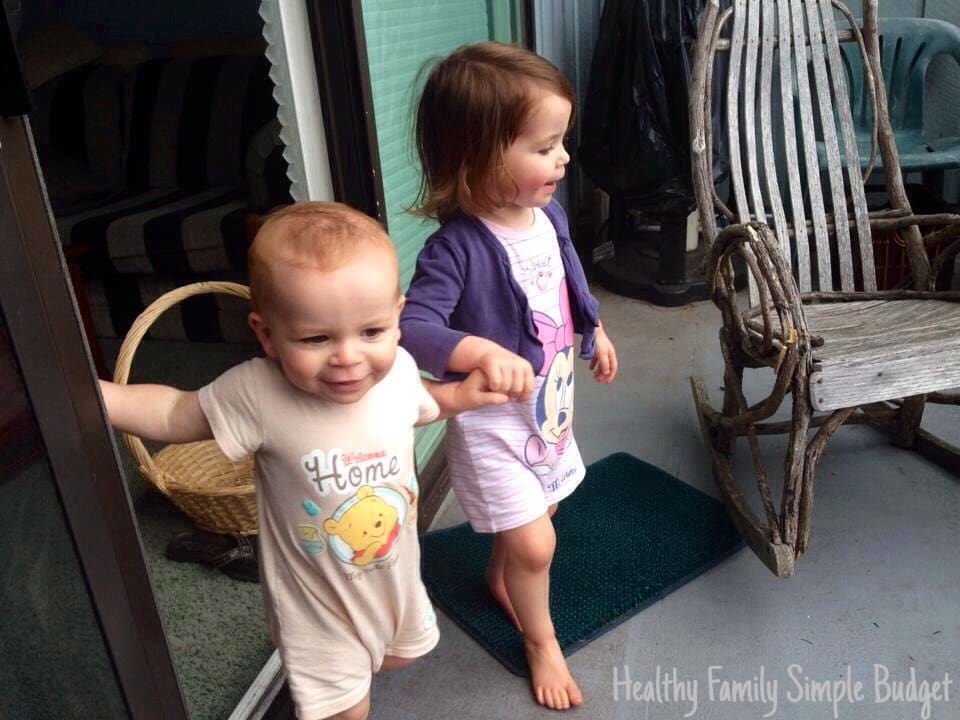 The Best Parts of Two Under Two (Based on my Experience)

For some more great tips on parenting two under two, check out Two Under Two – A Survivor’s Guide from Twitchetts.