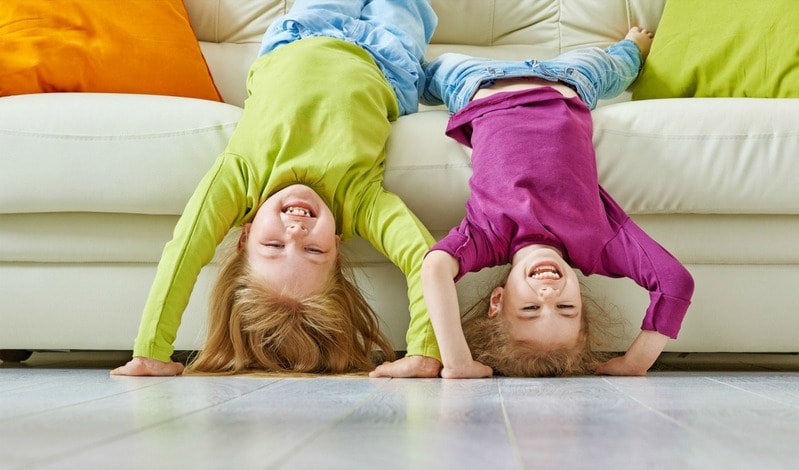 My kids aren’t obedient because I don’t expect them to be. And there’s good reason for this. Find out why obedient kids should not be a goal of parenting.

As we entered into my OB-GYN’s office, we may as well have been a three-ringed-circus.

At eight months pregnant, I was so big my waddle was unmistakable. If my oversized belly didn’t turn heads, then my bouncy three-year-old and four-year-old companions certainly did.

I had anticipated this

In the car on the way to the obstetrician’s office, I preempted my kids.

“The nurse has to examen me and the baby, so I need you two to be really good. I need gentle touches and good listening from you both.”

Once in the office, it only took mere seconds before my son noticed the waiting room had two sides. Half of the room is set up for patients going in for ultrasounds. The other half is the queue for the OB-GYN. Both were streaming the same Netflix show. Naturally, my strong-willed three-year-old son chose the overcrowded ultrasound side. I acquiesced, knowing he couldn’t go too far or do too much damage sitting in a chair on the other side of the room.

Immediately, I noticed the whispers.

On top of it, I noticed an elderly woman point at my son and then me. She said something to the person beside her. She shot me a look of clear disapproval. I’ve got this, I thought. Don’t you worry, lady.

It only continued from there…

My son decided to join us on the correct side of the waiting room. No sooner were my wild ones together than they started whispering my name behind my back, pretending the nurse had called me into the examination room. Nice try.

Once in the room, I removed my Hunter boots to be weighed. My not-so-compliant children decided this was prime time to play their own rendition of musical boots. My daughter’s ended up on her hands, my son’s on his, and mine on my daughter’s feet. Actually, they went all the way up her legs, but you get the idea.

After requesting everyone wear their own boots on their own feet, I found myself with two bouncing beings beside me on the examination table. I was inundated with, “What’s this? Can I touch that? What’s this for? Why? How do you know there’s blood in your body? What’s blood pressure?”

The nurse looked at me with appreciation, “You’ve got your hands full.” 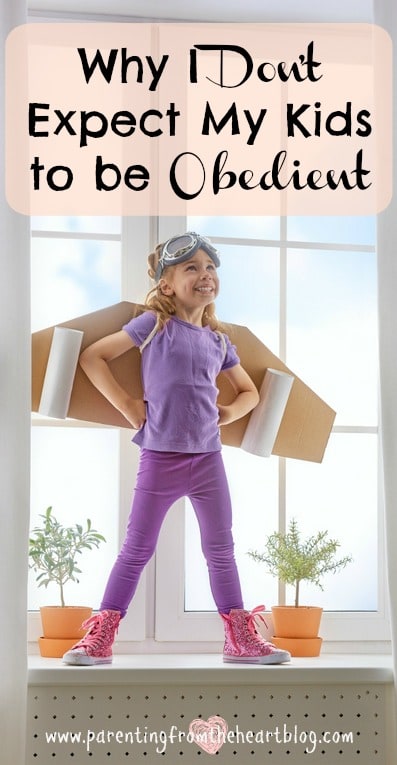 This whole endeavour had me thinking about my parenting and the fact that my kids aren’t obedient.

My parenting does not consist of commanding. And as such, my kids don’t obey. They bounce, question, voice their opinions and explore. If the era of “kids should be seen and not heard” witnessed my parenting and my kids’ behaviour, they would be aghast. But there are several reasons I’m confident in this approach.

Obedience is defined as “complying or willing to comply with orders or requests; submissive to another’s will.”

Aside from the overall health and safety of my children, my two biggest goals as a parent are that I raise kids that have high moral reasoning and can think for themselves. I cannot raise my children with these values by punishing them when they don’t conform. Moreover, “training” my kids to act a certain way or demanding compliance even without punishment won’t work.

Obedient children grow into obedient adults. They’re less likely to stand up for themselves, more likely to be taken advantage of. They’re also capable of simply following orders without question, without taking responsibility for their actions. – Dr. Laura Markham

Kids from authoritarian [strict, punitive] families may be relatively well-behaved. But they also tend to be less resourceful, have poorer social skills, and lower self-esteem. Compared with kids from authoritative households, kids exposed to authoritarian discipline may also achieve less at school. – Dr Gwen Dewar

As a result, I want my children to have internalised moral reasoning. Demanding adherence to rules does not produce adults with high moral reasoning. In fact, it does the opposite. In a very extreme example, one researcher found that members of the Third Reich in Nazi Germany were from families that put a high emphasis on obedience.

Parenting is a process

So, instead of running an authoritarian household, I understand that disciplining my children is a process. And, I continue to encourage their creativity. I answer their neverending questions. When they question my authority on something, I get down to their level, acknowledge their concern, and explain as simply as possible why a given expectation exists. If they fail to comply, I work to scaffold their behaviour understanding that self-regulation and good behaviour is difficult for little kids.

Though it doesn’t yield immediately well-behaved, obedient kids, I am confident that my very animated children are on the right track.

Previous Post: « These 15 Advent Calendars Without Candy Will Make you Smile
Next Post: Learn with Shopkins: Teach Numeracy Using Manipulatives »