You are here: Home / Positive Parenting Strategies / How to find peace in the heat of the moment and stop yelling at your kids

Yelling at your kids can become a hard habit to break but it can also be quite damaging. This one simple strategy stops me from yelling at my kids and it can work for you too.

Get a free printable with these tips at the bottom of the post.

Seeking refuge from the heat, I decided we would have an indoor day. My only plan was to get through a massive list of to-dos while my kids played. I don’t want to be the parent who always orchestrates and oversees my kids’ fun. So I shooed them off to play with some of their favourite toys in the basement. 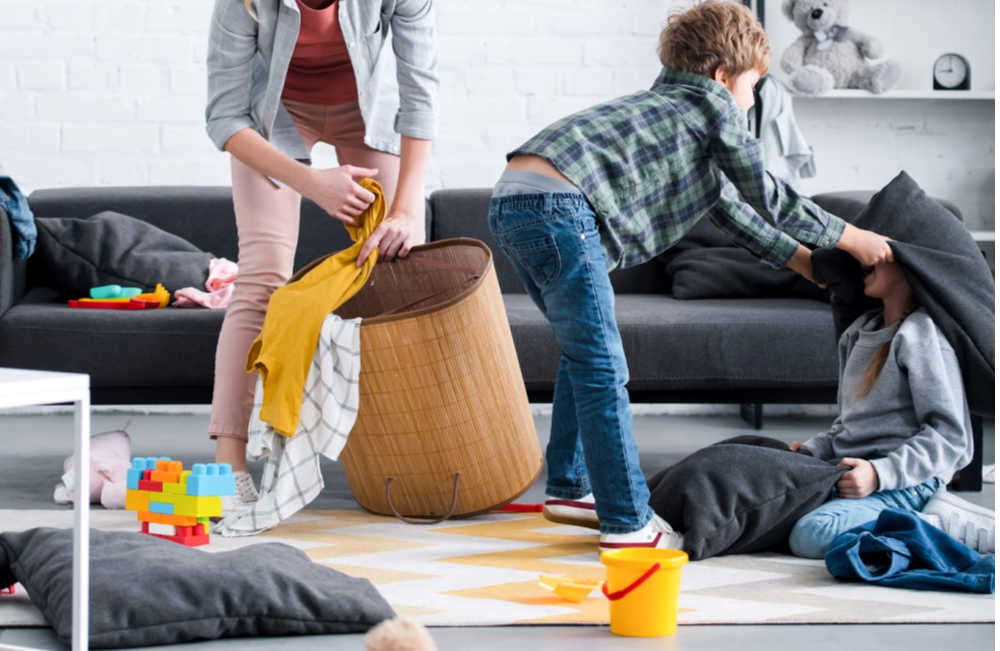 My kids were making a mess and bothering each other while I was trying to tidy.

My kids weren’t exactly on board.

Sensing my preoccupation, both my daughter and my son started whining. A lot.

Any time I made any progress on the kitchen, it felt like two steps forward, one step back.

When I was in the kitchen unloading the dishwasher, they were taking out all their Playmobil and arguing. As they pulled out every Disney costume we own, I tried to sweep.

I did my best to appease them.

You want Oreos? Sure.

Want to watch a show? Why not.

You want to take out every single craft supply known to mankind and paint it? Heck, this place isn’t getting any cleaner. Go for it!

Related reading: The crucial difference between positive and permissive parenting 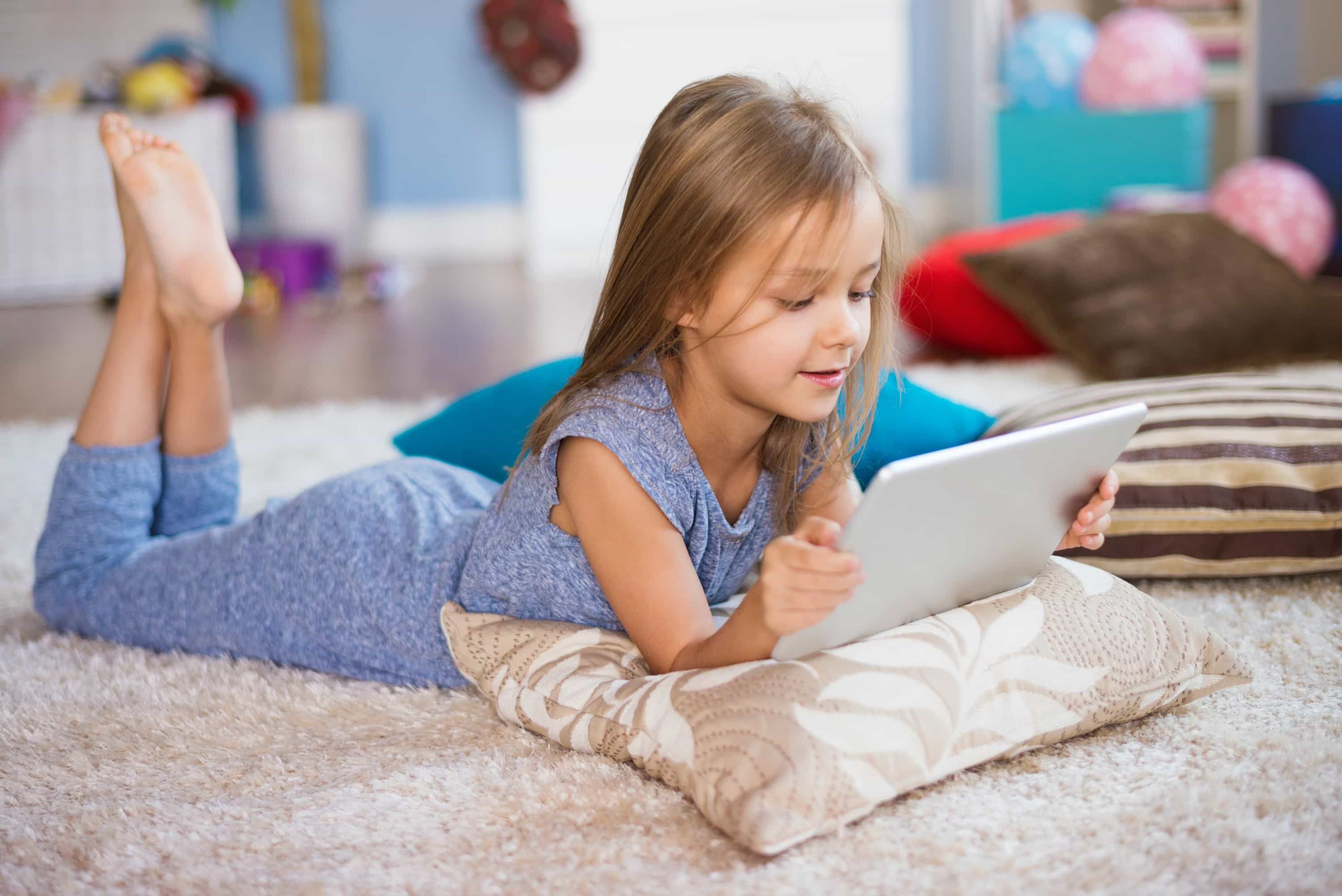 The kids had had far too much screen time.

The more I ushered them away, the more they fought, whined and complained. Despite them begging for attention, I just kept trying to get through the spice cabinet and my pantry.

That is until there was one fight too many.

I was standing in the kitchen. Both kids were on the stairs. I can’t even remember which kid pushed the other. But it was the proverbial straw that broke the camel’s back.

That’s when I yelled.

From the depths of my being, I raised my voice to levels I didn’t know I had. 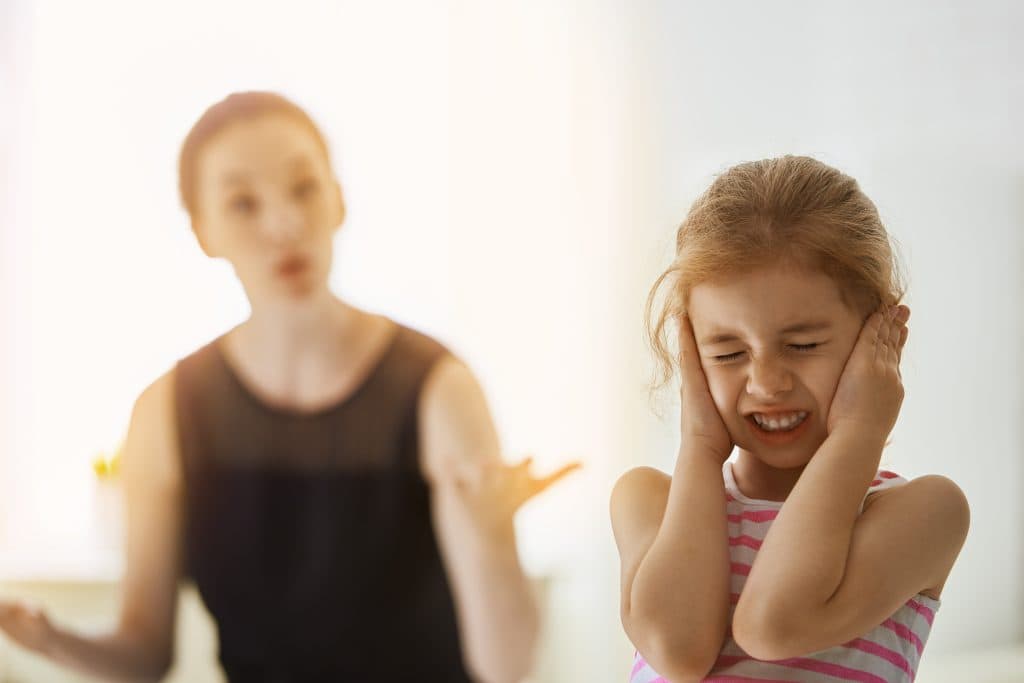 I yelled like I never had before. What made it all worse was I was speaking to my kids.

Now let’s get things straight, this was neither the first nor last time I had raised my voice. Regrettably, I do lose yell at my kids from time-to-time. But the anger I allowed to boil over that day was so intense that even I was taken aback.

The words, “Stop it both of you!” were louder and more shrill than anything I’d ever heard. And I was talking to my kids.

Crestfallen, my son dropped to his knees. It was as if I could see his heart breaking. My strong-willed daughter yelled back.

With that, she started to cry too.

My little ones’ reactions were the most potent reality check I could have had. The anger washed out of me instantly as I grabbed a hold of both of them and apologized.

Slowly, it started to sink in.

Everything I had done that day had been a lead up to this moment.

There are times my kids play independently. They go outside, or play with their toys, or try and make robots out of boxes and whole rolls of scotch tape. But, I had been fighting a losing battle. My kids were craving connection with me. No matter how they tried to get my attention, I remained more focused on task completion than on them.

After that day, I read, researched, and reflected. In time, I adopted a powerful tactic to stop me from yelling at my kids. 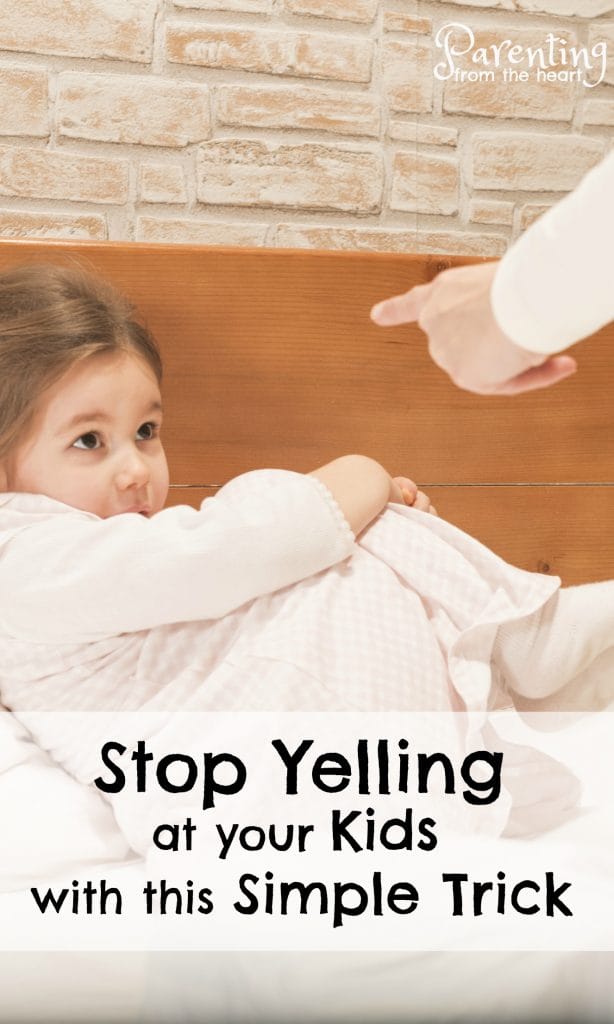 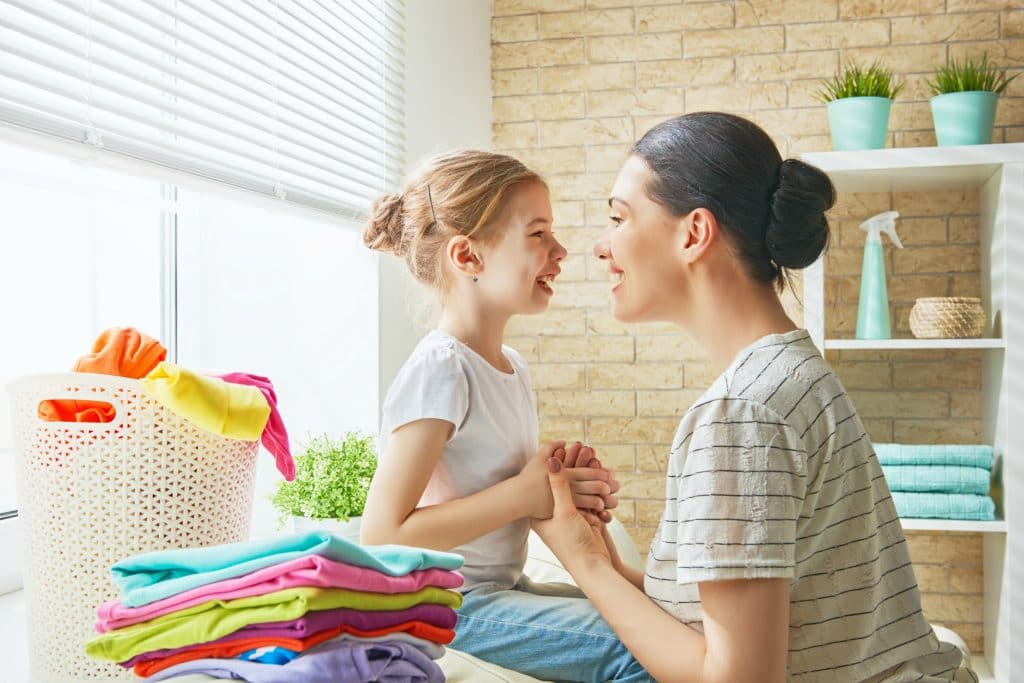 The positive implications of this one strategy have been substantial

The strategy I use to stop yelling at my kids…

I will preface it by saying that self-care is crucial. If I haven’t slept, had alone time, or finished my stale cup of cold coffee, I can’t parent all that well. Leaving my phone and to-do list are pertinent when tensions are rising. But the biggest strategy that has stopped me from yelling is modelling.

In that split second just before I would yell, I take a deep breath. Then, I say as calmly as possible how I’m feeling. Quite literally, I do what I wish they would do when they’re melting down. Except I’m doing it myself.

Often, I use phrasing like, “I’m starting to feel angry because you’re not listening.”

Other times, I say, “I feel like yelling right now.” Or, “I feel frustrated when you whine.”

The modelling goes further than that, though.

Not only do I identify why I feel as though my blood is about to boil, I also tell my kids how I’m going to calm down.

I will say, “I’m going to deep breathe and count down from five.”
Or, “I need space right now. I’m going to stand over here for a moment and then, I’ll be back to talk to you.”

Why I love this strategy to stop yelling at my kids

Other powerful strategies to stop yelling at kids

Though this one strategy to stop yelling at kids has helped me immensely, there are other powerful strategies that help me too.

Since that fateful day where I screamed louder than I’ve screamed before, we’ve made progress. I do still raise my voice. And so, I apologize and explain I’ll try to do better next time. But when I fall short, I get back on track. The difference in our family is palpable. Everyone is calmer. Everyone is more relaxed. I’m still a work in progress but referring back to these tips to stop yelling at kids has paid dividends.

Download a cheat sheet filled with reminders to stay calm in the moment.

FAQ about yelling at kids

Previous Post: « The powerful approach that will get your parenting back on track
Next Post: Parenting a Strong-Willed Child: 10 surefire tips for effective discipline »