You are here: Home / Positive Parenting Strategies / How to End Power Struggles with Your Strong-Willed Child 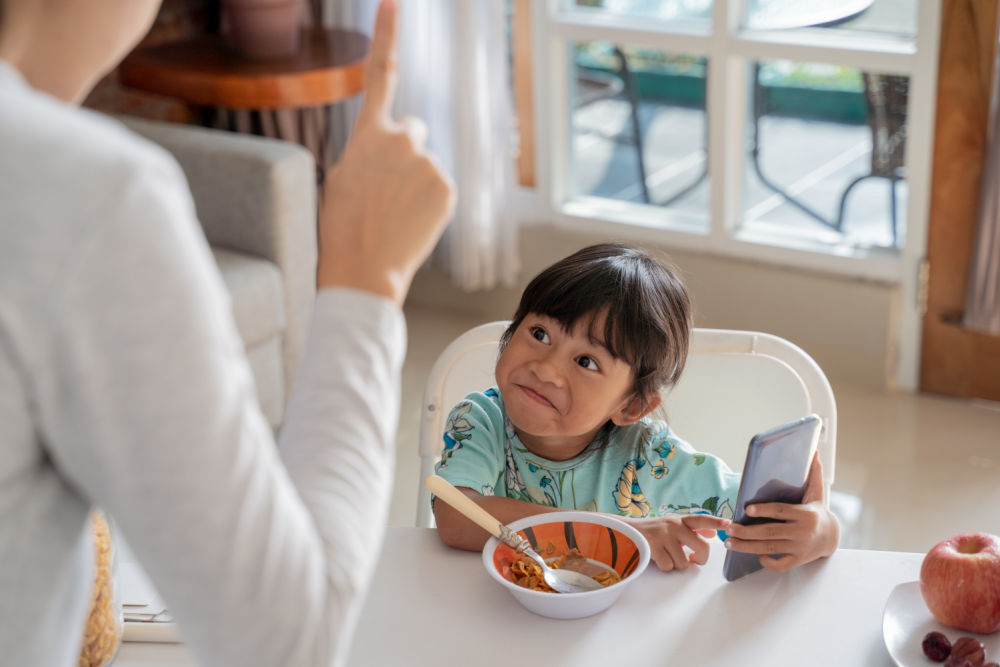 Strong-willed children are prone to power struggles. They’re outspoken and fiercely determined. As parents, it’s hard to face their challenging behaviour patiently. But in order to raise strong-willed children successfully, we must encourage cooperation while maintaining their spirited nature. This is how.

The garage door swung open. “I have the best idea of my life!” my five-year-old’s brown eyes danced with excitement.

No sooner had she made her announcement than she was out the door with a stack of dirty sand toys.

Her enthusiasm piqued my interest, but I knew I could be in for it too…

Earlier that week, we were downtown Ottawa when all things stereotypically Canadian lined the streets. Kiosks opened with stuffed beavers and flannel accessories, outdoor activity simulations, and maple syrup everything. On top of it, there was a gigantic machine dragon and spider that walked through the streets. My kids were aching to attend and were counting down the days.

But as the attractions opened, so did the skies.

It wasn’t just raining. The torrents were such that the water was hitting the asphalt so hard that the rain bounced back. The last thing my husband and I wanted to do was get drenched while waiting in long lineups with two young kids and a baby.

So while cancelling our plans made perfect sense, the change was devastating to our strong-willed daughter.

First, she hit us with what felt like an endless series of “Whys” and “Why not’s?” Then, she cried. When her tears subsided, she bargained. But when offers of cleaning the whole house, never getting in a fight with her brother again and giving us all her money (about $3 in change) didn’t yield the answer she wanted, she was in tears again.

Power struggles tend to be the norm with strong-willed children.

Strong-willed children get their name because they don’t cooperate easily, and are fiercely independent, persistent and confident. The term is intended to frame used to refer to children with difficult temperaments. Meaning that strong-willed children’s biologically based behavioural style results in them being less adaptable, more reactive, and more intense overall.

As a result, these kiddos tend to have big reactions to not getting their way or an unexpected change.

Fortunately for me, as the rain subsided so did my daughter’s emotional storm.

Seeing my daughter up to her chin in beach toys beaming was promising. I was cautiously optimistic. But I didn’t know what her “best idea ever” entailed and if I was about to be the proverbial rain on her newly imagined parade.

So I followed her out onto the front yard to sus out the situation. Her vision was coming to life! She had solicited the help of her brother. The two of them had our t-ball set, a miniature, yet incredibly loud version of whack-a-mole, and beach toys strewn about the front lawn.

She stopped setting up just long enough to tell me, “I’m setting up a celebration for kids!”

They waited and waited.

They patiently waited for patrons longer than I could have imagined. When that didn’t work, they also rebranded from a fiesta to a coloured ice sale and moved closer to the mailbox. They tried their darndest first yelling “Come to our fiesta! It’s a celebration for kids!” Then, “Blue ice for sale! Get your blue ice!”

As their enthusiasm began to subside, I did my best to break it to them.

“You’ve done such a great job, but our street is a dead end and the weather isn’t nice. It’s probably time to clean up and come inside.”

“But no one is here yet,” my daughter was persistent. “We need to wait!”

It was cold, the front yard was a mess and they weren’t getting their intended results.

Everything in me wanted to tell them to give up. But raising two spirited children, I’m starting to realize just how much their ideas mean to them.

They have a plan laid out in their heads. Then, I come in and explain it’s time for school, bed, or clean up. They feel their plans have been undermined and are either furious or crestfallen. They oppose my warnings with a ferocity I both admire and dread.

Unlike other temperament styles, strong-willed children struggle with cooperation and switching gears. They are prone to emotional reactions, question rules, and can seem defiant.

Strong-willed children are challenging, but they also have some of the best predictors of future success.

For one, they are born leaders, persistent in the face of adversity, and self-advocate. They are less likely to follow the crowd and more likely to speak up against injustice. It’s just a matter of getting them to cooperate more now.

It’s taken some time but I’m learning that relinquishing some control is a solid way to avoid unnecessary power struggles.

But it doesn’t stop there, it turns out there are many strategies that can make a difference.

Research on mother-toddler interactions shows that children do best when parents are minimally intrusive (e.g., interrupting play, correcting behaviour), flexible and positive. This means that as much as I wanted to prevent disappointment from no one coming to the blue ice fiesta, I needed to let it play out naturally.

The other benefit of choosing your battles is that by taking a step back and allowing certain choices to play out naturally, children can experience more autonomy and feelings of competence which are important for development.

Front-load by telling them what is expected ahead of time.

Simply, this is a heads up about expectations or that a transition or change of plans is coming. Some examples include setting a limit on iPad time before watching a show, explaining how to behave when out for dinner, or telling them what chores need to be done before can come over. This is a great strategy because it provides guidance outside of the heat of the moment and makes discipline in the heat of the moment make more sense.

Related read: How to discipline a child: why replacing harsh punishments with compassion will improve behaviour

Reframe the behaviour to tame it.

As mentioned previously, this starts with framing behaviour as strong-willed or spirited instead of bratty or difficult. Research on parenting cognitions and child outcomes shows that children whose parents view their challenging behaviour as a result of their poor choices or difficult character experience greater difficulties. Specifically, this study looked at how well children did after their parents attended parenting classes for difficult behaviour. The parents who framed child behaviour as separate from their child (e.g., His behaviour is a sign he’s struggling and not that he’s bad) had the best outcomes.

In the case of the cancelled Canada Day festivities, it would have helped to view my daughter as disappointed instead of entitled.

Power struggles with strong-willed children are frustrating and challenging. No parent is expected to be perfect. However, as much as possible, it is beneficial to take a deep breath and respond with calmness. Not only does this model the behaviour parents want to see in their children, but it also avoids adding fuel to the emotional fire. In fact, research on the development of emotions shows that a parent’s calmness “down-regulates” a child big feelings and is greatly beneficial to them.

It’s important to note that this doesn’t mean caving to a child’s demands or condoning hurtful behaviour. What it means is understanding that the child is struggling and is frustrated, upset or overwhelmed. The truth is, regardless of age, when people feel acknowledged and understood, tensions dissipate. Daniel Siegel, professor of psychiatry and co-author of The Whole-Brain Child, suggests that empathy minimizes the reactivity of the emotional right brain and makes it such that the logical left brain can be more open to reason. This is one of the most potent ways to stop butting heads and start collaborating.

Related reading: These are the best parenting books for parenting strong-willed children

When you can, problem-solve together.

When emotions have calmed, work together to find a solution. This is a great course of action because it respects the child’s autonomy and shows respect for their perspective while figuring out what’s fair. Some examples may include how to fix or pay for something that’s broken, who will do what chores, how to earn back privileges when trust has been broken, or when we may make our way to downtown Ottawa to eat copious amounts of maple syrup candy.

It is natural for strong-willed or any children for that matter to want an explanation when they hear no. However, if the decision is final and an explanation is given, it is okay to disengage. Sometimes more words and more reasoning draw out the emotional reaction. So instead of me answering my daughter’s endless questions of “Why can’t we go?” (or accepting her $3 in change). I had to say, “I know you’re disappointed, but I’ve already answered this. We aren’t going because it’s too wet. I’m not going to keep talking about this.”

If there is no room for negotiating, I’ve started to say “It’s a hard no.” For the most part, my kids now understand that that means the negotiations stop there.

There is no way to avoid power struggles with strong-willed children entirely. But there are strategies that can defuse tensions and promote cooperation.

It took almost two hours for my children to concede no one was coming to their celebration for kids. As they started to clean up, I joined them in solidarity. I have to admire their tenacity though parenting them is no easy feat.