You are here: Home / Your Child's Education / This is How to Raise Successful Children

What makes children successful over their lifetime? Research has answers to this question including why the Power of Yet is a game changer for kids.

At 22-year-old of age, Terry Fox set out on his Marathon of Hope, an endeavour that is responsible for raising over 750 million dollars for cancer research. Before his heroic one-man race, the Simon Fraser University student was not known for his remarkable talents. His brother, Fred Fox is the first to admit, “He wasn’t the best athlete [or] the smartest kid in the classroom.”

So what differentiated this hero from the rest?

Fred says what made his brother truly remarkable was that he worked harder than anyone else.

When Terry didn’t make his high school basketball team, he dedicated all of his spare time to getting better. By grade 12, he won the school’s athlete of the year award. And in university, he secured a spot on the SFU varsity team over more talented players because of his demonstrable tenacity.

The diagnosis that would set the stage for his heroism

During university, Fox was diagnosed with cancer and had his leg amputated. Once out of the hospital, he admitted he was angry at how little money was given to cancer research. He had seen how integral the research was in his own prognosis.

Learning of Dick Traum, the first amputee to complete a marathon, Fox planned his own race. However, instead of running 42km once, he set out to run approximately 42km each day to across Canada to raise money for cancer research. Initially, he hoped his endeavour would raise one million dollars. Instead, Terry Fox is responsible for a movement that has raised nearly one billion.

The criteria for remarkable success in anyone

The majority of us will not face the tribulations nor have the opportunity to make a substantial impact on the world as Fox did. However, Terry Fox’s life embodies predictors of exceptional outcomes in anyone. He was not remarkably talented but he was remarkably tenacious.

Studies have established that these qualities were more accurate predicting educational and career outcomes in life than talent or opportunity.

How do we develop the skills needed for success in our kids?

Dr Carol Dweck and her colleagues studied students attitudes towards failure. Their research uncovered that students who believed intelligence could be developed were more likely to succeed. These children possessed a growth mindset and the understanding that effort makes them stronger. Their efforts led to higher achievement.

When our children experience a setback or failure, we should frame it in a way that promotes perseverance. If they’re frustrated, start by expressing empathy. Then, we can re-frame the failure by adding the word yet.

The first example uses a fixed mindset and promotes a defeatist attitude. The second illustrates the power of yet. There is room for growth and improvement. I am on a learning curve. Eventually, I will be good at multiplication. 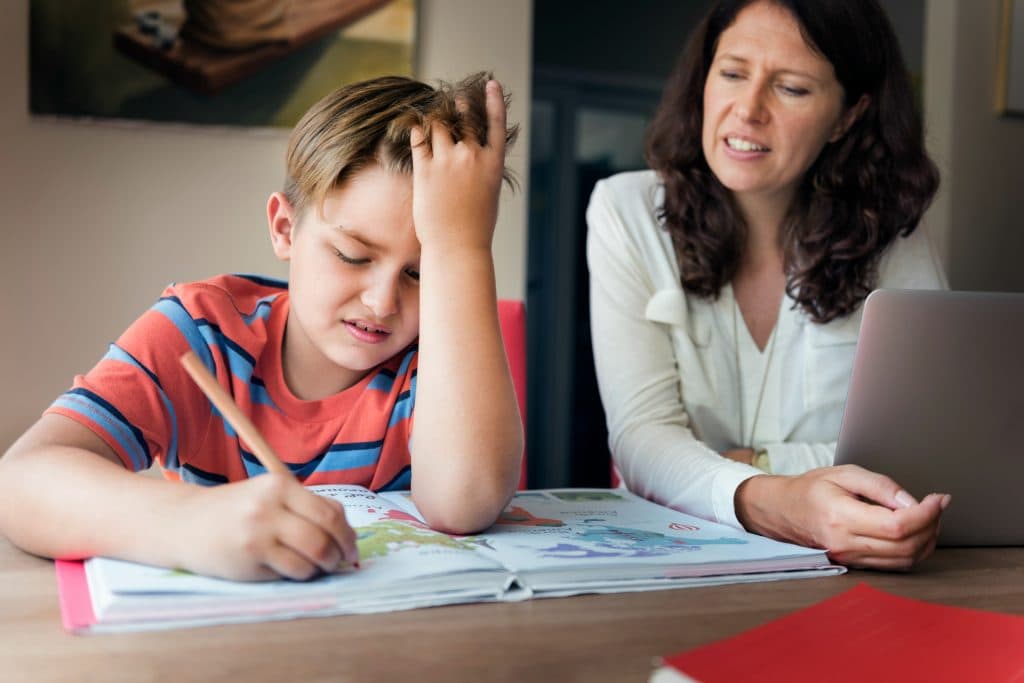 Use the Power of Yet to encourage your child and develop grit, a predictor of success.

2. Praise worth ethic over result

A study from the Columbia University found that when parents praise children for their intelligence instead of their work ethic, children equate struggles with stupidity. We want to encourage children to continue to work towards positive outcomes. Children benefit from being specifically told what actions were desirable so they can replicate the results.

Behavioural scientists assert that children experience the most growth when they operate at the edge of their capabilities. Parents can help children challenge themselves by first establishing what their children are passionate about. Then, we can facilitate their growth within those domains.

This post was sponsored by Heritage Education Funds & RESPs. All opinions expressed are my own.

4. Encourage the pursuit of their passion

“A consuming passion is the last thing you think about before you go to bed at night and the first thing you think about when you wake up… It feels like an addiction, and if someone told you to stop, it would be impossible for you to give it up,” says Brian Schwartz, author of the award-winning 50 Interviews series. Passion ignites grit.

For instance, after volunteering at hospitals, student Chris Tse realized how much he wanted a career in healthcare. He wanted to make a difference in people’s lives when they needed it the most. His passion drove him to complete a bachelor’s degree and science to inspired him to apply to the University of Toronto’s pharmacy program. Chris is now a second-year PharmD (Doctor of Pharmacy) Student.

5. Save for their future so they can actualize their dreams

It is prudent to invest in our children’s futures instrumentally and financially. Parents who invest in RESPs have the capacity to send their children to the post-secondary institute of their choice.

Chris Tse’s parents are first-generation immigrants who faced hardships coming to Canada. Nevertheless, they chose to invest in Heritage Education Funds, one of Canada’s leading providers of group RESPs, so that their son could actualize his dreams.

Over more than 50 years, Canadian students have used Heritage RESPs to help them realize their dreams of a post-secondary education. The company is non-profit and has paid out $1.71 billion to beneficiaries.

Related resource: What are RESPs?

To pin this post about the Power of Yet and raising successful children, click the image below 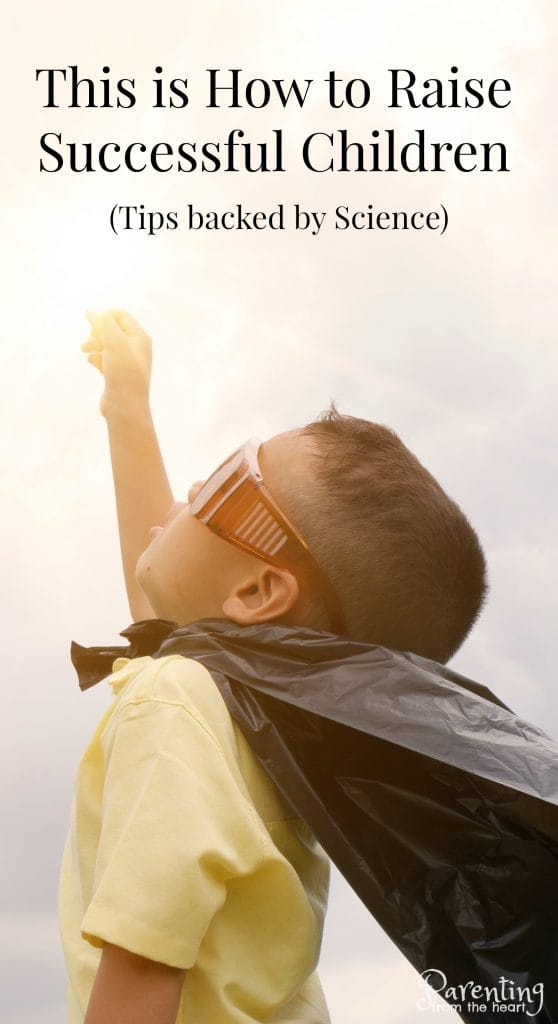 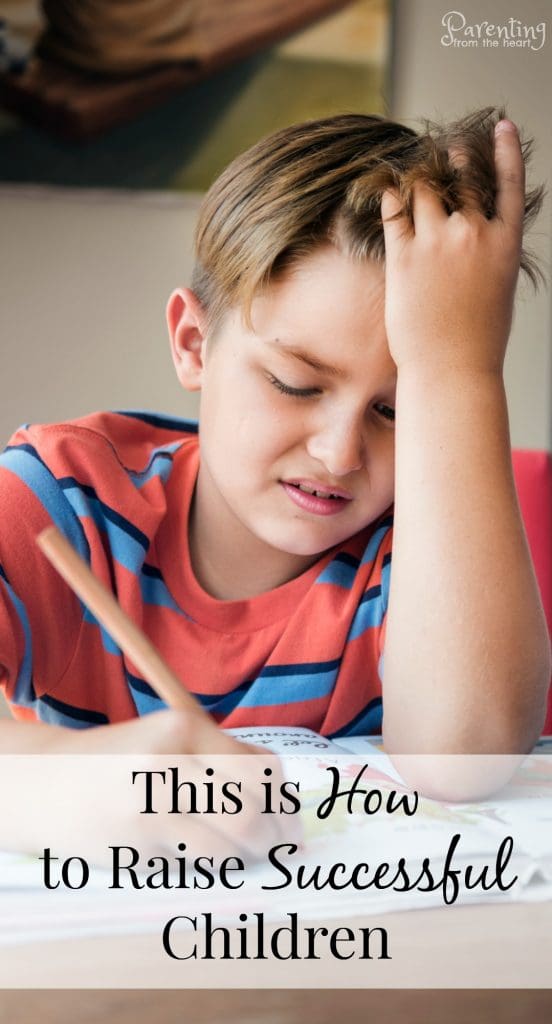 Previous Post: « How to Buy Christmas Gifts for the Kids Who Have Everything
Next Post: When Anger Gets the Best of You, This is What You Can Do »

Absolutely love this. via @the_therapist_parent