You are here: Home / Positive Parenting Strategies / Time-in vs. Timeout: How to decide what’s right for your family 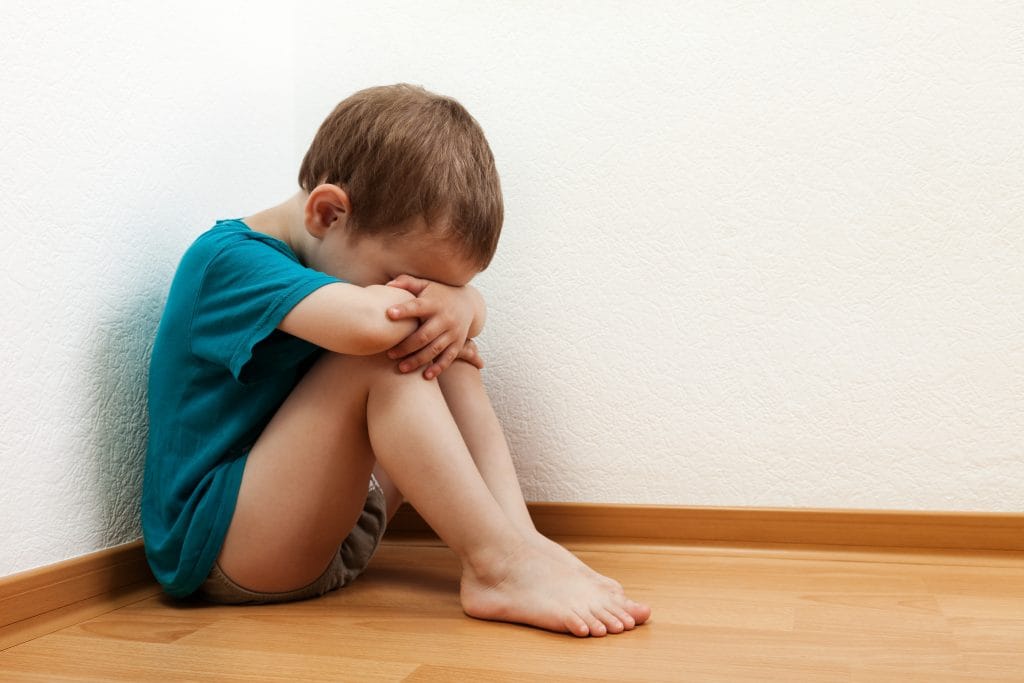 Pop psychology is littered with information on the consequences of timeouts and why parents should use time-ins instead. The truth is, it isn’t as cut and dry as that. Inside you will find info on positive discipline including time-ins as well as what research says about both disciplinary techniques.

The research on time-ins vs. timeouts isn’t clear cut. As an advocate for positive parenting, I have regularly written about how parents should not isolate their children when they are having a hard time.

And though I maintain this stance, it turns out, as is the case with many facets of life, the case against timeouts isn’t as clear-cut as that.

Consider the example of my son.

When life gets the best of my normally agreeable son, he can get emotional, irrational, and angry. When he’s like this, I can’t coach him through what he’s feeling.

This is how it unravels…

My daughter is playing quietly when my son interrupts.

Frustrated, she asks for space. My boy gets closer. I intervene by getting down to his level and reiterating his sister wants space. Then, I attempt to redirect his energy by suggesting we play together.

That’s when he responds with a primal grunt and get closer again. I give him a warning and tell him if he can’t respect his sister’s wishes, I will take him to his room.

He screams and knocks over her toys.

Then, I bring him to his room and try to stay with him.

When life gets tough, my son is prone to meltdowns.

I try to stay with my son because of all of the articles on time-ins vs. timeouts

The internet is peppered with articles questioning the efficacy of timeouts and suggesting the positive alternative of taking the timeout together.

This begs the question, what are time-ins?

Simply put, time-ins are inclusionary timeouts. The parent or caregiver removes a child from a situation to stop their misbehaviour. In contrast to timeouts, during time-in discipline, the parent stays with the child until he or she is calm.

Because this resonates with me, I did my best to be there for my little guy. No matter how hard I tried, all it did was escalate the situation.

Interestingly, the research on the effectiveness of time-in discipline is inconclusive.

As one researcher, George Holdon shared with Time Magazine:

He furthers this by saying, “I think that’s going overboard [by forgoing time-outs]… There’s certainly a fair amount of research literature that shows time-outs can be effective in changing problem behavior.”

But it’s not just Holdon, Pediatric psychologist Amy Draton echoes this, stating we should not abandon an effective disciplinary practice in favour of one without evidence (3).

In addition, during my time writing this blog, I have been able to find research to support the claims by Holdon and Draton, but have yet to find evidence in support of time-ins.

It appears that the evidence in support of time-ins is anecdotal at best. 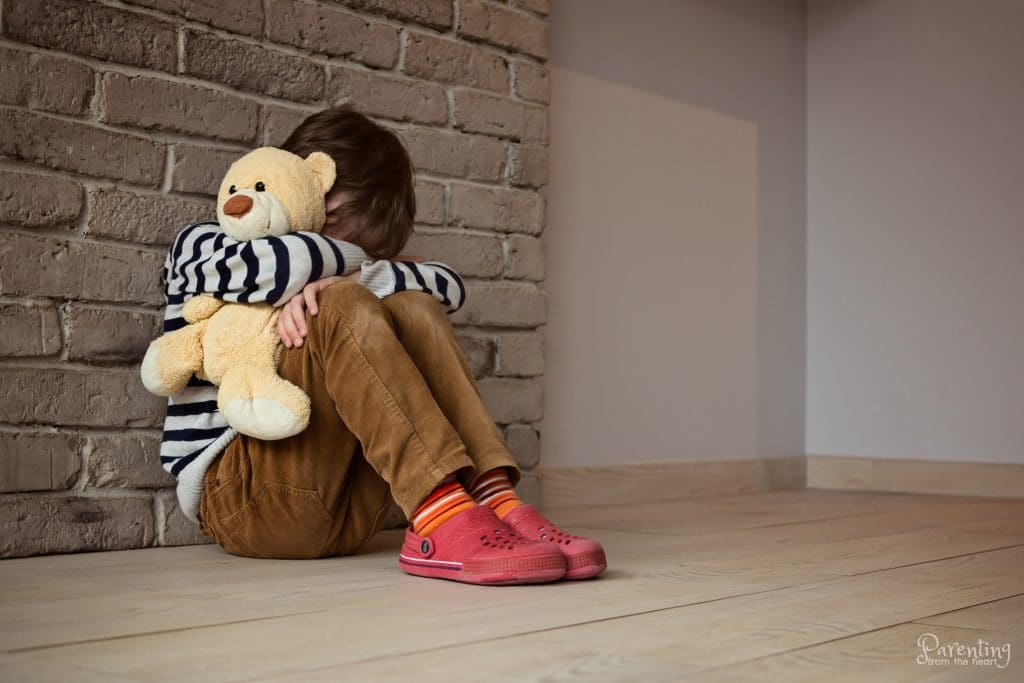 I want to stay with my son but he won’t let me.

Read: Calm Down Corner: Why have one and what’s in ours

So this begs the question, what does the research say about both exclusionary and non-exclusionary timeouts?

The commonly used disciplinary technique in the US is timeouts, second only to discussions about a child’s behaviour (1). Despite their popularity, parents and caregivers largely misuse and misimplement timeouts.

Research from the beginning of the 20th century favoured more positive measures of discipline.

When timeouts emerged, they were intended as the last step in a series of disciplinary measures – not a stand-alone technique.

Research from the ’30s and ’40s suggested that caregivers should focus mainly on positive reinforcement. This meant that teachers and parents should largely focus on warm regard, positive reinforcement, modelling (2) and quality time together to facilitate good behaviour (1). This research suggested that effective discipline was contingent on positive reinforcers. Namely, children behaved their best when they had quality time with their parents, received praise, and parents used positive dialogue. This research also found that if positive measures weren’t met, children would likely be ambivalent if put in timeout (2).

When positive strategies didn’t work, then it is recommended that adults use a non-exclusionary timeout. This is where the child sits to the side with or without the adult. For instance, a teacher or parent who moves a child away from his peers and closer to the adult is performing a non-exclusionary timeout. Adults were only to use exclusionary timeouts in severe situations such as acts of aggression or with children who could not sit calmly to the side of a social situation. The main goal of timeouts was to temporarily remove the child from positive reinforcers for misbehaviour but not break the attachment bond.

Secure attachment is critical for a child’s wellness.

A secure attachment bond ensures that your child will feel secure, understood, and calm enough to experience optimal development of his or her nervous system. Your child’s developing brain organizes itself to provide your child with the best foundation for life: a feeling of safety that results in eagerness to learn, healthy self-awareness, trust, and empathy.

Because of this perspective, many experts recommend time-ins so as to not break or damage the attachment bond. They fear timeouts may communicate to the child, “I am not there for you when you are struggling the most.” As previously stated, the limited research on time-ins shows no evidence they are effective. In addition, secure attachment isn’t jeopardized by temporarily separating from a child (1). In fact, research shows that timeouts can, in fact, be effective. For instance, they offer the child and parent the opportunity to calm down. As such, researchers Dadds and Tully suggest reassuring children when separating from them for disciplinary purposes. For instance, say: “You are loved, you are my child, you are safe, this is not about you or us, it is just about this instance of aggression (1).

Based on the evidence what’s the best approach to time-ins vs. timeouts?

First of all, the research suggests that when determining an effective disciplinary strategy for their own children, caregivers should ask themselves:

Time-in vs. timeout and the application of these questions

In our own home, basic needs such as connection, hunger, fatigue and overstimulation are often the reason my children struggle to behave. Because of this, my first step in discipline is to answer and potentially solve question 4. From there, if needed, I redirect their behaviour. For instance, if they have been rude or overly emotional, I offer a more functional way of conveying the same message. Or, if the kids are fighting, then I help script conflict resolution.

It is only when someone is unwilling to engage in conflict resolution or appropriate behaviour, I choose between a time-in or timeout based on what my kids respond to best.

Regardless of each kid’s preference, I don’t isolate a child who wants my support or is in distress.

A final note on time-ins and timeouts

As of right now, research favours timeouts instead of time-ins. Based on this, if this form of discipline works and de-escalates the situation in your home, you may want to continue to use them. However, a child who is sad or desperate for a parent’s help should never be isolated. As is the case with all discipline, the main focus of any disciplinary measure should be on the child’s emotional and physical well-being as well as the ability to promote cooperation and better behaviour overall.

How to execute positive parenting from a position of strength

Science says this is how to execute discipline effectively

What is positive discipline and why you might have it wrong

FAQ about time-ins and timeouts

This is the crucial difference between positive and permissive parenting

Previous Post: « Songs are one of the most powerful ways to ease toddler transitions
Next Post: The best books for potty training toddlers »