You are here: Home / Positive Parenting Strategies / Research says this is how to raise children who want to do the right thing

As parents, we know our children will face peer pressure and other temptations. Find out what research says is the best way to raise children who want to do right.

A 70 something-year-old man with jet black hair wearing a black cotton t-shirt took the stage at a TED conference.

While his attire was casual, his talk certainly was not. With the spotlight on him, Philip Zimbarto paced back and forth. On the screen behind him were the words, “Evil: What makes people go wrong?” He referenced growing up in the South Bronx – the ghetto. There, many of his friends lived double lives. Though they seemed to be kind people, they were involved with drugs and violence. Many went to jail or wound up dead.

As he dug into the crux of his presentation, Zimbardo explained that privileged people tend to think that there is an impermeable divide between good and evil, with us on the right side of it all. Unfortunately, his research suggests otherwise. Not only is the line is much closer to us than we’d like to think, but it is also more permeable too. During his time working on the Standford Prison experiment, as well as his analysis of the abuse committed by American soldiers on Iraqi prisoners, Zimbardo is aware that the average person is capable of engaging in heinous crimes.

The truth is psychopathy (antisocial personality disorder) only occurs in 1-4% of the population. But gangs, violence, and other criminal activity are much more prevalent.

Though Zimbardo’s initial study was flawed, psychological experiments, such as the Milgram experiment on obedience, demonstrate that under certain circumstances, the majority of participants will slowly obey authority and eventually cause harm (or perceived harm) to others.

This is how these studies have implications for our children facing peer pressure.

Parents know the average child will face blatant and subtle forms of peer pressure in their lifetime. Children will likely be offered drugs, be tempted to drive home drunk and/ or steal. As they grow up, children will also brush elbows with people involved in crime. Some of their peers will join gangs, while others will be involved in other schemes. What the above-mentioned research suggests is that the more people start to say yes to small propositions against their morals, the more likely will continue to say yes to more consequential choices.

So, how do we safeguard our children from peer pressure and making bad choices as a whole?

These experiments are concerning. The results show we need to look at obedience and moral reasoning. In order to raise children who want to do the right thing, we need to develop their inner sense of what is virtuous. At the same time, we need to care less about our children’s obedience. Obedient people rely on authority to make their judgements for them. They feel less responsible and focus more on avoiding immediate punishment than what is right.

The moment I’m made to do something, I’m no longer a moral agent. And whatever I do, however good it is, doesn’t really qualify as moral action.

How do I teach my child to do what’s right without forcing them to obey?

According to experts in the field of moral development, parents regular use of power to coerce children to listen creates problems. Specifically, authoritarian parents are more likely to have children who exhibit antisocial and dysfunctional behaviour (source).

The best approach to raising a child to do what’s right is to adopt a positive parenting approach to discipline. Instead of resorting to controlling our children and their environment, we need to foster empathy, discernment, and the ability to stand up for what’s right. 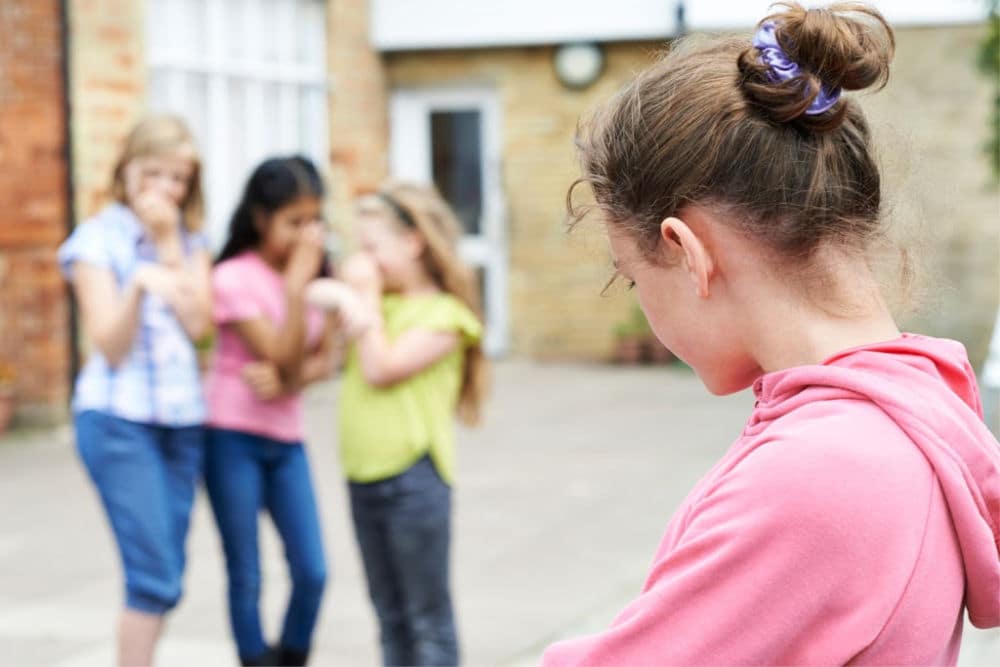 Here are research-backed methods for raising children who want to do what’s right.

Use power minimally. The more parents use power assertion, threats or force, the more children rely on external sources for their moral judgement and make them more susceptible to succumbing to peer pressure. Of course, there are times where parents need to use power to intervene. For instance, if a child is about to hit her brother, we should stop the child. Or if a toddler is screaming in the library, we need to remove him. In general, parents should avoid the use of force unless absolutely necessary.

Instead, model values, use positive language and guidance. Modelling is one of the most powerful and effective tools parents have to imprint on their children. Embody the values you would like to see in your children as this is one of the most powerful ways to teach them. Other effective strategies to increase moral reasoning include using positive language and using loving guidance. When research examined parents who told their children what to do instead of what they shouldn’t do, children were less likely to show antisocial behaviours (source). Finally, children, whose parents use positive discipline, are more likely to have well developed moral reasoning (source).

Promote dialogue. While there are some rules that shouldn’t have wiggle room, all rules should be open for discussion. Children need to understand why your expectations exist. As one study found, a Socratic approach to discipline is linked to a higher level of moral reasoning (source).

As he concluded his TED Talk, Zimbardo talks about promoting heroism in our children. It starts by recognizing that we are susceptible to sliding down a slippery slope starting with peer pressure. As parents, our role is to promote empathy, problem-solving and social awareness. This starts by working with them and abandoning the propensity to control them. In doing this, we will raise children who are strong morally. We will set them up to have the best possible impact on the world around them.

More articles you may find useful:

The best and worst consqeuences for moral development

How to discipline a child: Science say this is the best approach

Previous Post: « How to Get Your Kids to Listen Without Yelling
Next Post: What to do outside on a rainy day with kids »