You are here: Home / Positive Parenting Strategies / Why Boys (and Girls) Need to Roughhouse

Do boys need to roughhouse? As it turns out there are many benefits to boys and girls engaging in rough-and-tumble play. Find out why below.

Recently, my husband and I have brought our newest addition home from the hospital. It is an incredibly tender time. I am in the process of healing from my third c-section and have been fairly confined to the couch. But, it has been a nearly perfect place to soak up all of the baby snuggles. My two older children are so doting and loving to their baby brother too. Really, if I could make time slow down so I could enjoy it all that much more, I would.

As serene and lovely as it all is, being confined to a couch doesn’t always work well for my three-and-a-half-year-old son. While he is sensitive, affectionate, and likes to spend time close to me, he is also a rough-and-tumble kid. There are times, I swear, he is trying a preschooler version of parkour over my head, off the bed and onto wherever he lands!

Living with a preschooler boy feels zoo-like at the best of times. Because I just had a baby and am recovering from surgery, his acrobatics can wear on me quite fast.

All too often, it is tempting to tell my bouncy boy he should sit down, calm down or just STOP.

Despite the seeming unruliness of it all, I know boys need to roughhouse. All kids do in fact. But boys have a greater propensity for it all. So, There is a point to all of that couch climbing, bed jumping, in-house running madness. As a result, I let both my daughter and son burn off energy by engaging in rough and tumble play. 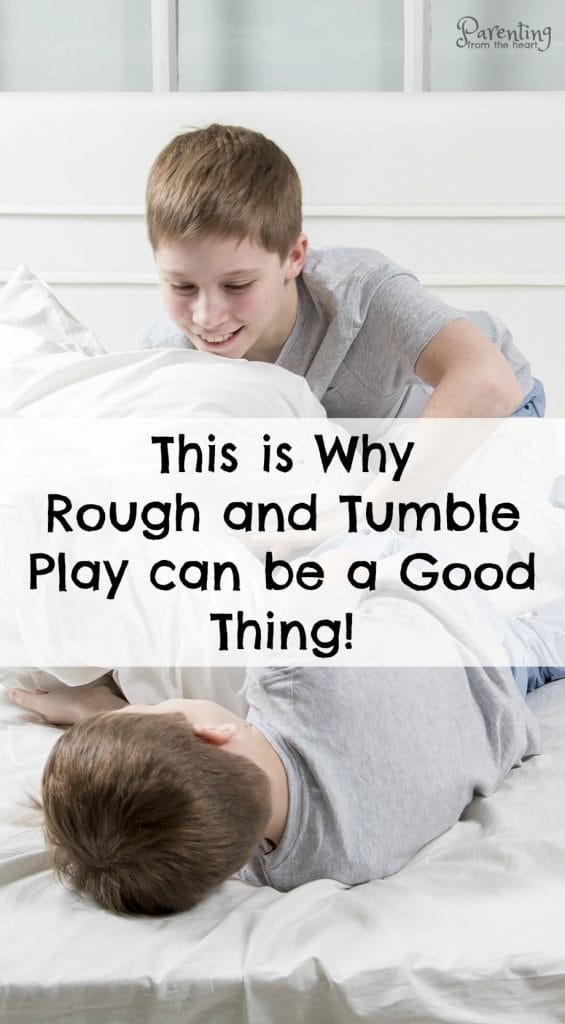 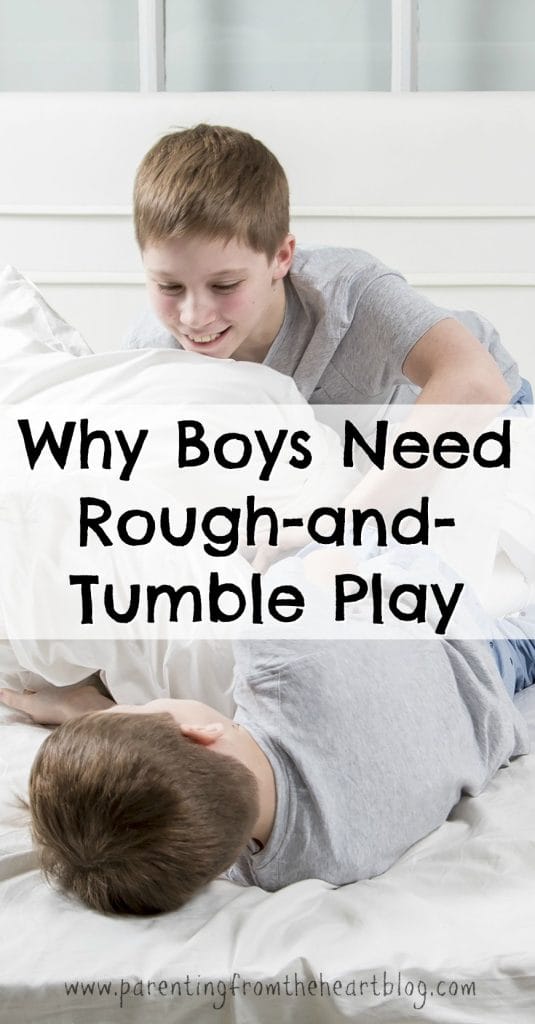 Roughhousing or rough-and-tumble play is actually non-aggressive behaviour. However, it does mimic aggressive actions such as wrestling, jumping, kicking, and tackling. The big difference? In play fighting, kids are smiling and laughing. They take turns attacking. In comparison, actual fighting is typified by crying or demonstrations of anger.  For mamas worried about the safety of children roughhousing, research has shown only about 1% of rough play turns into actual fighting. In addition, parents who engage in roughhousing with their children can help coach their kids so they understand how to stay safe.

So Why Do Boys Need to Roughhouse?

While both girls and boys benefit from rough play, studies have shown when given equal opportunity to play however they like, boys engage in it more. Moreover, by the age of three, boys show twice as much aggression as girls do. I am the mom of both an active daughter and son, both enjoy roughhousing. We tackle, tickle, jump on, and wrangle each other giggling all the while. However, I can honestly say there is one child who can be seen climbing the furniture, jumping on the bed, or poking the bear (my husband) in the hopes of wrestling way more than the other.

The Benefits of Roughhousing

There are many benefits to roughhousing for kids substantiated by research.Here are several.

In addition to these benefits, children benefit from roughhousing because it increases physical touch. Because of the physical nature and the fact that preschool boys are learning their limits, there certainly can be tears. The key is to set guidelines, model appropriate play behaviour, and level of roughness. In doing so, children, boys especially, have an outlet for their physical nature. Moreover, they begin to understand how to limit themselves and be mindful of coming on too strong.

So even though it can seem ill-behaved, girls and boys need to roughhouse. The benefits far outweigh any perceived unruliness.